The first comprehensive review of custom GeForce GTX 1080 graphics card has been posted by ComputerBase.

I thought many of you would be interested in seeing how custom GTX 1080 does in first detailed review. Firstly here’s new new picture of the STRIX GTX 1080 PCB. Card is equipped with 10 phases (8 GPU and 2 Memory). This fully custom design is powered by two power connectors (6+8pin). 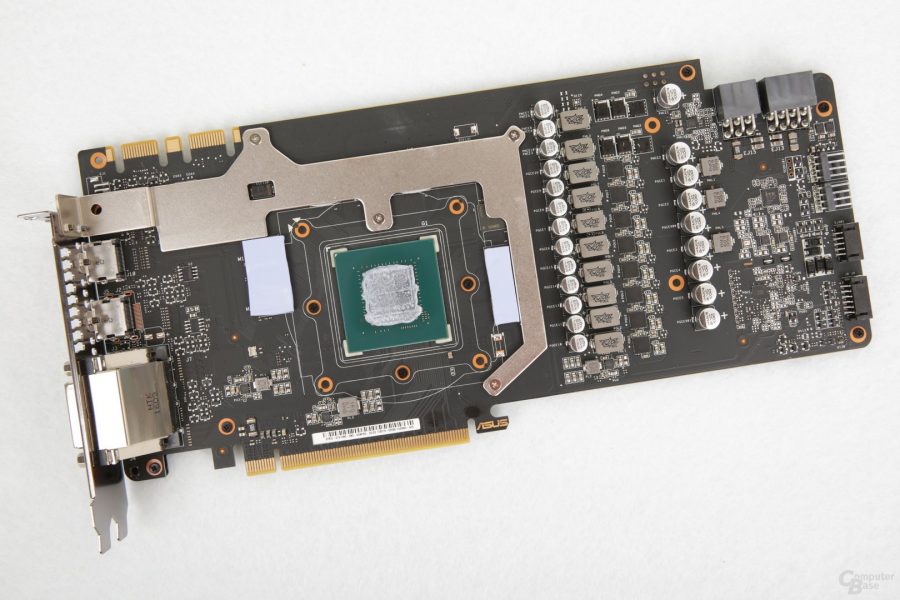 Since ROG STRIX GTX 1080 is factory-overclocked, it performs better than Founders Edition (while being 20 EUR cheaper). This card has few OC settings, so it totally up to user to decide which settings will be most suitable. 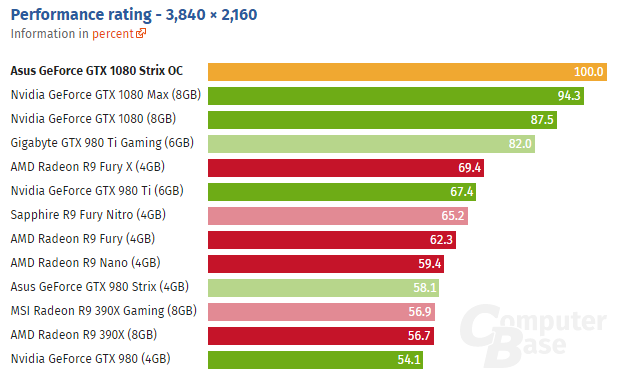 That said ComputerBase confirmed the rumors from PCGamesHardware. The so-called Extreme overclocking (2050+ MHz) on STRIX GTX 1080 is poor. All cards are locked to 1.25V maximum, and when the voltage gets close this value, card become unstable. Neither bypassing VRM controller nor removing TDP limit has made any difference. However once LN2 is in action, the clock frequency can go up to 2400 MHz.

Either way, the chase of mysterious 2.114 GHz clock advertised by NVIDIA has still not found its conclusion, even on this custom card.

Memory overclocking is a different story. There is no problem achieving 5600 MHz clock (11.2 GHz effective), but the GPU Tweak tool has an error showing lower clock, so some caution is advised.

I recommend that you check the link below for more information (like temperature and noise test).