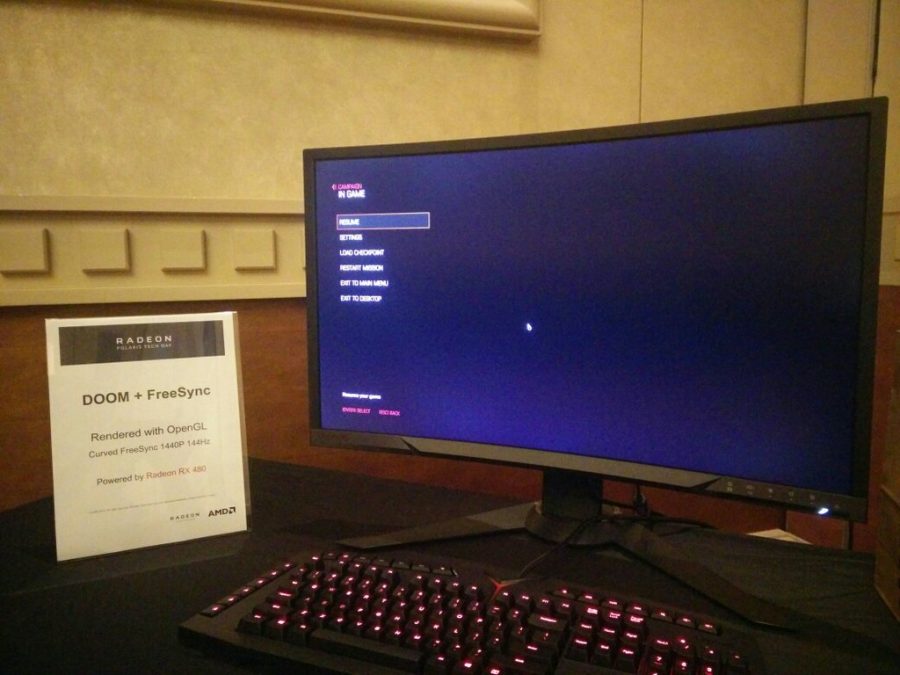 AMD has demoed Radeon RX 480 at Polaris editors days. The demonstration was showing yet announced RX 480 graphics rendering graphics in OpenGL API at 1440p resolution. The editor of PCWorld noticed that the monitor (Lenovo Y27F) can only output 1080p resolution, so the demo was most likely using VSR (Virtual Super Resolution). It’s also worth noting that this monitor has 144 Hz refresh rate.

AMD has inadvertently confirmed that they are planning to launch Polaris 10 as X80 solution, which usually means 250-300 USD price tag. Although no detailed information was provided alongside this leak (leak, because twit was later removed), it is believed that R9 480 can provide more frames at 1440p than R9 380X is able to deliver at 1080p. If Polaris 10 is capable of sustaining 60 FPS at 1440p, then performance-wise it would be put between R9 390X and R9 Nano.

Since AMD is calling this graphics processor Radeon RX 480 then I suppose AMD has not yet decided if this card will be called R9 480X or R9 480.

AMD will unveil more details during Computex livestream which starts on May 31st at 10 PM EST.