the Most Advanced Gaming Graphics is Born 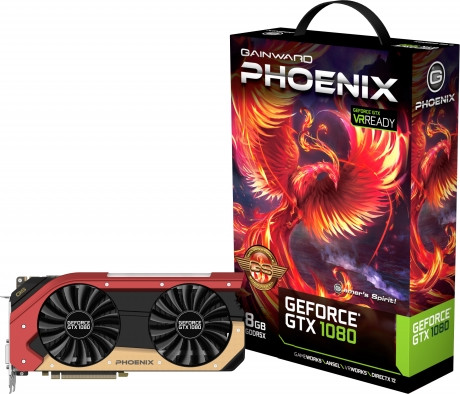 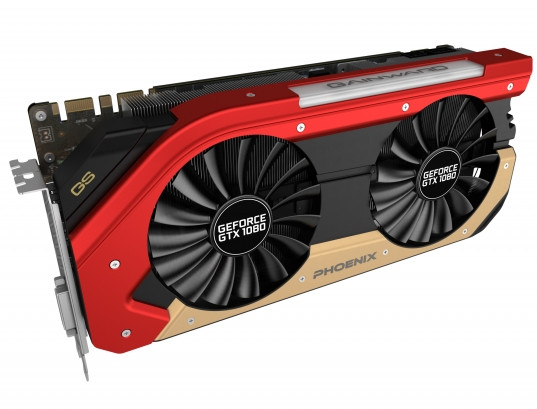 Gainward GeForce® GTX 1080 Phoenix series comes with new Phoenix cooler design, provides extreme high thermal performance with very low acoustic level even under heavy-loading gaming environment. The cooler design is also including a LED-lighting loading indicator that gives users clear indication for the GPU temperature range. And, a “dual BIOS” design brings the confidence from a second VBIOS on the board that provides backup-BIOS to boot up whenever needed.

Gainward GeForce® GTX 1080 Phoenix series is built for the most demanding gaming enthusiasts, users will experience a whole new class of the performance enhanced 4K gaming environment with it. Combining the latest technologies and extreme performance of the new NVIDIA Pascal™ architecture, it is the fastest, most advanced graphics card on the planet. 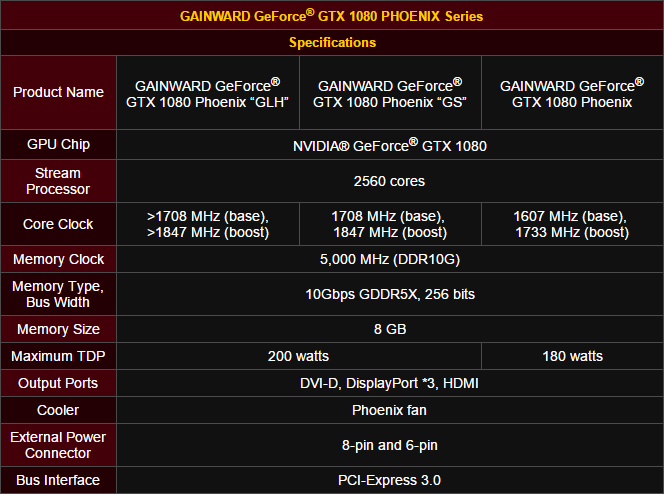