Inno3D joins party of the triple-fan LED illuminated GTX 1080 cooling solutions. Company releases two cards today, the iChill X3 and X4. The X4 has additional fan on the side, which is said to provide additional heat dissipation from VRM section. Both cards are equipped with two power connectors: 6pin and 8pin, although power section is just 6+1 phase.

Inno3D iChill GTX 1080 Series will be showcased at Computex, where we expect to learn more details about these cards, including clock speeds and prices. 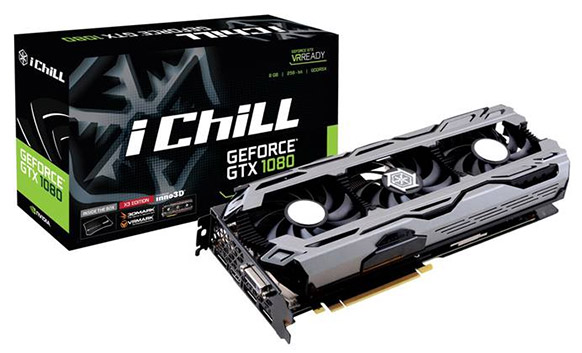 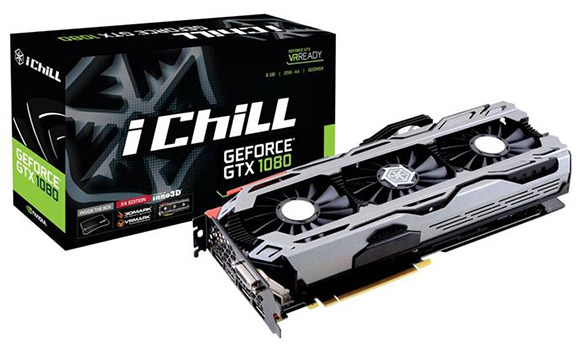