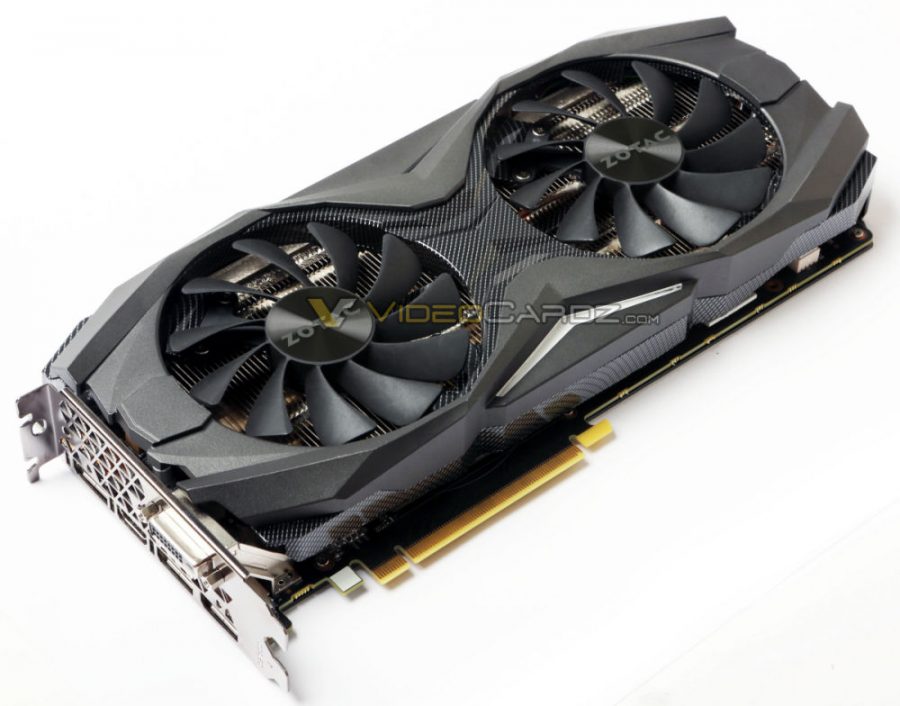 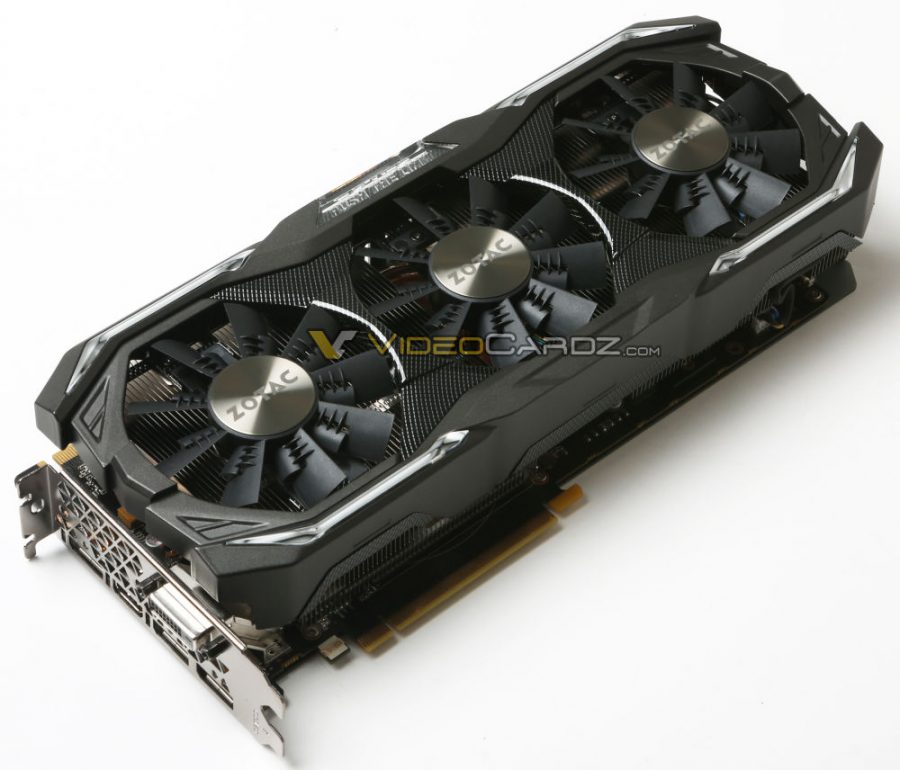 Spectra is lightning system that allows users to modify LED illuminated elements (those translucent stripes on the cooler shrouds) through FireStorm utility.

Both cards also feature FREEZE technology, which basically turns the fans off when card is in idle state.

ZOTAC GTX 1080 AMP! Series are equipped with a cutom backplate. The PCB is fully modified and it hosts two 8-pin power connectors.

Unfortunately the exact specs were not yet disclosed, but both cards will be displayed at Computex, so we might learn more bout them soon. 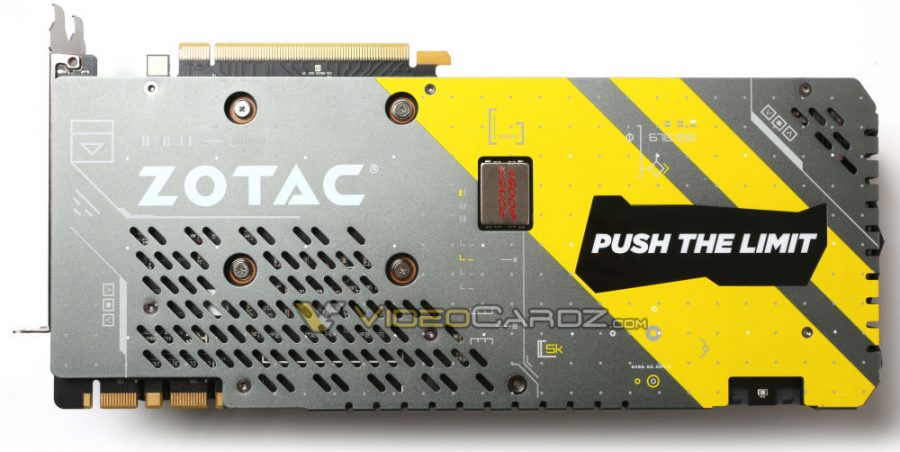