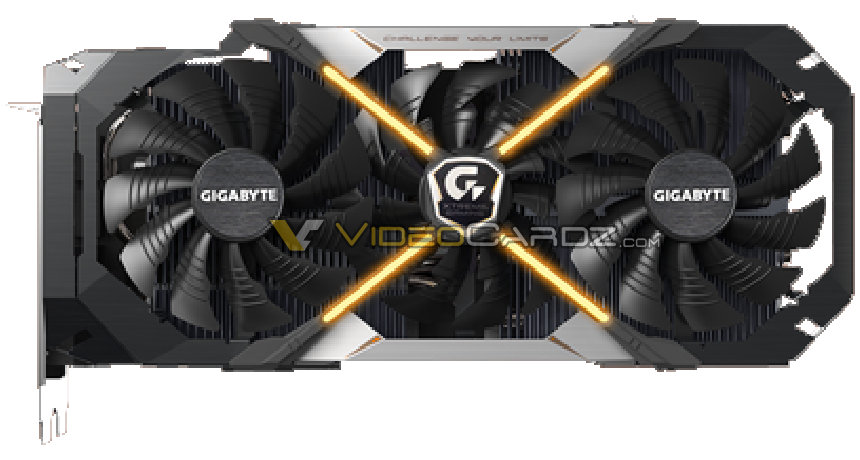 I should probably quote Britney Spears here: Oops! I did it again!

Ladies and gentlemen, here’s GTX 1080 XTREME from Gigabyte. Contrary to the teaser released by the company itself, new card received a significant face-lift. Many of you were probably expecting a long triple-fan WindForce cooler, that was present in Gigabyte’s portfolio for the last 4 years or so. Well the new cooler does indeed have three fans, but the middle fan hidden behind LED illuminated ‘X’ logo is actually pushed behind the two outer fans. This way Gigabyte saved enough space to fit three fans in a design that would normally fit two.

This card has custom PCB, which is actually not much longer than Founders Edition’s. Changes were necessary to accommodate high quality components, which hopefully won’t make this card too expensive.

Gigabyte will showcase this card at Computex, so stay tuned for more details.