UPDATE 2: We have posted new pictures of EVGA ACX 3.0 cooler here. We also decided to remove old pictures as they were proven to be fake.

According to this screengrab, EVGA’s SC GTX 1080 runs at 1709 MHz compared to stock 1607 MHz, and 1848 MHz (vs 1733 MHz) in boost mode. That said SuperClocked edition gets roughly 100 MHz upgrade over Founders Edition. Memory clock however was not modified. 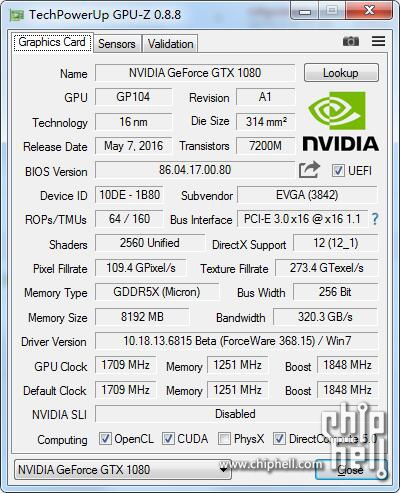