3DMark is reporting on similar clock frequency to GTX 1080, which is 1860 to 1870 MHz. Our results are based on three separate runs, so I think they are quite accurate.

GeForce GTX 1070 is slightly faster than GTX TITAN X, GTX 980 Ti and Fury X in 3DMark FireStrike. However such a small difference makes it impossible to predict whether GTX 1070 will offer similar performance in games.

This time we are not including overclocking results in our charts, but we will tell you what we know. It appears that overclocked GTX 1070 will not beat GTX 1080 in synthetic benchmarks (hitting around 4450 GPU points in Ultra). More importantly GeForce GTX 1070 Founders Edition suffers from the same power limitation problem, that we know from GTX 1080.

That said the average overclocking frequency of Founders Edition is around 2060 MHz, but it will vary depending on the sample. The good news is that there is no problem with memory overclocking, most cards should be able to hit 9 GHz effective speed (2250 MHz), which unfortunately is still less than GTX 1080 (320 GB/s), but enough to increase bandwidth by 32 GB/s to 288 GB/s. 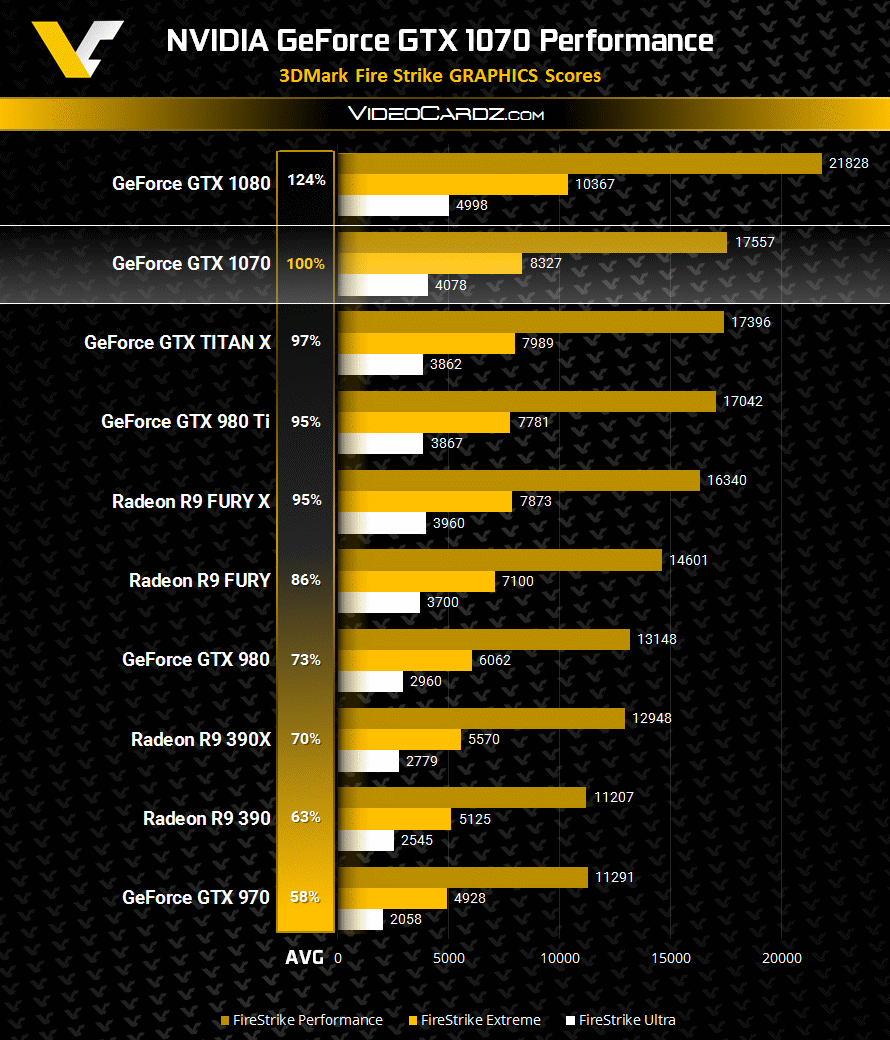 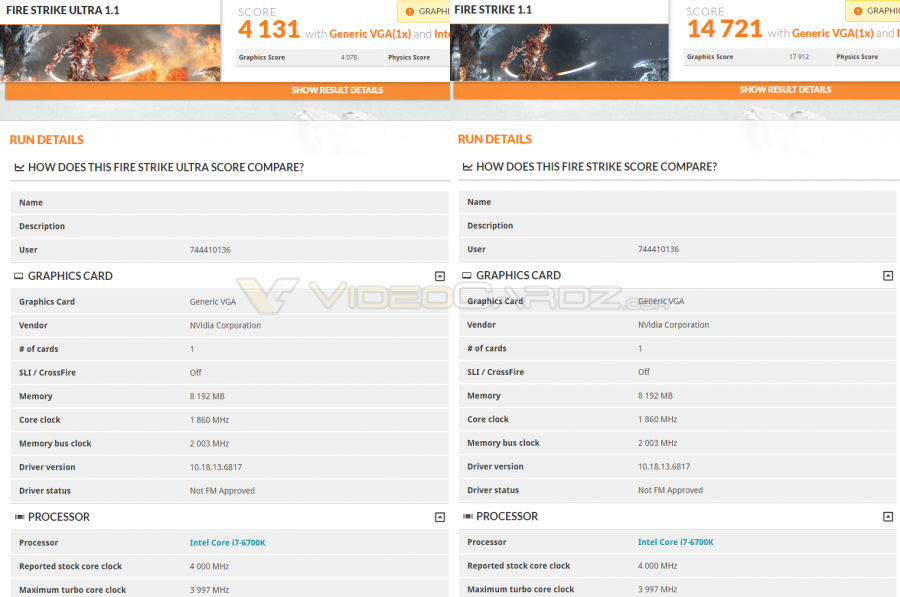