Small news: packaging of the first GeForce GTX 1070 coming from add-in-board partner has been leaked.

GALAX teasing campaign started by the introduction of four strange figures (shown above). The red guy in the hat is the new face’ of GALAX GTX 1070 line, whereas the blue ‘clown’ was hired to advertise GTX 1080 series. The other guys are not much of talkers, so we are unsure if they are already waiting for GeForce 1060 and 1050 series. Well, regardless of what is coming after GTX 1070, here’s the Chinese packaging for GALAX GTX 1070: 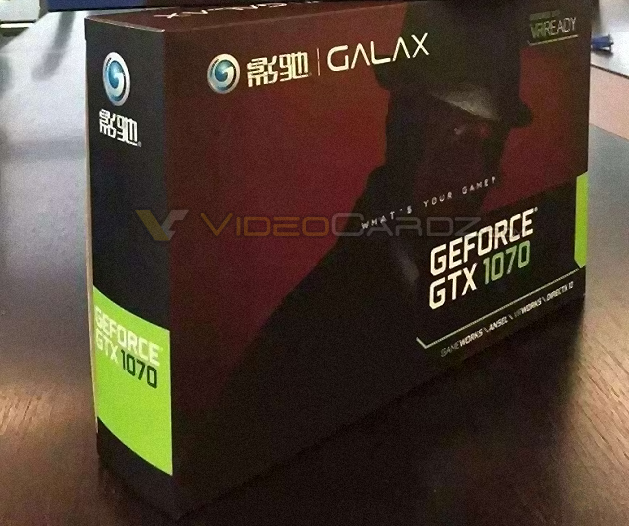 Of course I wouldn’t just make a post about the box, which could very well be empty, so I’m also including this picture: 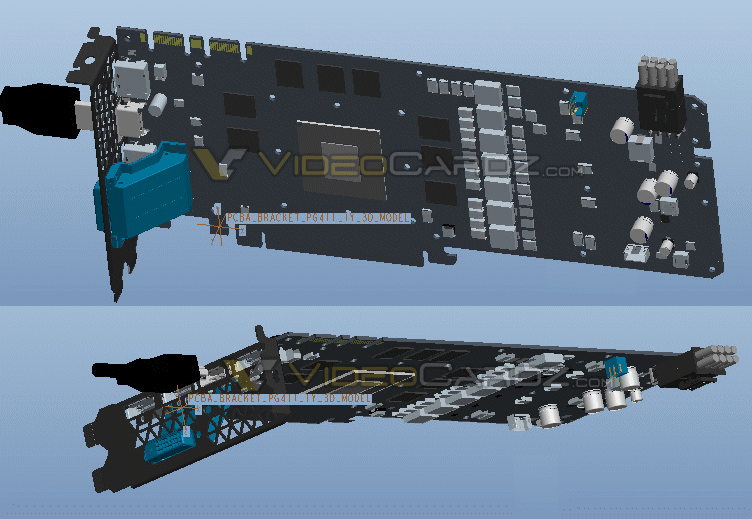 What this is, is the PCB design of GTX 1070. It looks identical to GTX 1080 PCB, except this is not PG413 board, but PG411 (equipped with GDDR5 memory). It may look that this 3D drawing shows more components installed on GTX1070 board than it’s full-fat brother, but the number of components will likely be adjusted by NVIDIA or its partners in final design.