According to NVIDIA’s own website, GeForce GTX 1070 has 8GB GDDR5 memory clocked at 8000 MHz effective speed across 256-bit interface. It means that ‘officially’ the maximum bandwidth is 256 GB/s. In other words, GTX 1070 should not be affected by architectural ‘design flaws’ known from GTX 970.

NVIDIA has also revealed final clock speeds of GTX 1070. The base clock is set at 1506 MHz and boost clock is set to 1683 MHz. This means the maximum theoretical single precision computing power is 6.46 TFLOPs (5.78 TFLOPs when base frequency is considered).

That said the only thing that was not yet confirmed by NVIDIA is number of ROPs. 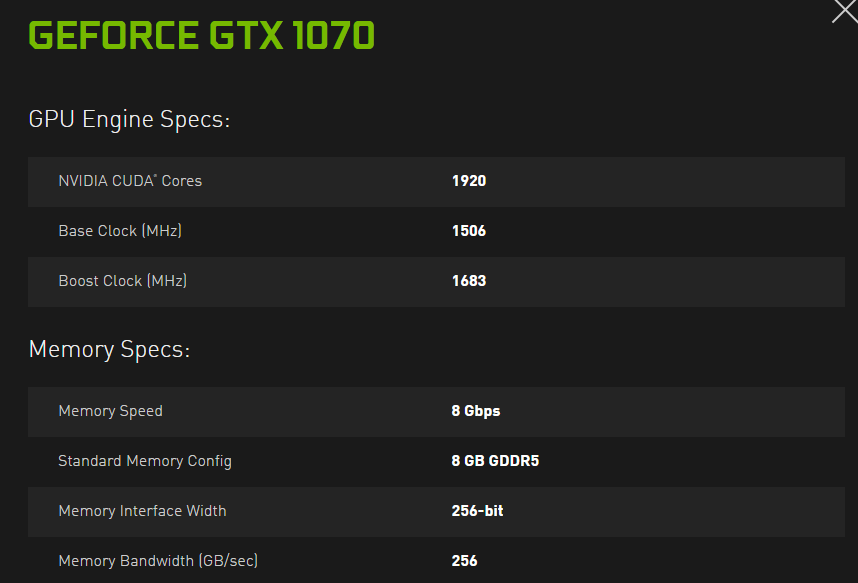 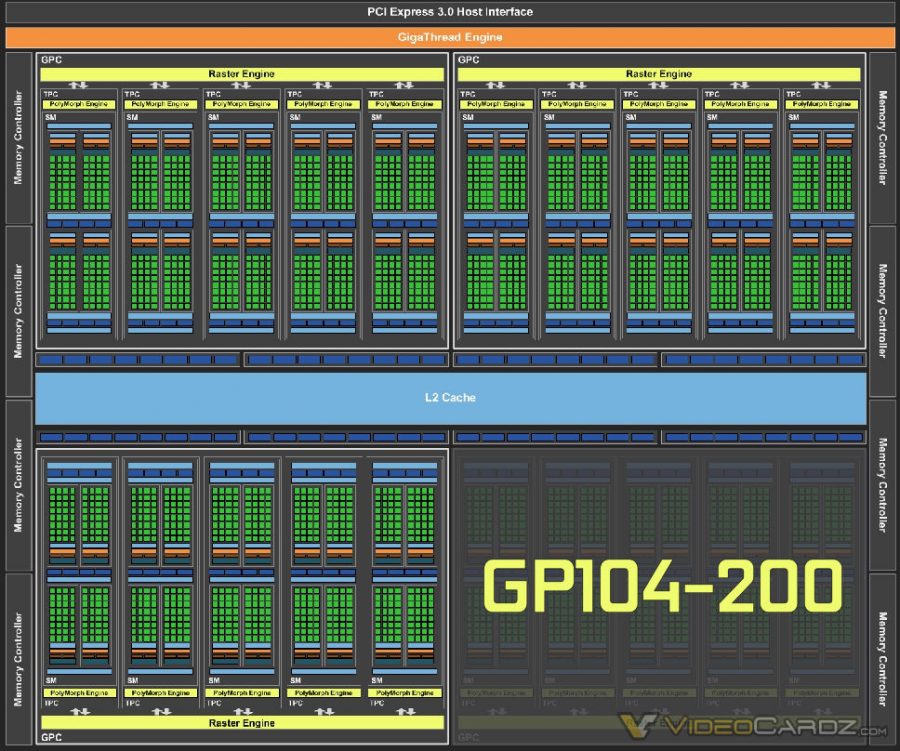 NVIDIA also released first benchmark results of GTX 1070 compared to GTX 970. We are observing ~1.8x performance boost over GTX 970 , and even more in Virtual Reality. Those tests were performed with Intel Core i7-5960x, 16 GB DDR4 memory, X99 motherboard on Max Settings in 2560×1440 resolution. Virtual Reality test was based on Barbarian benchmark. 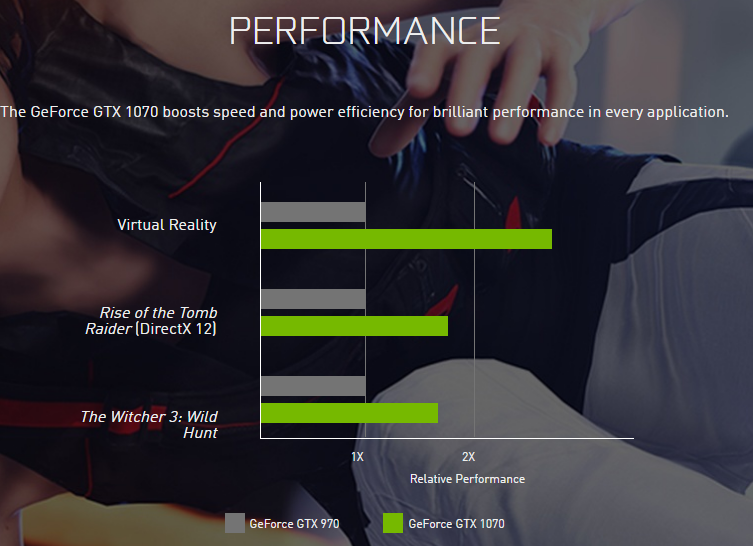 The GTX 1070 will go on sale on June 10th. We expect to see reviews shortly before that time.