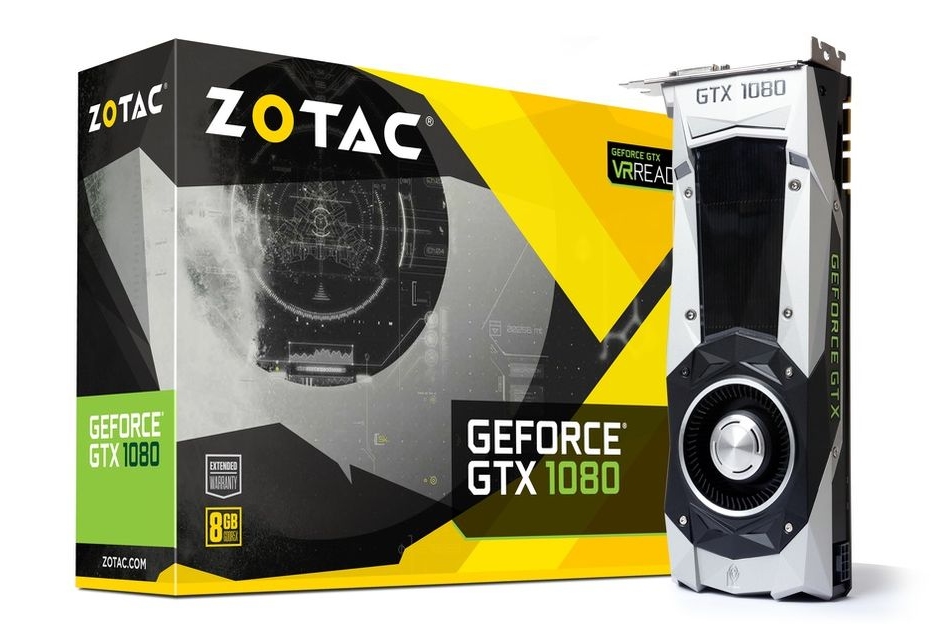 ZOTAC GTX 1080 is based on reference ‘polygonal’ design, which is featured in Founders Edition. This card is clocked at 1607 / 1733 MHz, but judging from Jen-Hsun’s own words, it should be capable of working at 2 GHz+ frequencies on air.

Card is based on Pascal GP104 GPU manufactured in 16nm FinFET process. This processor has 2560 CUDA cores, however NVIDIA has not yet confirmed the exact TMU and ROP count for this card.

ZOTAC GTX 1080 features 8GB GDDR5X memory clocked at 10 GHz effective. It is powered through single 8pin power connector to deliver at least 180W. The back is covered by a custom backplate, although it’s slightly different from the one that was shown at the event (missing GTX 1080 logo).

This card should go on sale starting from May 27th. 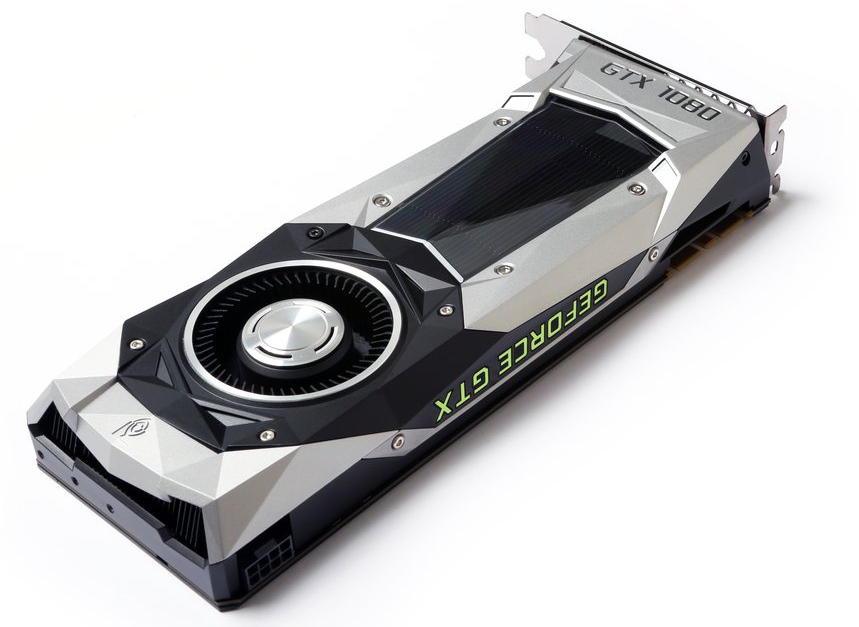 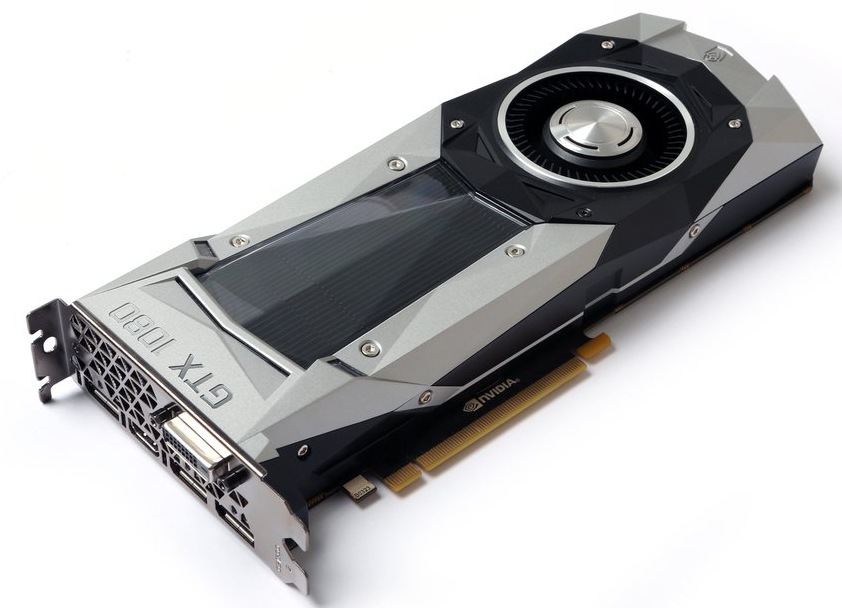