Unfortunately NVIDIA has not yet disclosed detailed specs of GeForce GTX 1070. It is only said that it has 6.5 TFLOPs performance and that it’s faster than TITAN X. Assuming it has similar clocks to GTX 1080, then it should have around 2048 CUDA cores.

GeForce GTX 1070 will be available on June 10th for 379 USD. However the special Founders Edition will cost 449 USD. 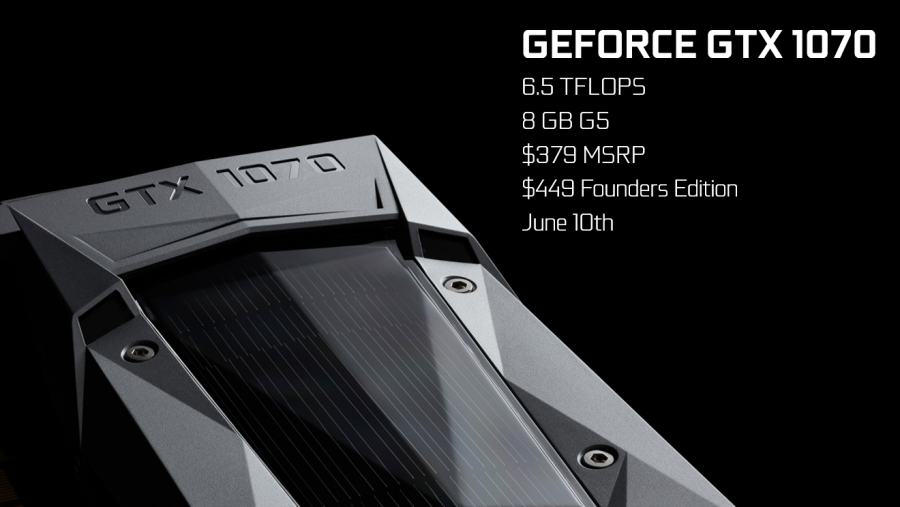