According to the leak from WCCFTech, upcoming flagship GPU also known as GP104-400, which is fully enabled silicon, was caught in a first photograph. 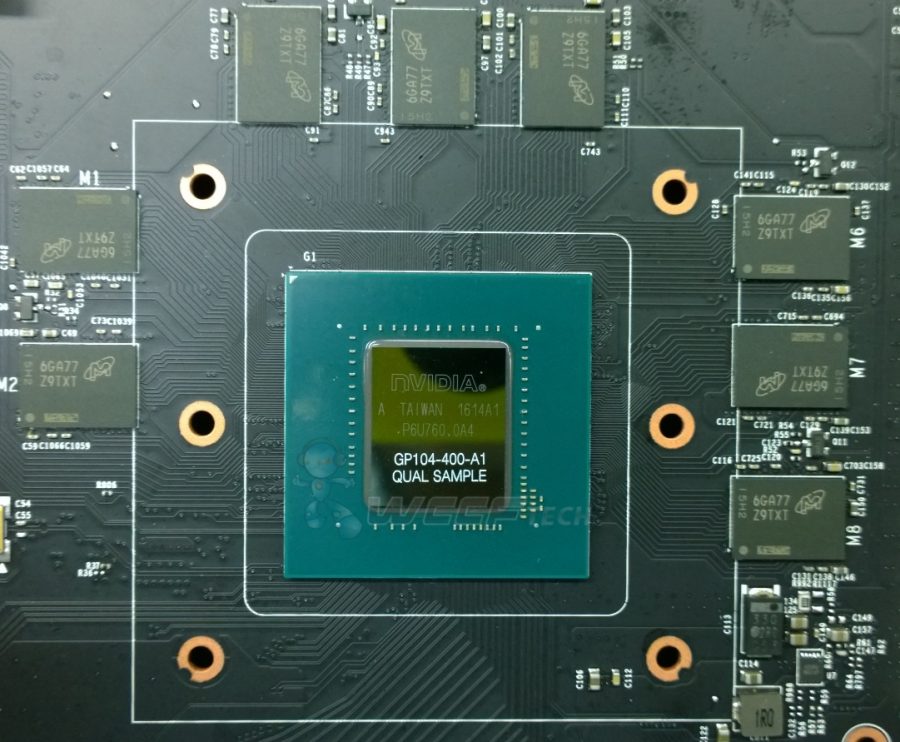 This graphics processor is believed to be the main chip of GeForce GTX 1080. Also it appears that the rumors were real. The most powerful GP104 variant will be paired with GDDR5X memory, while other models will stick to GDDR5 standard.

That said GeForce GTX 1080 might receive a substantial boost in memory bandwidth thanks to this cutting edge technology. Leaked picture confirms GP104-400 is using with Micron 6GA77 79TXT modules. Unfortunately those modules are not yet listed in official product catalog, so we are unsure of the exact speed of those chips. However according to WCCF those modules are slightly different in size than normal GDDR5 chips.

We have a follow up to this story. This PCB appears to be from MSI GTX 1080 GAMING 8G.

Meanwhile the leaker who recently posted GP104-200 pictures, added even more photos confirming the size of the GP104 GPU. However since pictures are not of the highest quality, everyone seems to get different result (between 315 to 330 mm2). Our updated calculations point at 317 mm2. The package is 37.5mm x 37.5mm. 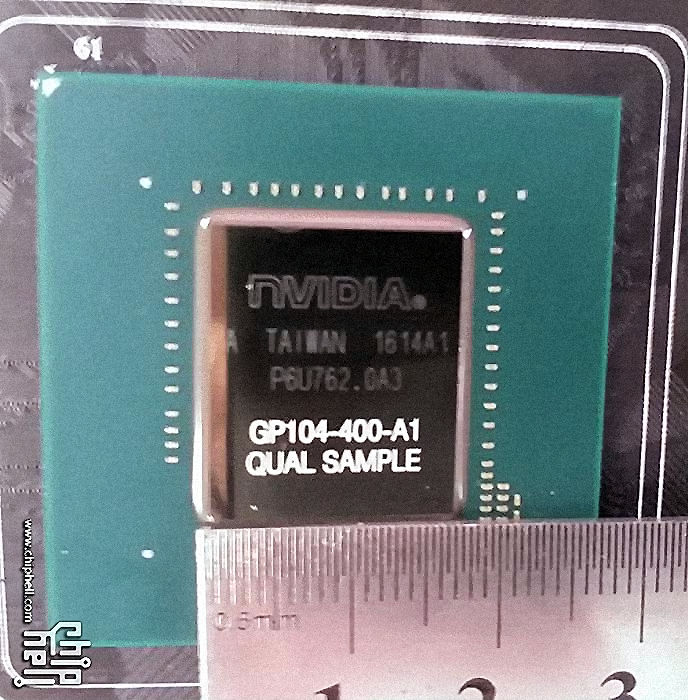 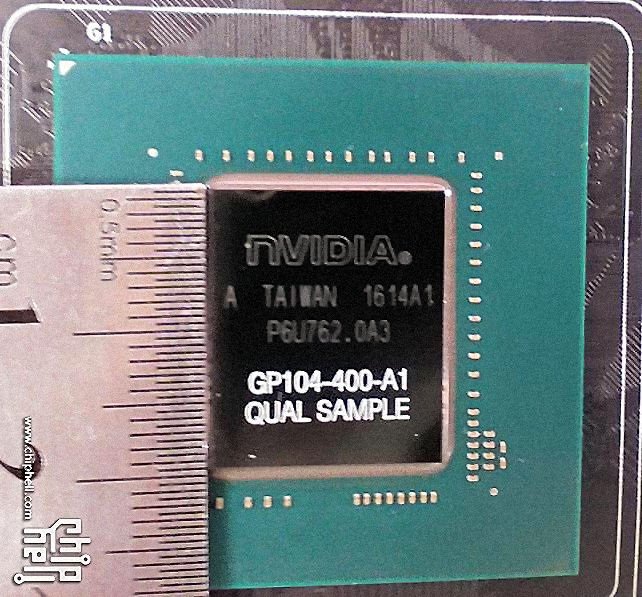 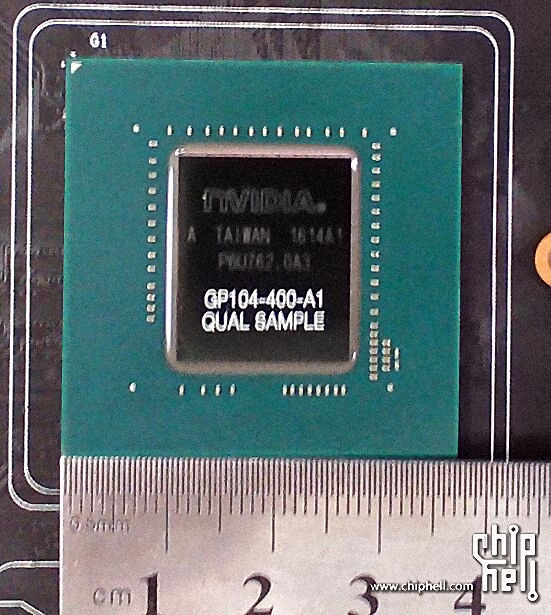 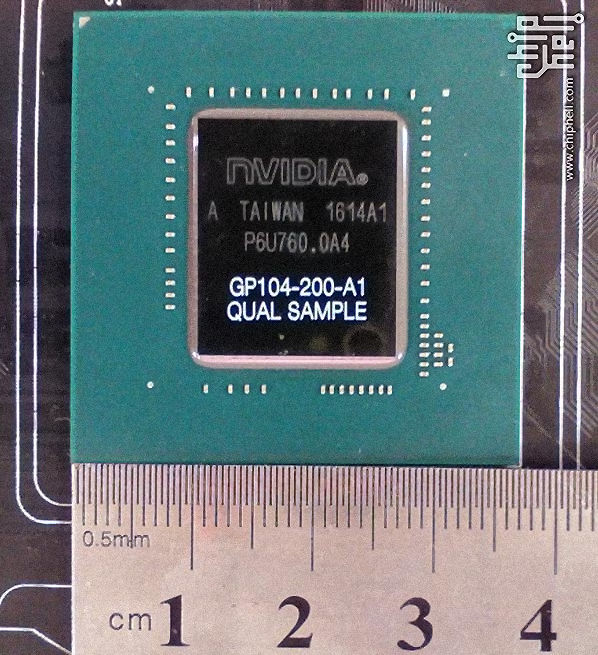 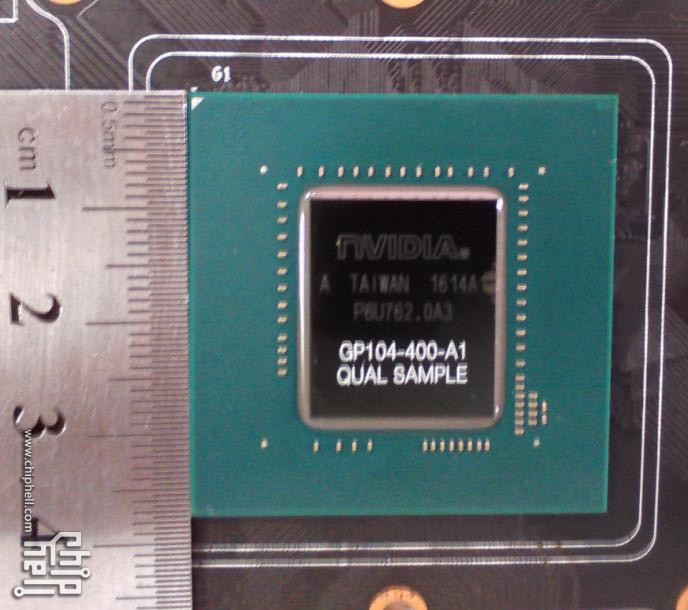 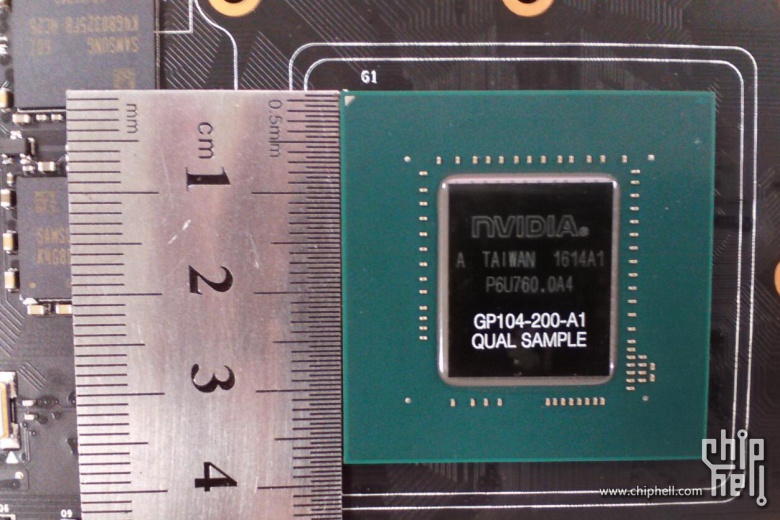