In the latest press release, where AMD reports first quarter fiscal results, I noticed one paragraph that I think many of you will find interesting.

For the first time ever AMD has officially confirmed market positioning of upcoming Polaris chips. That said, Polaris 10 is officially aiming mainstream desktop segment and high-end notebook market, while Polaris 11 will also focus on notebooks.

AMD demonstrated its “Polaris” 10 and 11 next-generation GPUs, with Polaris 11 targeting the notebook market and “Polaris” 10 aimed at the mainstream desktop and high-end gaming notebook segment. “Polaris” architecture-based GPUs are expected to deliver a 2x performance per watt improvement over current generation products and are designed for intensive workloads including 4K video playback and virtual reality (VR).

Now let’s stop here for a minute and focus on the word ‘mainstream’. What exactly does this word mean for AMD? Well, nothing good. Mainstream in AMD’s dictionary used to mean everything that fills the gap between Casual and Enthusiast segments. In the most recent roadmaps Mainstream is considered as the lower tier graphics hardware. In 2014 mainstream basically meant Radeon R7 260 series.

However since the quote also suggest Polaris 10 being used for high-end gaming notebook segment, we may need to look at Radeon M300 series first to understand how powerful this GPU could be. 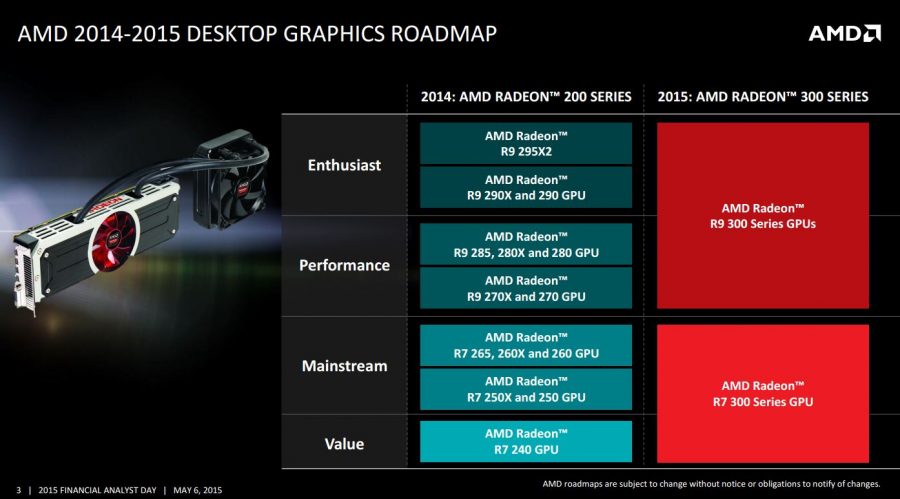 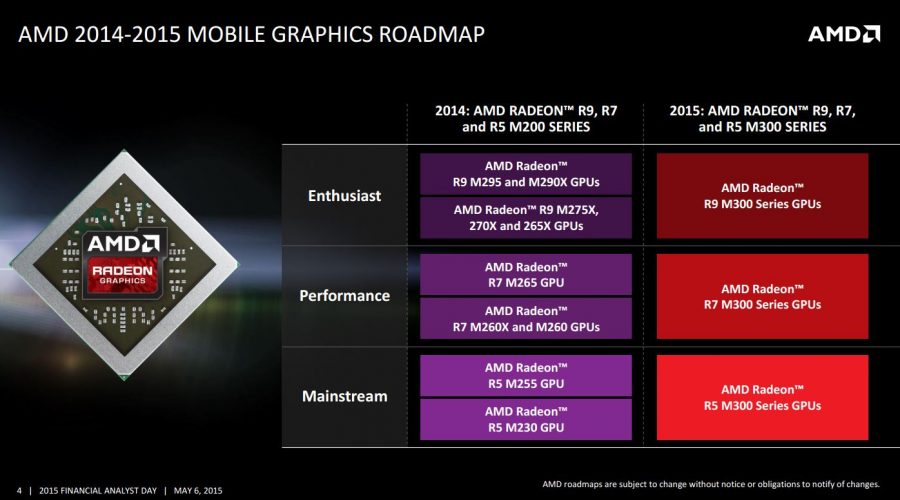 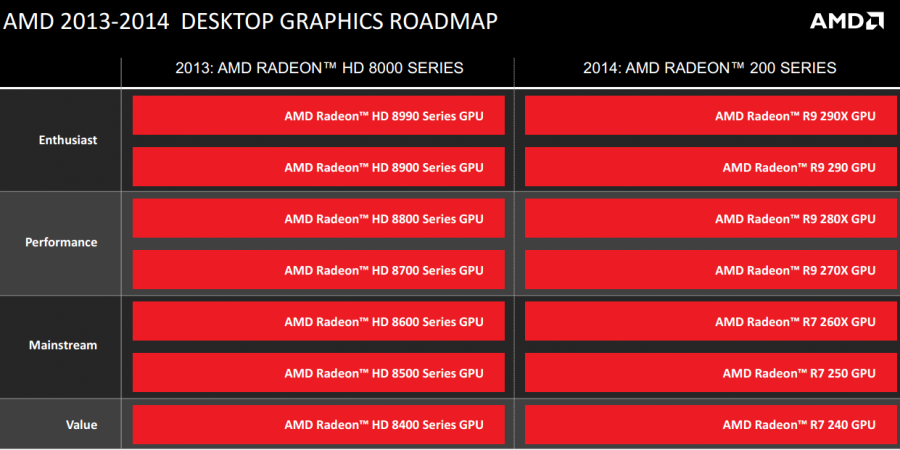 Recently we shared this slide showing GPU roadmap for next two years. Polaris 10 and 11 are clearly shown as continuation of Radeon Fury and 300 series. Either someone did not realize that this will be interpreted directly as performance oriented stacks (which they are), or we are receiving contradicting signals from AMD about Polaris.. 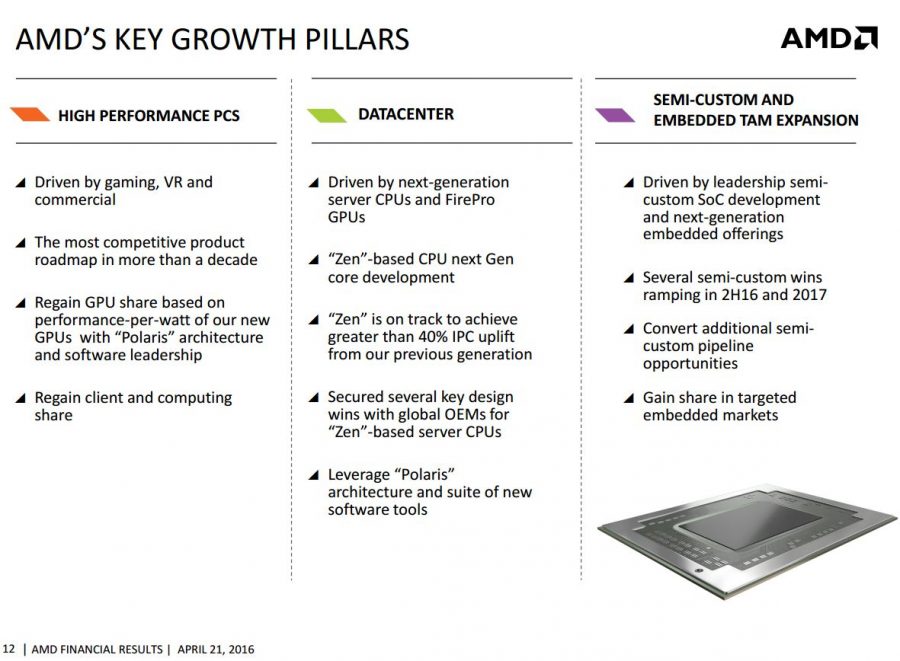 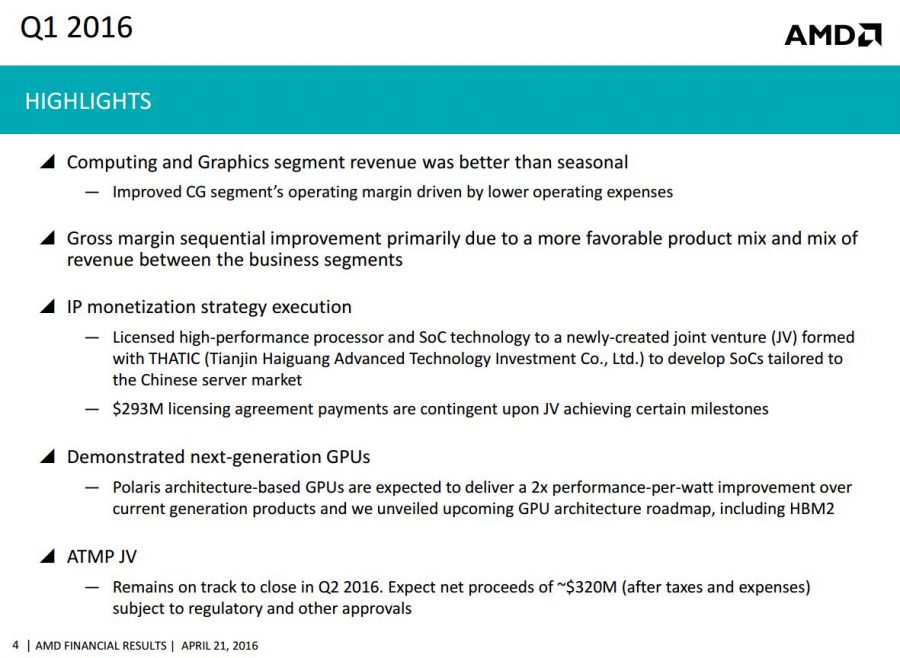