Just a heads up to those who were waiting to learn more about Pascal, NVIDIA’s latest architecture. Each major release is usually accompanied by whitepaper that brakes down all important aspects of the new hardware. Tesla P100 launch is no exception.

GP100’s SM incorporates 64 single-precision (FP32) CUDA Cores. In contrast, the Maxwell and Kepler SMs had 128 and 192 FP32 CUDA Cores, respectively. The GP100 SM is partitioned into two processing blocks, each having 32 single-precision CUDA Cores, an instruction buffer, a warp scheduler, and two dispatch units. While a GP100 SM has half the total number of CUDA Cores of a Maxwell SM, it maintains the same register file size and supports similar occupancy of warps and thread blocks. 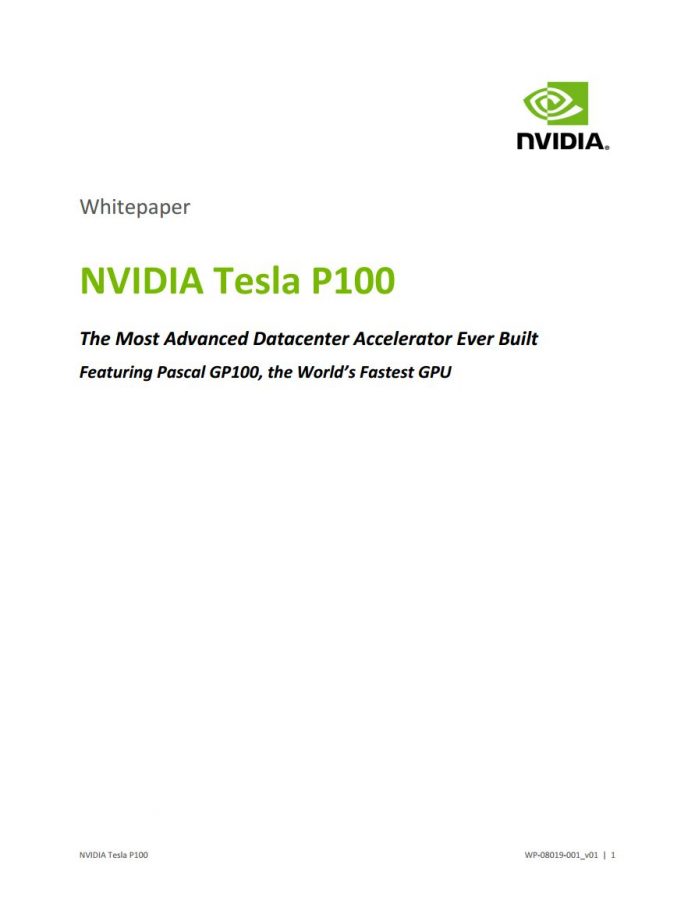 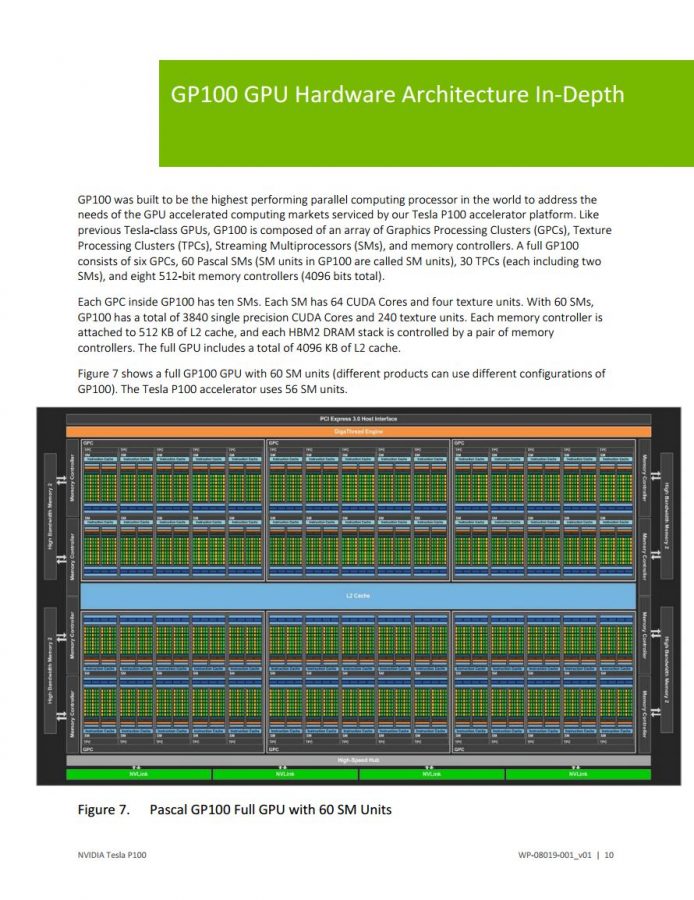