First things first, how do we know this is GP104? According to my quick research, none of the GPUs I saw looks like this one. Also, the memory chips that were pictured alongside GPU are Samsung’s GDDR5 8Gb 8Gbps chips, which were not used for any graphics cards before. 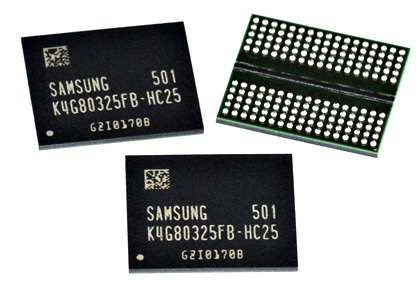 Now you might have the same impression as I do, that the photo is slightly distorted. So the first thing we need to do is to fix aspect ratio and adjust the perspective in reference to GDDR5 module, which is usually 12*14mm. From there we can easily calculate the area of GPU die simply by comparing it to memory module.

According to my calculations the area of the die is 310 mm2. According to the leaker it’s even less (290-300 mm2). Both numbers are smaller than I suspected, but it seems enough to fit four Graphics Processing Clusterers, especially since GP104 does not need as many memory controllers as GP100. Now assuming that GP104 has the same density of FP32 CUDA cores as Big Pascal, then it should have 2560 cores in total. Meanwhile transistor count should be no less than 8 billion, quite an upgrade over GM204’s 5.2 billion. 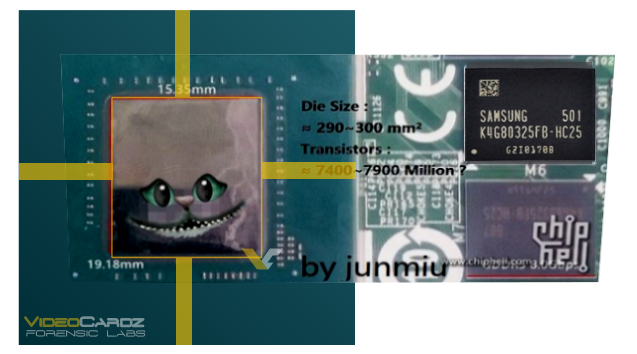