We are just hours away from Jen-Hsun entering the stage at GPU Tech Conference. More and more rumors are pointing towards imminent Pascal architecture introduction.

Pascal gets 70% boost in Deep-Learning 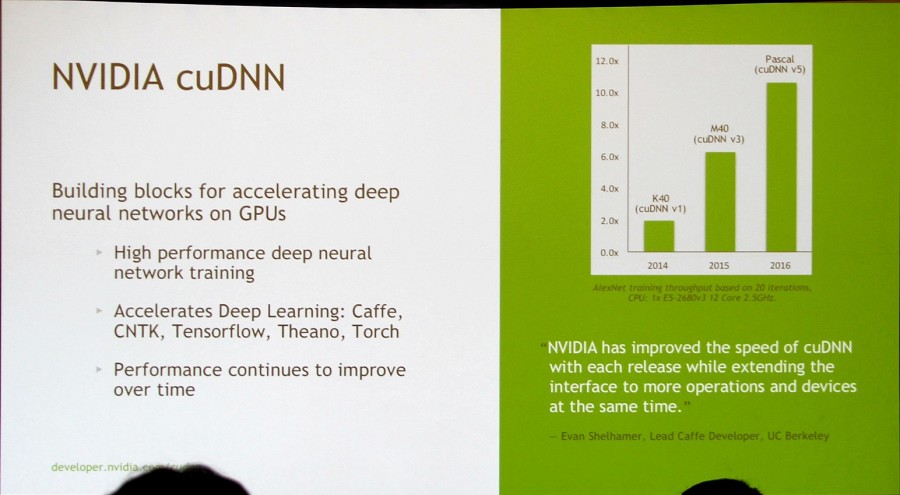 NVIDIA has shown a new slide at GTC mentioning Pascal. This time Pascal is compared to Tesla K40 and M40 in cuDNN (CUDA Deep Neural Network), a library designed for deep-learning.

According to the slide, NVIDIA has improved the source code, which resulted in better performance in Kepler, Maxwell and Pascal-based computing hardware. The performance of Tesla K40 (GK110) has doubled, while the deep-learning speed of Maxwell M40 has increased 6.25 times. Meanwhile Pascal running cuDNN v5 sees 10.5x boost over first iteration of cuDNN. That’s roughly 70% over Maxwell GM200. 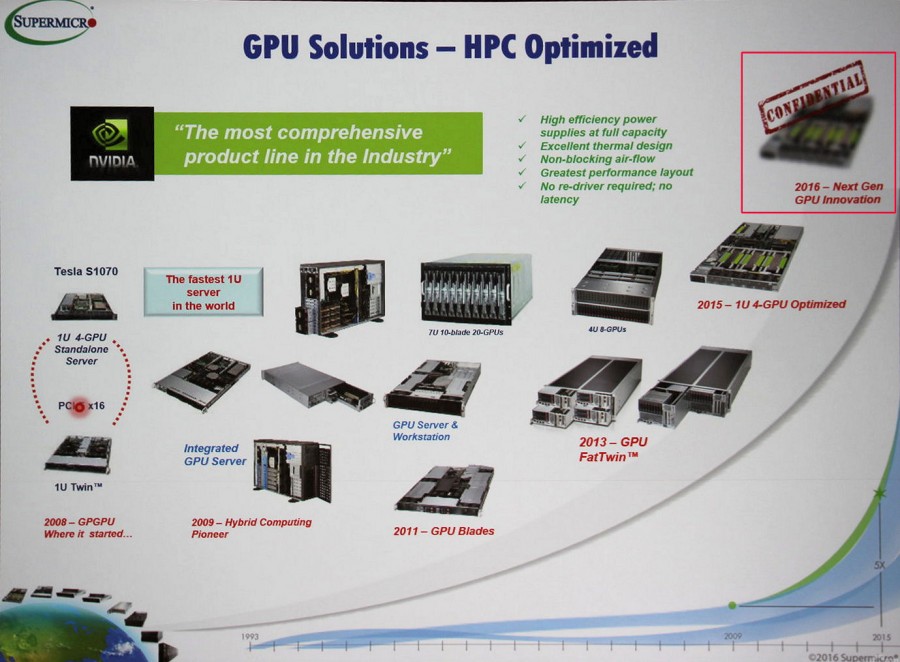 ComputerBase took part in Supermicro presentation at GTC. Although Pascal was not directly named, it was obvious that ‘2016 – Next Gen GPU Innovation’ stands for high-end computing hardware from NVIDIA. ComputerBase also confirmed that those solution will use NVLink, which as we know are big part of Pascal introduction.