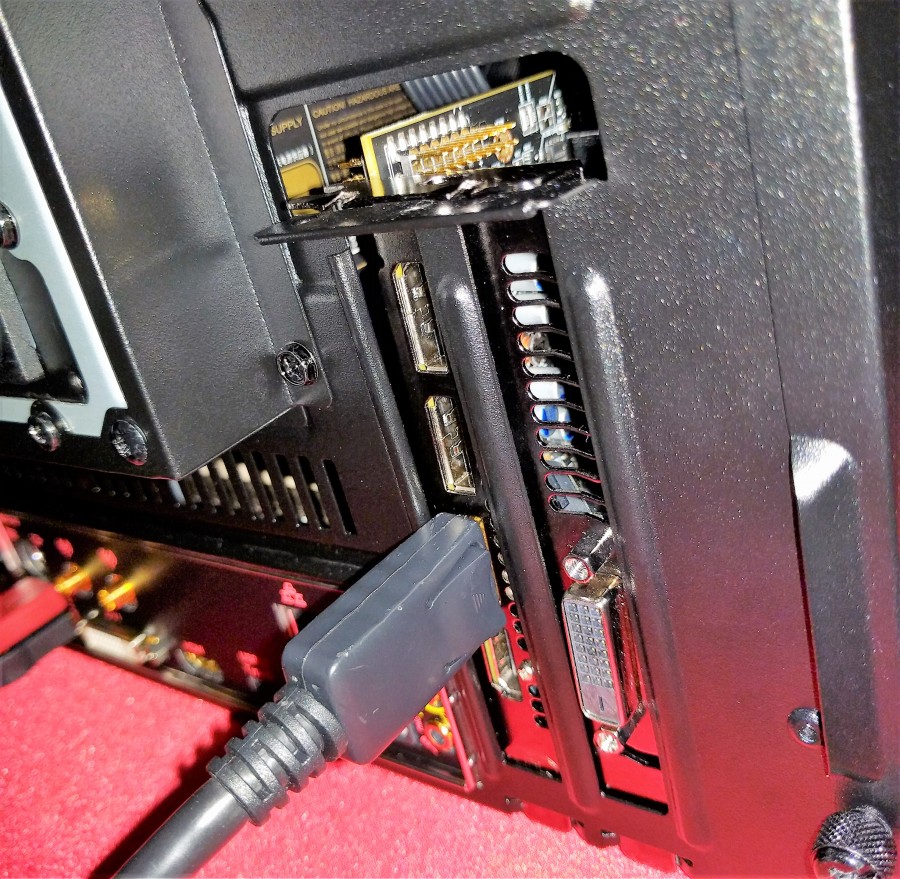 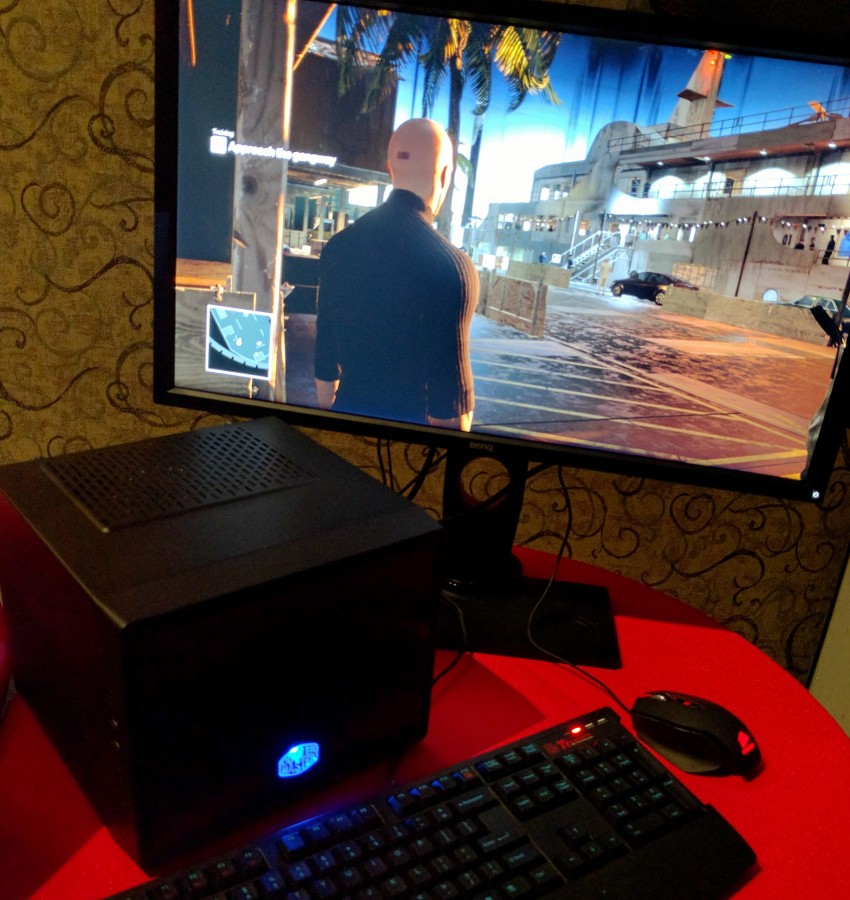 At Capsaicin event AMD has showcases the first demo of Polaris 10 GPU running Hitman in DirectX12. The demo was surprisingly short and vague. However, we did learn few things.

We were told that Polaris 10 is capable of running AAA title at 60+ FPS while being installed in small form factor chassis. According to VRWorld, the PCB of Polaris 10 engineering sample was not much bigger than R9 Nano’s. It means that AMD is pushing forward the new standard of small cards with high-end specifications. However it remains unclear if Polaris 10 will replace Hawaii or Fiji in terms of performance, so it’s really hard to predict if future graphics cards from AMD will all use smaller boards.

The sample used during Capsaicin had five display outputs, including: three DisplayPorts 1.3, HDMI 2.0 and DVI-D Dual Link. DisplayPort 1.3 supports 5K content at 60 Hz or 4K/60Hz with HDR. The DVI port was not offered with Fiji-based products, so it’s interesting to see it installed again.

The lower-end chip called Polaris 11, which will most likely end up as a popular mobile part can be used without active cooling solution. According to Ryan Shrout from PCPerspective Polaris 11 can output 4K VR content when no fans are spinning. This is actually great news for notebook manufacturers, since they can save some space by not installing bulky and noisy cooling solutions.