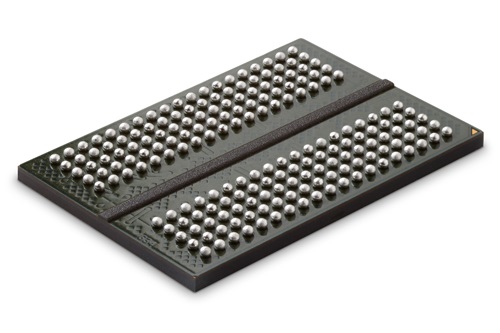 Those who were not following GPU market in the last few months, may find this year will be full of surprises. Not only will new flagship graphics cards benefit from smaller fabrication node, but also memory technology will adopt new standards.

While AMD was the first to announce graphics cards with High-Bandwidth-Memory (HBM1), it was just the first step in developing more efficient and more powerful solutions for gamers and professionals.

However those solutions are clearly designed for enthusiasts, often at premium price. This year the vast majority of gamers will still choose something more affordable, but efficient enough to notice the difference from new FinFET fabrication node. That’s where GDDR5X memory comes in.

GDDR5X memory is a new standard meant to replace GDDR5 memory at comparable price. The bandwidth could theoretically double (up to 16GB/s), but Micron confirms their units can currently offer up to 13 GB/s. The power requirements will also be adjusted to accommodate lower voltage of 1.35V, however it shouldn’t have a dramatic change for total power consumption of graphics cards.

GDDR5X is cheaper in production because it shares the same ecosystem introduced with GDDR5. It means manufacturers still have the flexibility in choosing from Micron, Hynix or Samsung, without affecting the GPU itself. Therefore memory speeds and capacities can be adjusted easily and at lower cost, something that HBM currently does not offer.

According to Micron the first test units will be available in spring, with mass production planned for summer, which aligns with rumored Radeon 400 and GeForce 1000 series announcements. 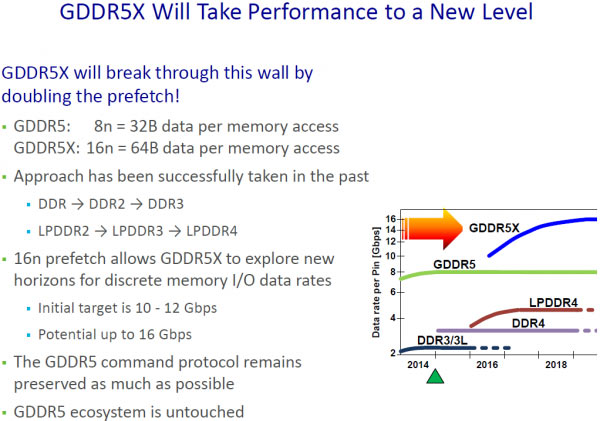 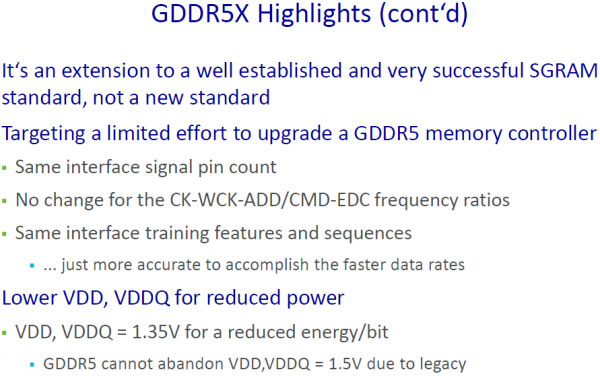 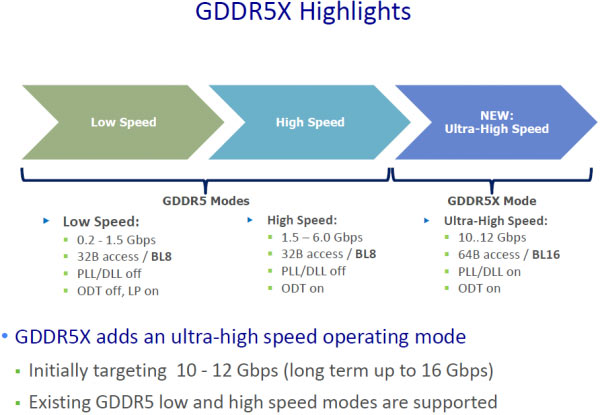