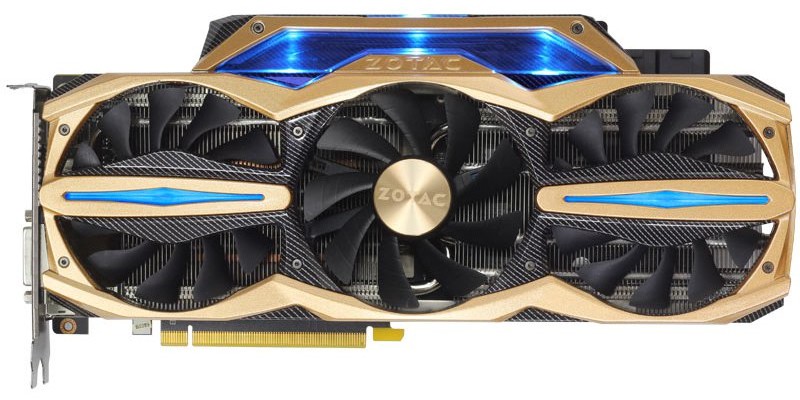 The high-end segment entered a stagnation. Those who are still waiting for dual-GPU cards may still need to wait few weeks. Manufacturers are also preparing for new generation of FinFET GPUs, so seeing new high-end card based on on existing architecture is definitely worth a post.

One of such cards is ZOTAC’s GTX 970 EXTREME. The full title is in Chinese, so all I have is a translation — EXTREME Anniversary OC. I don’t know what ZOTAC is celebrating this year though, so let’s stick to EXTREME OC.

This model is based on currently the most popular graphics card on the market (according to Steam Survey). GeForce GTX 970 has 1664 CUDA Cores, 4GB GDDR5 memory and 256-bit interface (at least on paper). ZOTAC’s solution is factory-overclocked to 1203/1335 MHz with memory at 7200 MHz. All that thanks to custom PCB equipped with 8+2 phase VRM and two 8-pin power connectors. The official TDP is 7W higher than NVIDIA’s reference design (155 vs 148W).

In terms of features we have: backplate, triple-fan cooling solution equipped with Freeze technology (fans will not spin if temp. is low), LED usage indicators and premium components (X-Capacitors, DR. Mos, PowerBoost).

According to ZOTAC this card can reach 5101 points in 3DMark Fire Strike Extreme. 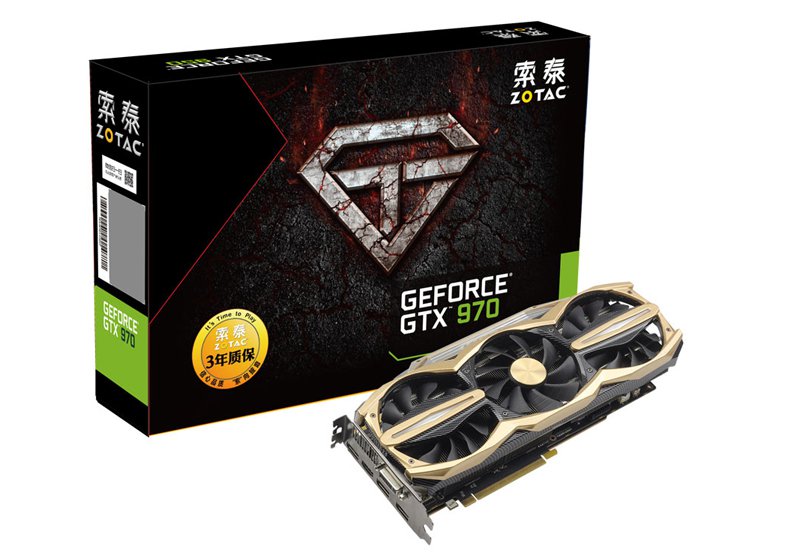 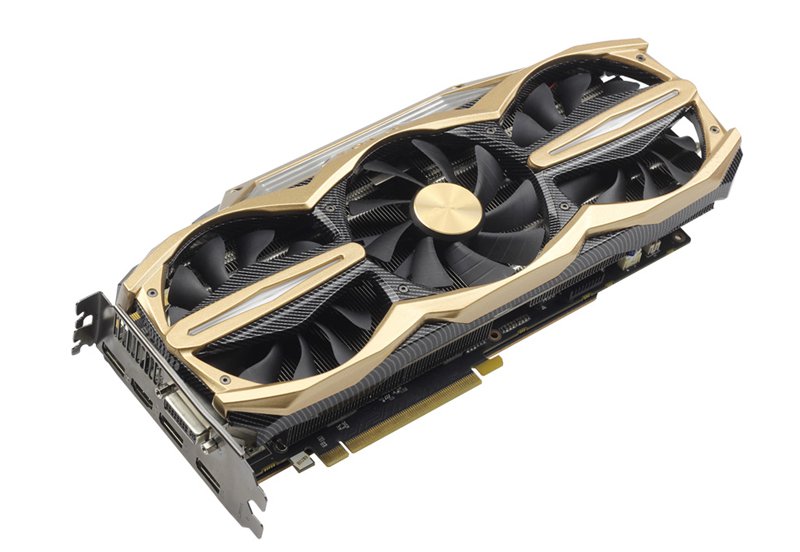 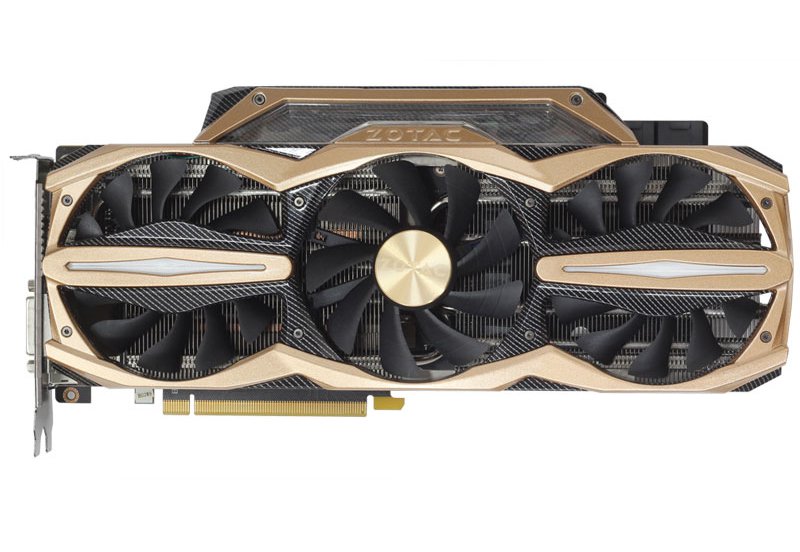 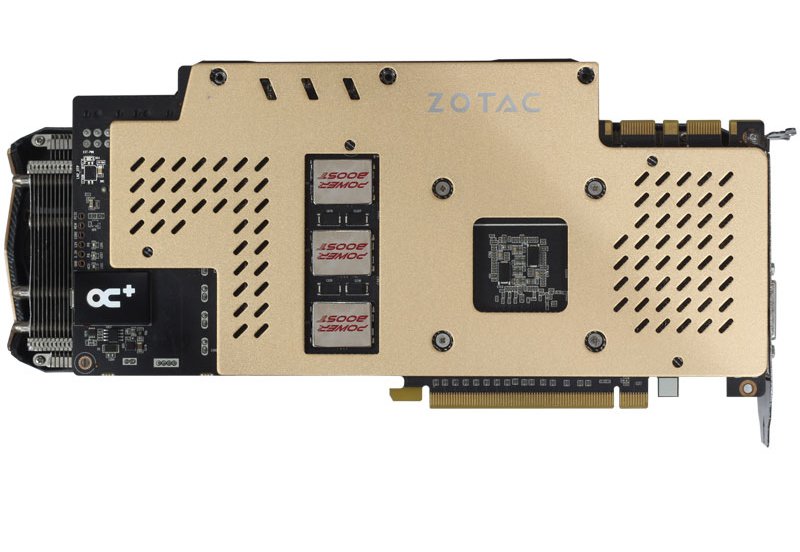