Did NVIDIA show Maxwell instead of Pascal?

More and more sites are picking up the story, but I haven’t seen any taking a closer look at the GPU, not just the MXM module.

So what do we know? Jen-Hsun said that Drive PX 2 has two Pascal GPUs and two Tegra SoCs on board. What’s interesting is that NVIDIA has only released official pictures of the front (aka Tegra side). There were no pictures of the back, where MXM modules are installed.

Luckily for us, NVIDIA was careless enough (or simply didn’t care) to show both sides of the board at its CES booth. It took me a while to find a picture of the back in good quality. Fortunately, Golem.de had just what I needed. 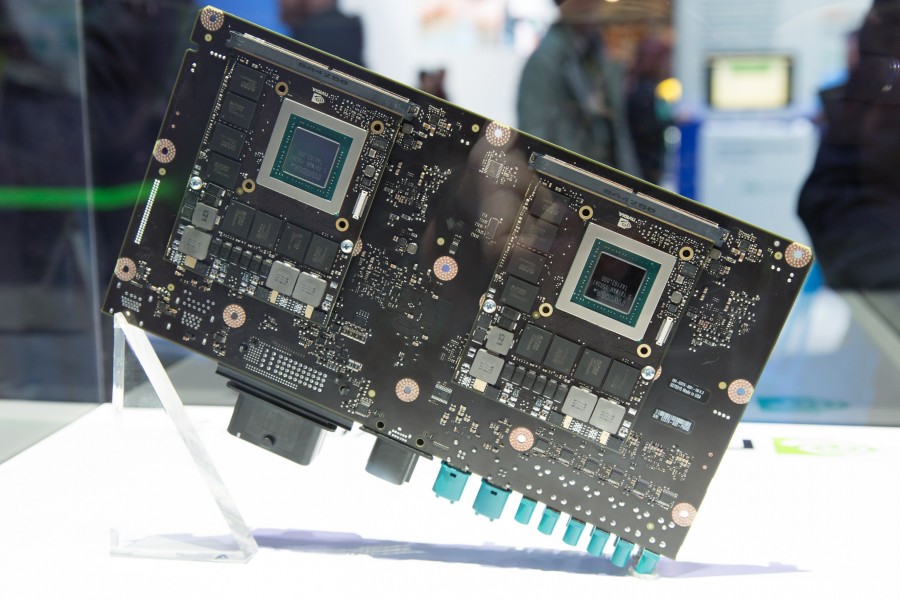 First we have a comparison between the Drive PX 2 MXM module that should be based on Pascal and GeForce GTX 980M (picture taken by Eurocom). Only few components at the top are misplaced. The probability of Pascal GP104 and GM204 sharing the same board is close to none. This was without a doubt graphics card based on GM204. Whether this was GTX 980M or Quadro M5000 (which was not pictured yet), we don’t know. 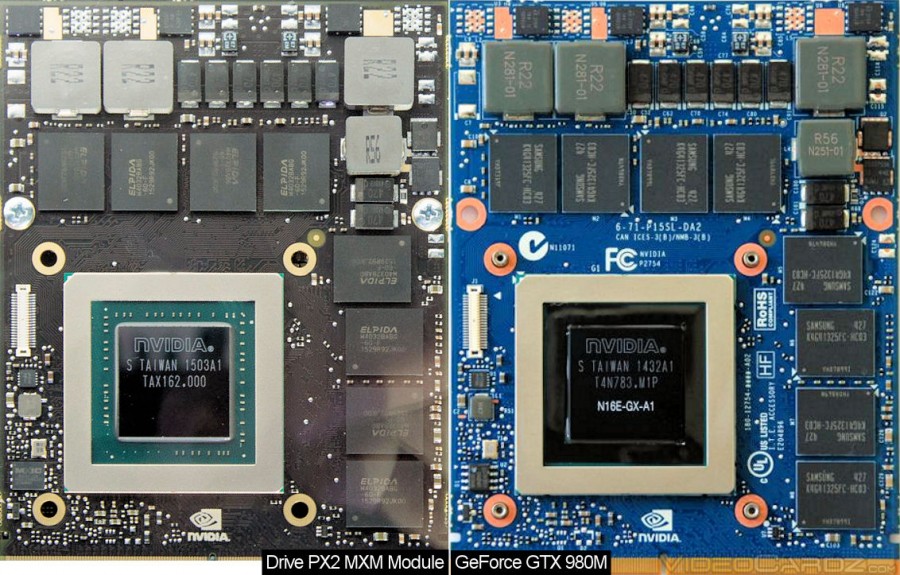 And here’s a closeup at the GPU compared to GM204.

So what does it all mean? Absolutely nothing. NVIDIA was just not ready to show Pascal, but they failed to inform us that the Drive PX 2 prototype had Maxwell installed.

AMD was at least ready to show Polaris GPUs at RTG Summit and later at CES, and this was confirmed by multiple sources, which unfortunately were not allowed to take any pictures.