It is now confirmed that Radeon R9 Fury X2 has been pushed back to next year. 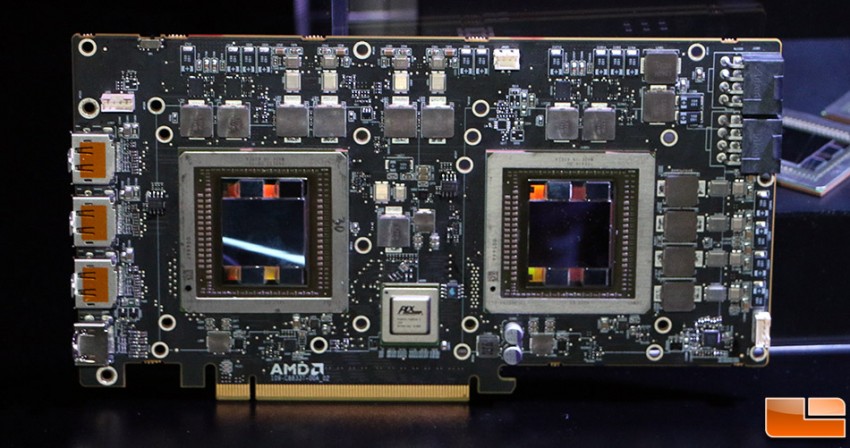 Even though Lisa Su (the CEO of AMD) promised dual-Fiji graphics card this quarter, things have gotten complicated and manufacturer was forced to reschedule its launch. In exclusive interview with Hardware.fr AMD has confirmed that there is no Fury X2 before New Year’s Eve.

EDIT: Damien (the author of the original article) has confirmed to me that this quote is directly from AMD.

Harwdare.FR: On the E3 Livecast, Lisa committed to shipping Fiji Gemini by Xmas. What happened? Is Fiji Gemini delayed?

AMD: The product schedule for Fiji Gemini had initially been aligned with consumer HMD (Head Mounted Display) availability, which had been scheduled for Q415 back in June. Due to some delays in overall VR (Virtual Reality) ecosystem readiness, HMDs are now expected to be available to consumers by early Q216. To ensure the optimal VR experience, we’re adjusting the Fiji Gemini launch schedule to better align with the market.
Working samples of Fiji Gemini have shipped to a variety of B2B customers in Q415, and initial customer reaction has been very positive.

Some say that the delay might have been caused by recent Asetek cease and desist letter sent to AMD, where the maker of hybrid coolers accused AMD of infringing their patents. AMD has denied these claims, however it is no secret that dual-Fiji is also coming with water-cooler, which could be a subject to similar claims by Asetek. It is better to change the product design now, rather than face similar letters in the future.

One more thing, AMD seems to refer to dual-Fiji as Gemini. We do now know if this is the official codename, but from what I remember this is a common codename for all dual-GPU cards from AMD.

AMD has also confirmed that some business to business partners already have the samples and their reaction is positive … but the only sample that we have heard of was a ‘leaking’ sample from DICE developer.