Futuremark has quietly launched its new 3DMark 2016 Beta on Steam. (Quietly, because I didn’t receive any press release, the news is from Steam community page). 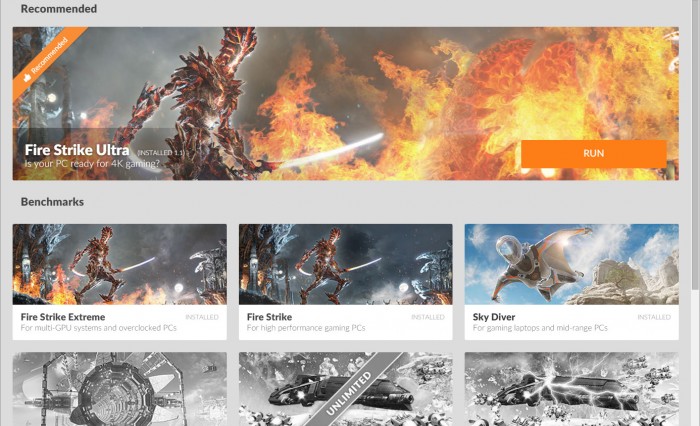 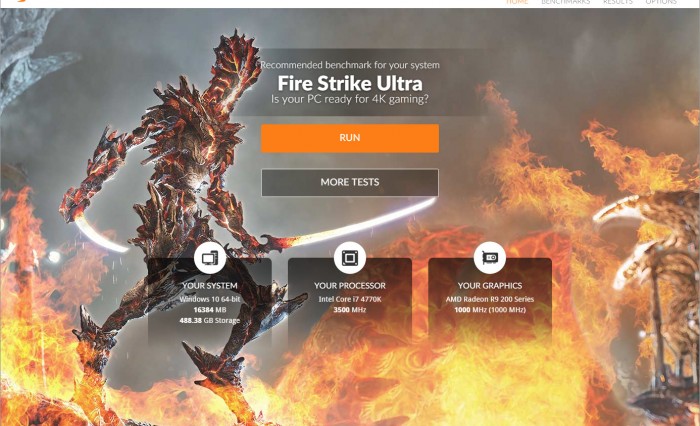 New 3DMark 2016 is currently in BETA. It’s a preview build designed to test new UI and new VR benchmark. We are getting a glimpse at ‘new features coming to 3DMark in 2016’, but not all of them.

Holiday Beta includes VRMark, upcoming virtual reality benchmark. It’s a demo, it does not generate score, in fact it doesn’t even work with CrossFire/SLI configurations. What’s interesting is that it does not require VR glasses, as the output will be shown on any screen, it just won’t give you any actual VR experience. However if you own Oculus Rift or HTC Rive don’t hesitate to share you experience in the comments. 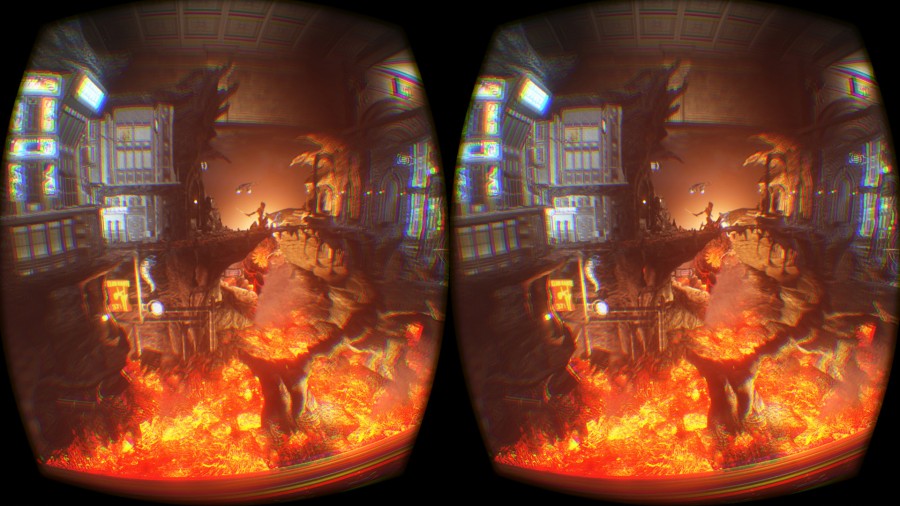 New UI is meant to be simpler and more intuitive to navigate. The home screen will give you recommendation which benchmark is the most appropriate for your machine. The portfolio will grow and more benchmarks will be added later.

One of the more important changes is selective downloading, you no longer need to download all benchmarks if your machine can’t even run them.

The Holiday Beta does not include Time Spy demo we saw few days ago. As explained by developers it is not a finished product, but early work-in-progress build, which was only used for exclusive presentation in China.

One more thing: only those who bought 3DMark can test the new Holiday Beta. Here’s how:

The DLC installation process will be a little awkward until Steam finishes automatically adding it to everybody’s account. For now, follow the steps below. You will then be able to install and uninstall each test from within 3DMark.

You can leave the beta and revert to the public version of 3DMark at any time. You do that by going to the BETAS drop-down and selecting “NONE – Opt out of all beta programs.”