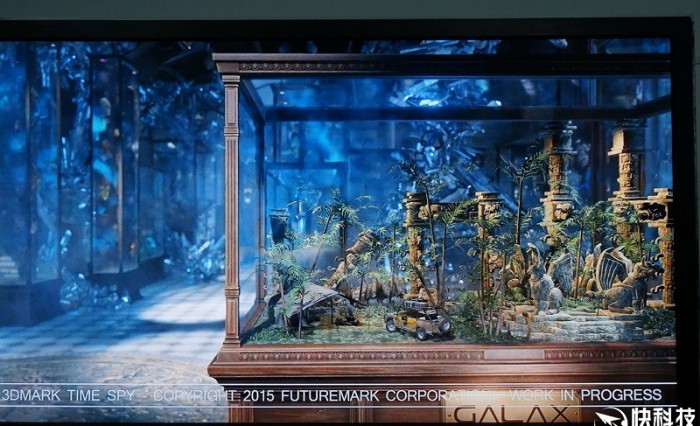 Futuremark has showcased first footage from upcoming 3DMark for DirectX 12 API, during a special event with Galax and NVIDIA.

The benchmarking utility that needs no introduction, will soon be updated to work with the latest Microsoft API that modern GPUs already support.

The long-awaited announcement of the new 3DMark is definitely a good news to everyone involved in the reviewing of the latest graphics cards. The never-ending debate whether AMD’s Fiji or NVIDIA’s GM200 offers better performance in DirectX 12 applications may soon find its conclusion. The few games that already offer DirectX 12 support have not really given any clear answer.

While NVIDIA advertises its Maxwell-based GeForce GTX 980 Ti with full DirectX 12_1 support, AMD proudly presents the power of Asynchronous Computing which GCN based graphics cards can offer. Synthetic benchmarks may not be the perfect illustration of real-gaming scenarios, but they do measure raw performance, which is important for low-level instructions used by the new API. So which graphics cards will top the charts in 3DMark Time Spy? To answer this question we have to wait for official release of the new benchmark, which is expected early next year.