AMD Radeon R9 380X to be released on November 15th

The latest addition to Radeon 300 series codenamed Antigua XT will start shipping in just 10 days. According to Korean website R9 380X equipped with full Tonga/Antigua graphics processor will cost just $249, which is the exact same price Radeon R9 285 used to cost at launch.

Antigua is a new codename for Tonga processor, which was exclusively available in full version only with new iMacs as R9 M295X (codenamed Amethyst).

The reference clock speeds were not yet confirmed, but the card is expected to run at 1000+ MHz frequency.

The NDA on the specs will lift on November 15th, whereas the embargo date for custom models will end 4 days later on November 19th. HWB confirm XFX, Sapphire, Gigabyte and PowerColor will all have their cards ready. 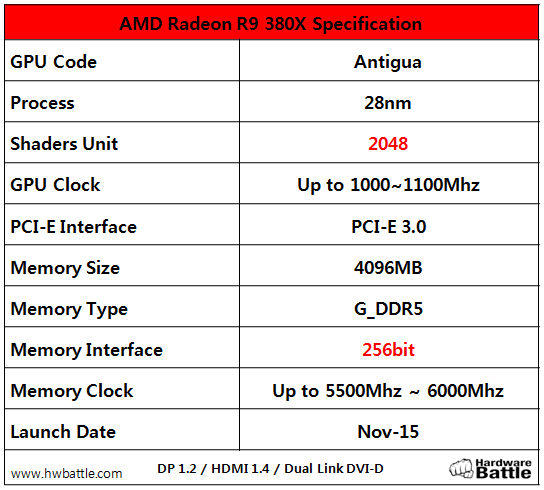