It’s been a while since NVS and Quadro series split, but in the end it’s easier for customers to understood the application of each card.

The NVS series are designed for massive screens, which often consist of smaller screens. Each of those ’tiles’ has to be connected separately to graphics processor, which handles the process of merging them into one virtual screen.

NVIDIA NVS 810 has eight mini-DisplayPorts 1.2 and it can output 4K signal. NVIDIA has not yet confirmed which GPU exactly does NVS 810 use, but they did confirm it’s dual-GPU card. Each core has 512 CUDA cores and 2GB DDR3 memory. Total power consumption is just 68W, which further suggest low-clocked GM107 GPUs.

Quadro NVS 810 will be available later this month in USA and Europe. 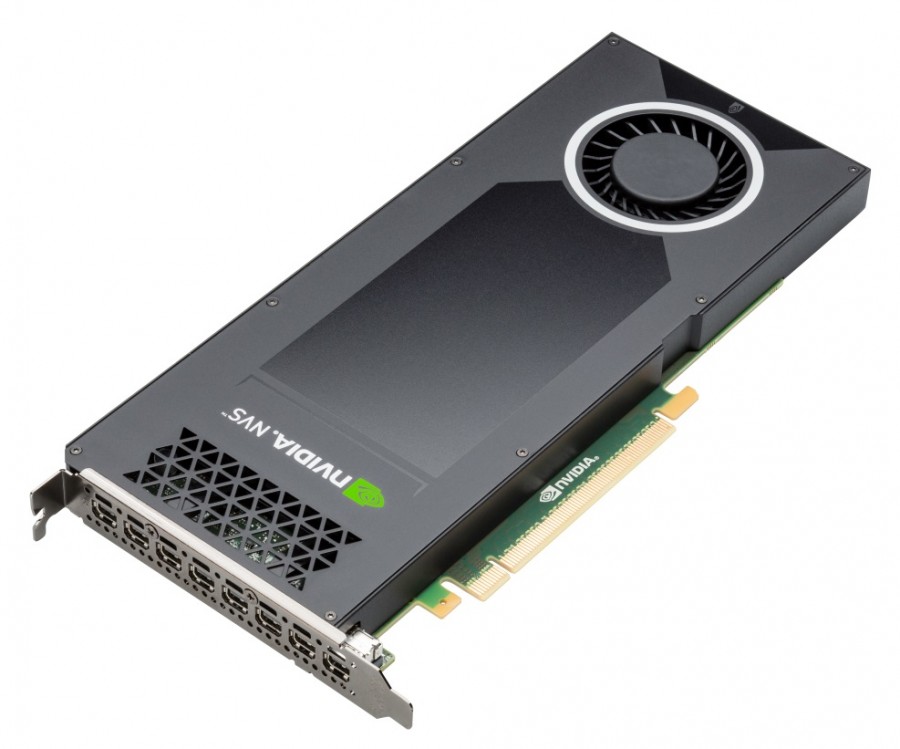