Gigabyte enters the fight for the fastest HBM-based graphics card on the market. It’s been a while since ASUS, Sapphire and PowerColor have showcased their custom R9 Fury graphics cards. Today, Gigabyte joins the competition between the biggest AMD partners with its new WindForce 3X model. 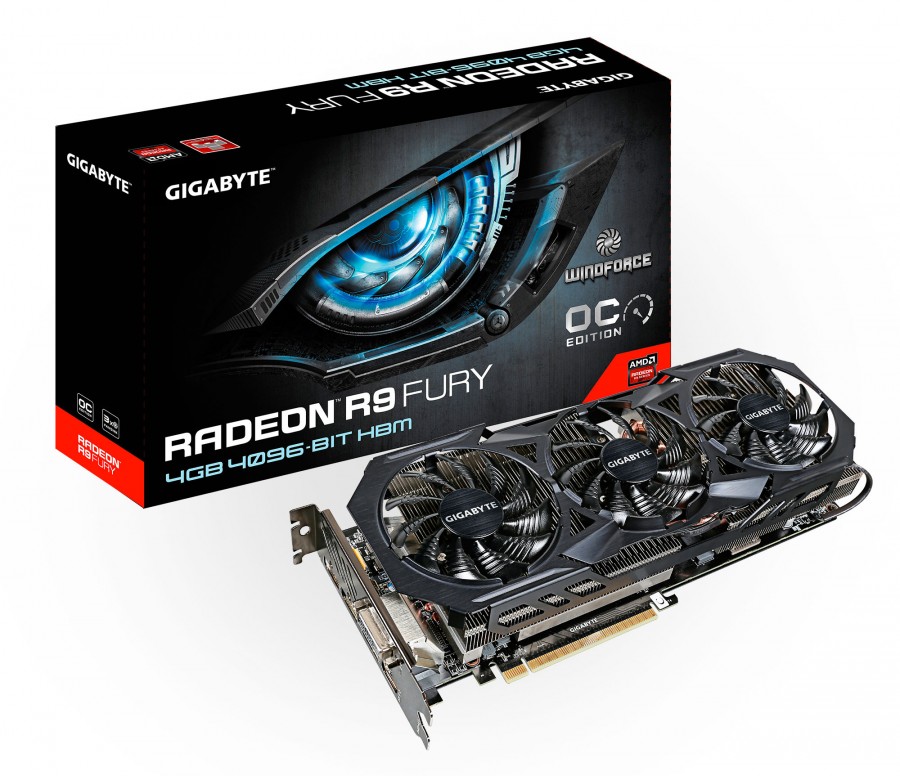 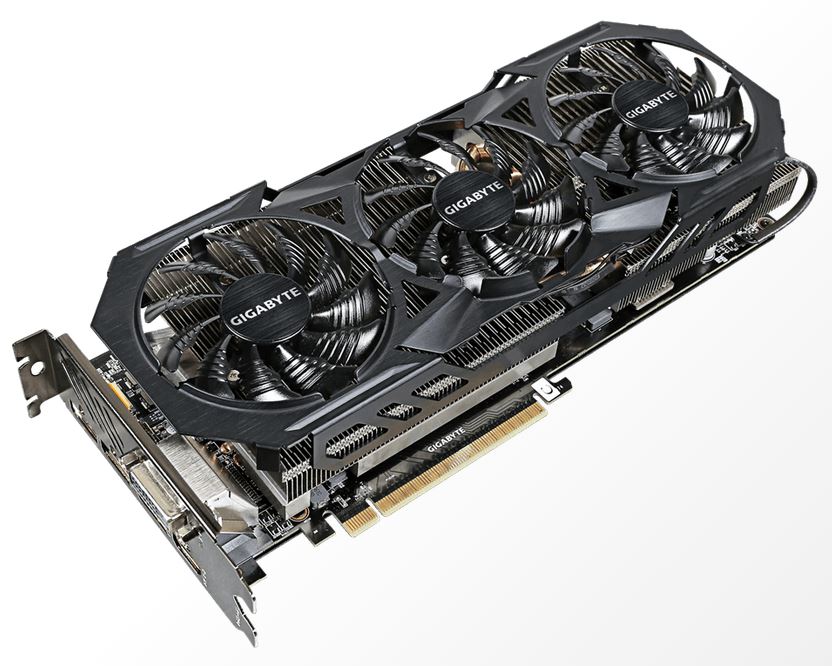 It’s actually quite interesting why it took so long to develop custom R9 Fury by Gigabyte. One could say poor yields of Fiji silicon affected the development, at least for some manufacturers. MSI for example, still didn’t release any custom Fiji-based graphics cards, which is quite surprising for such a big company.

Same as ASUS, Gigabyte team went one step further by designing custom PCB, exclusively for this card (technically R9 Fury X could use the same board, but AMD would never allow that to happen — because reasons). Two 8-pin power connectors are still present, so the difference between Fiji reference board comes to better components and efficient cooling solution. However Gigabyte did not disclose exactly was changed or added, so we won’t go into details.

Same as the competition (ASUS STRIX, Sapphire TRIX), Gigabyte decided to make WindForce 3X cooler bit thicker than we were used to see. The heat sink is already taking two slots, and triple-fans take another centimeter. Let’s not forget it also comes with a backplate, which in my opinion was just added to improve aesthetics.

You might’ve already noticed that the packaging proudly claims that Gigabyte’s R9 Fury WF3X is factory-overclocked. Well, it is, but only by 10 MHz. It is yet unclear when will this card hit the shelves and how much will it cost.