NVIDIA is set to announce new game bundle that will include two Ubisoft titles.

The promotion will let you choose between Rainbow Six Siege and Assassin’s Creed Syndicate (not both). Only new purchases of GTX 980 Ti, GTX 980, GTX 970, GTX 980 for Notebooks, GTX 980M or GTX 970M will be eligible for free game. Yet again, those planning a purchase of TITAN-class GPU receive a solid slap in the face.

Speaking of Rainbow Six Siege I actually happened to take part in beta, and what made me dislike this game almost immediately was the overpowered SHIELD (oh the irony).

According to WCCFTech the promotion will last till 5th January 2016. Apparently there’s a limited supply of virtual copies of the game, because reasons. 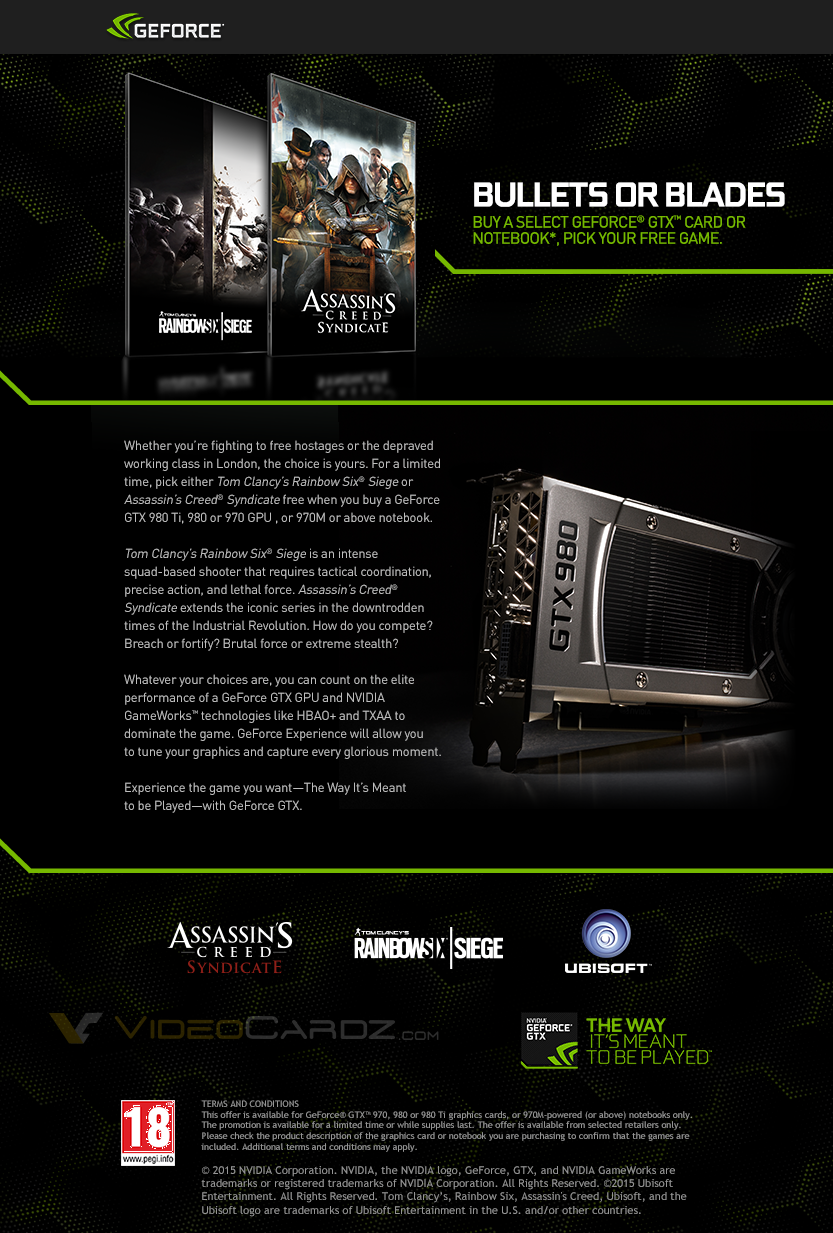