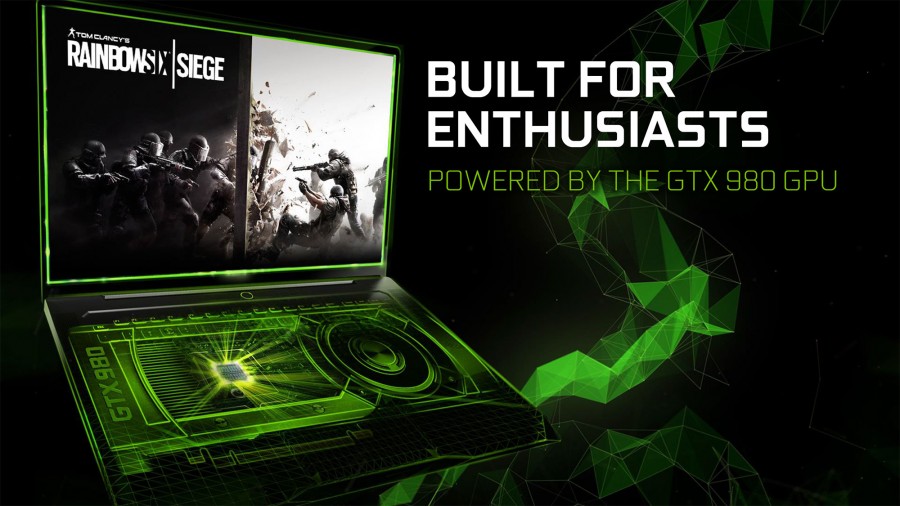 First and foremost, the GTX 980 for notebooks is not GTX 990M or GTX980MX as you might have heard, it simply is … GTX 980 for notebooks. The decision to drop M postfix was intentional. NVIDIA claims to use the same GPU configuration as on desktop model. However, the GPU went through binning process and thermal design power is likely lower than its desktop’s brother.

The GeForce GTX 980 for notebooks comes with 2048 CUDA cores, 128 TMUs and 64 ROPs, so it’s the full GM204 graphics processor. What’s interesting is that mobile variant will be available in 8GB configurations.

What’s more, NVIDIA claims that new GTX 980 will run at very high clocks comparable to desktop variant. It will vary depending on notebook model, but the base clock is set to 1064 MHz, while memory clock is 7000 MHz and the bus width is 256 bit. The bandwidth is therefore the same as desktop GTX 980: 224 GB/s, but maximum theoretical single-precision computing power is 0.2 TFLOPS lower. 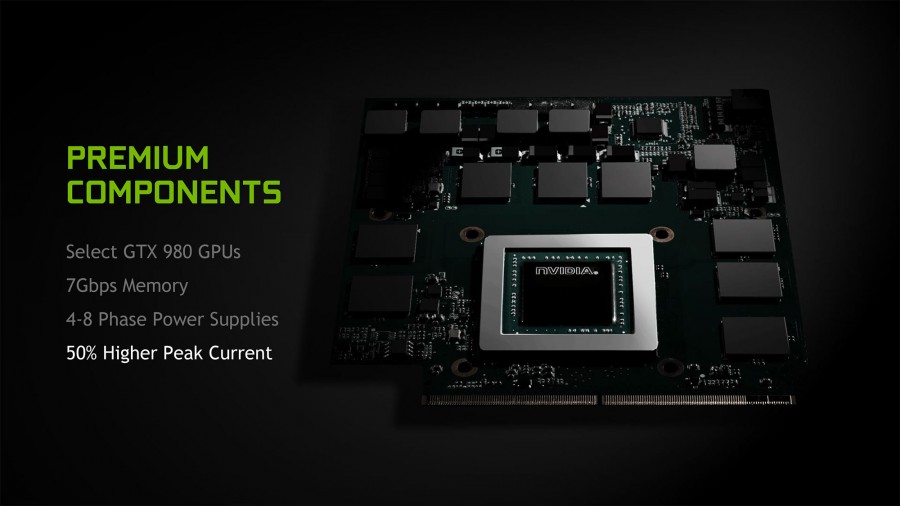 NVIDIA has finally made a true overclocking chip, where users will be able to control GPU clocks, memory clocks and fan curves. However voltage adjustments and power targets are not adjustable. This is still not what many would expect to see, but it’s a step in right direction. According to the slides, GTX 980 (N) would overclock up to 1400 MHz, with memory reaching 7500 MHz. 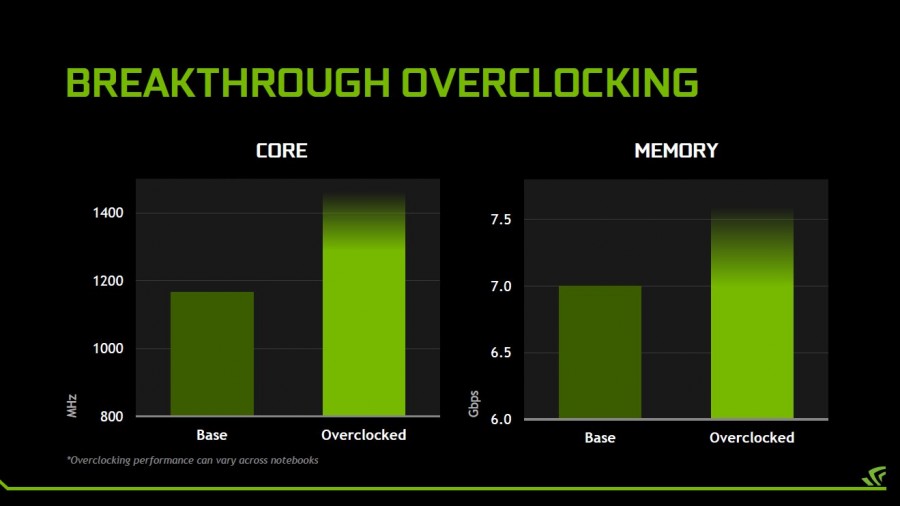 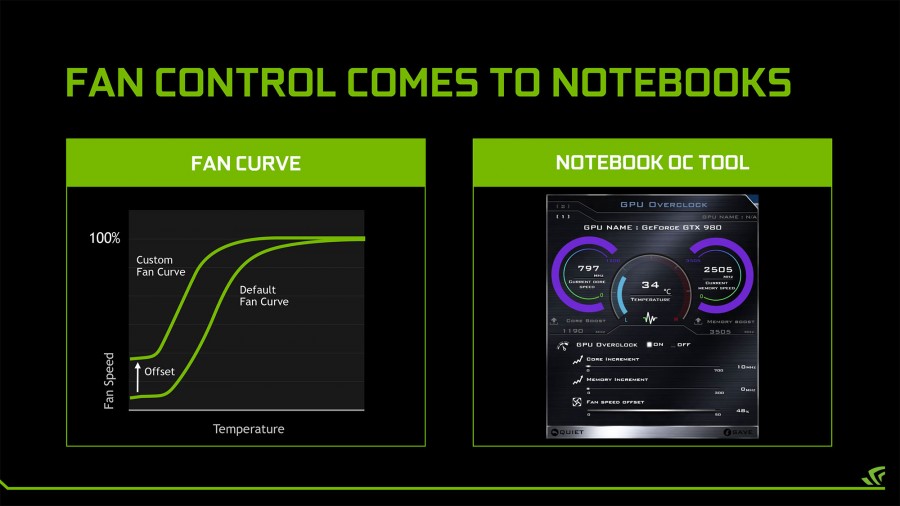 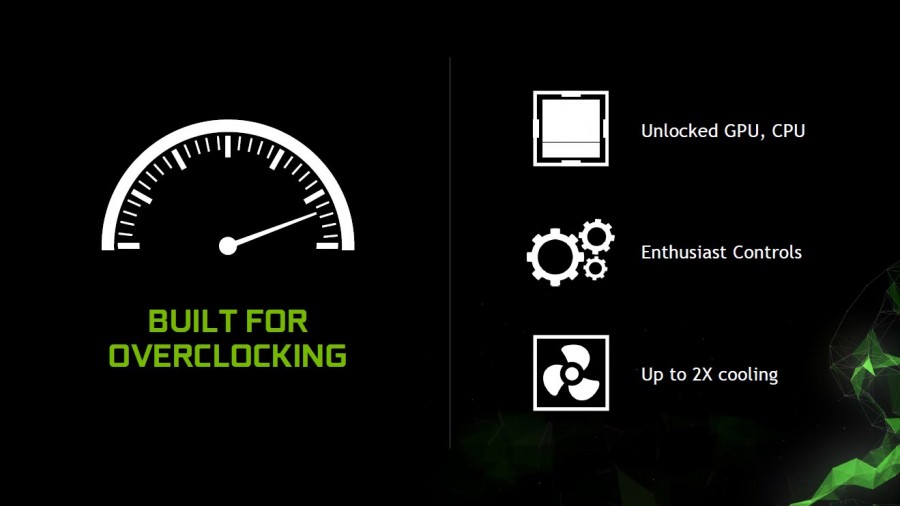 There are no official words on the pricing, however according to PCPer, systems with new GTX 980 will cost 25% more than systems with GTX 980M. Some notebooks will be upgradable, but the true experience will only be available with these new laptops: 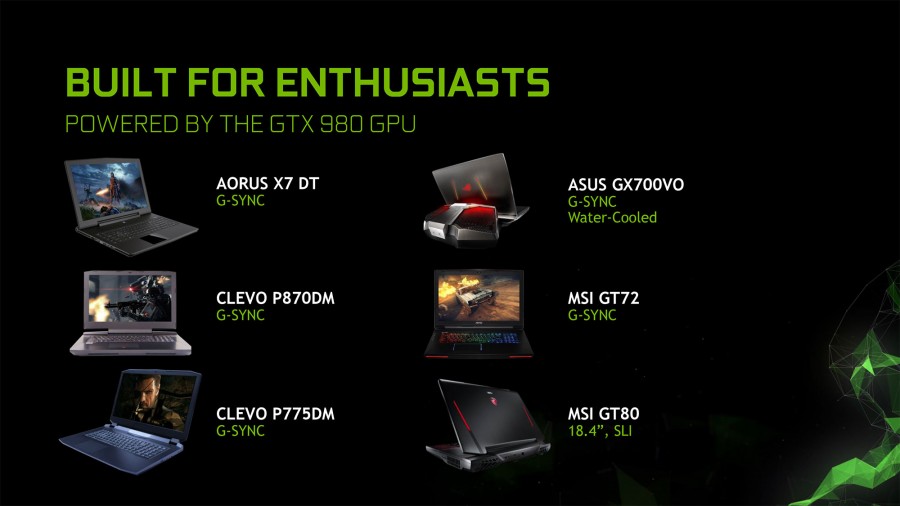 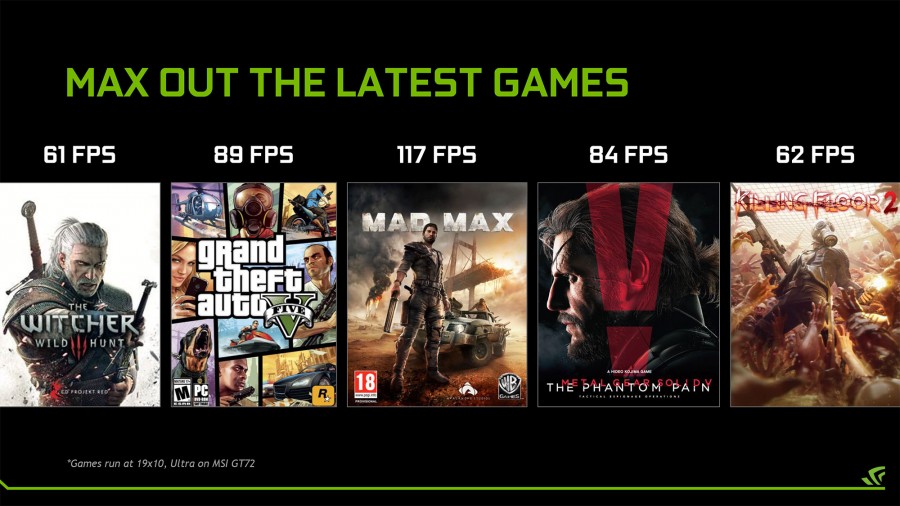 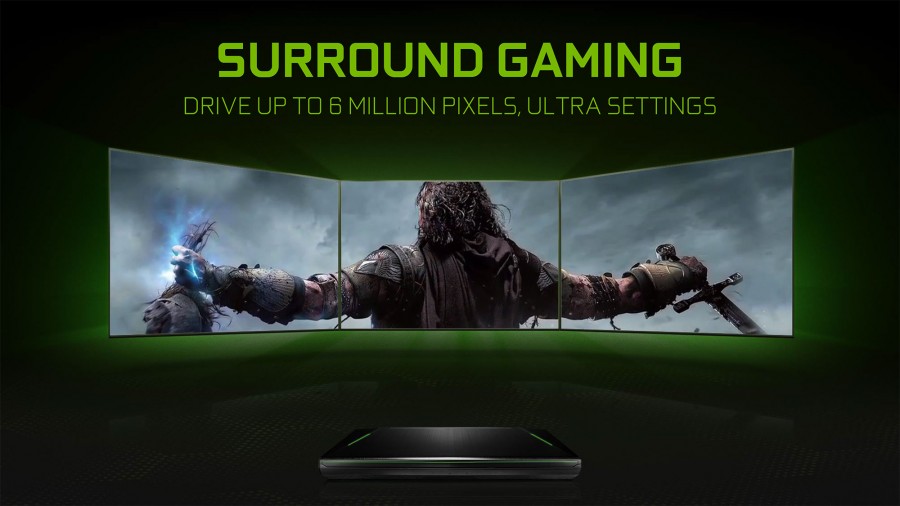 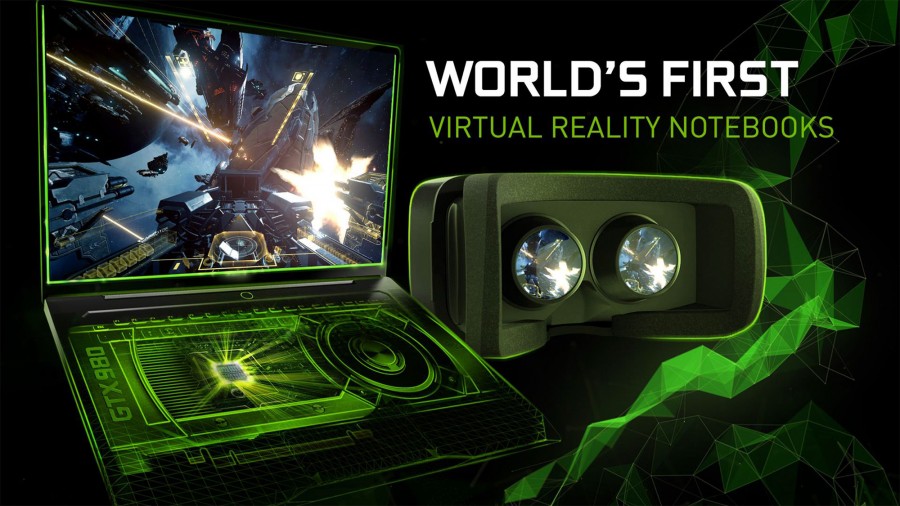 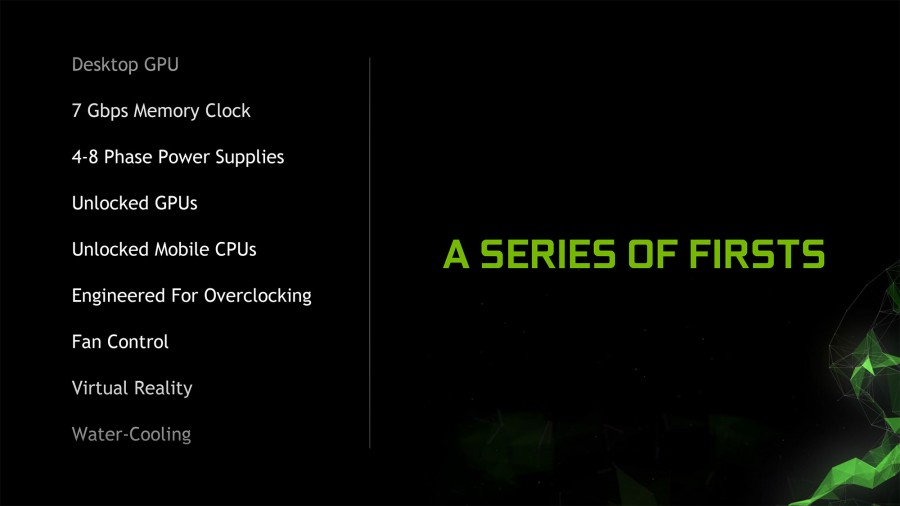