According to Hermitage Akihabara GeForce GTX 950 will be released next week.

We have been telling you about GeForce GTX 950 for few weeks now. This new card is based on Maxwell GM206 GPU and that it features 2GB GDDR5 memory (4GB models are also planned). It’s a mid-range solution that will replace GM107-based GeForce GTX 750 series. It is unclear if GTX 950 will follow the same power requirements, but we are definitely looking at sub-100W solution.

In case you forgot, the leaked GPU-Z screengrab, also had GPU listed as 1402. 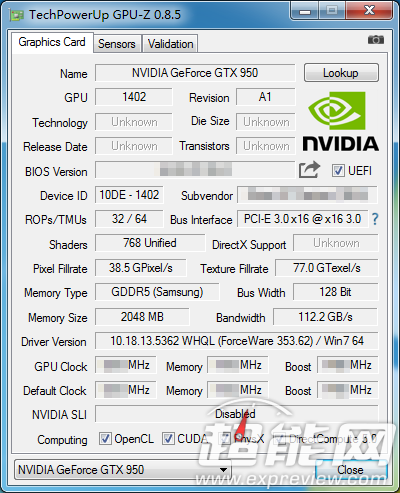 That said, it seems we already know the specs, launch date and we even saw first custom model. But of course, I will ask Huang for more pictures, so stay tuned.