While we anticipate more news on R9 Nano and R9 Fury X2, cheaper models are also about to come out.

The first thing I wanted to point out is that we don’t know if Radeon 370X will be part of R9 or R7 series. The cut-down version, Radeon 370, is part of R7 series, so the educated guess would be on R7 series. However the leaked GPU-Z screenshot posted by Expreview suggests otherwise (R9 370 series). 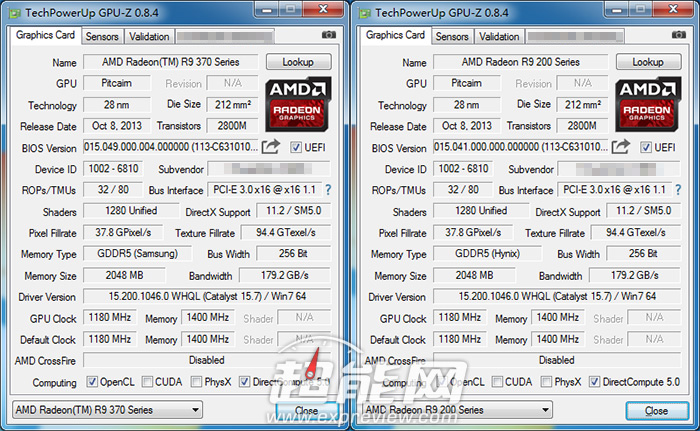 The new card would sport 1280 Stream Cores (full processor), 2GB GDDR5 memory across 256-bit interface, and similar clocks to R9 270X. The GPU clock is most likely of factory-overclocked model.

According to Expreview, the only difference between Radeon 270X and 370X would be BIOS revision, as both cards even share the same Device ID.

Radeon R7 370X is yet another reincarnation of Pitcairn graphics processor, which was first released in 2012. With the launch of Radeon 200 series it was renamed to Curacao, and with Radeon 300 series it was rebadged to Trinidad.

Radeon 370X is quite possibly being prepared for GeForce GTX 950 launch, which is expected in the next two weeks.