Thanks to guys over at eTeknix, who I’m guessing are still mad at AMD for not sending them R9 Fury X sample, we already have R9 Fury (non-X) press slides leaked, a day before launch.

The Radeon R9 Fury non-X based on Fiji PRO graphics processor sports 3584 Stream Processors, 224 Texture Mapping Units and 64 Raster Operating Units. In comparison to Radeon R9 Fury X, R9 Fury has 8 Compute Units disabled. For some reason TDP did not change, even despite downclocking engine clock to 1000 MHz (by 50 MHz).

Radeon R9 Fury is the first graphics card equipped with HBM memory to launch in custom variants. So far only two AIBs have shown their cards, which is ASUS and Sapphire. Both cards are equipped with beefy triple-fan coolers, the heat sink on Sapphire card is just enormous.

ASUS STRIX R9 Fury was used as ‘reference’ card in marketing materials, they even changed ASUS stickers to AMD. Actually, if this was indeed the reference card, I wouldn’t complain, quite a step from Volcanic Islands. 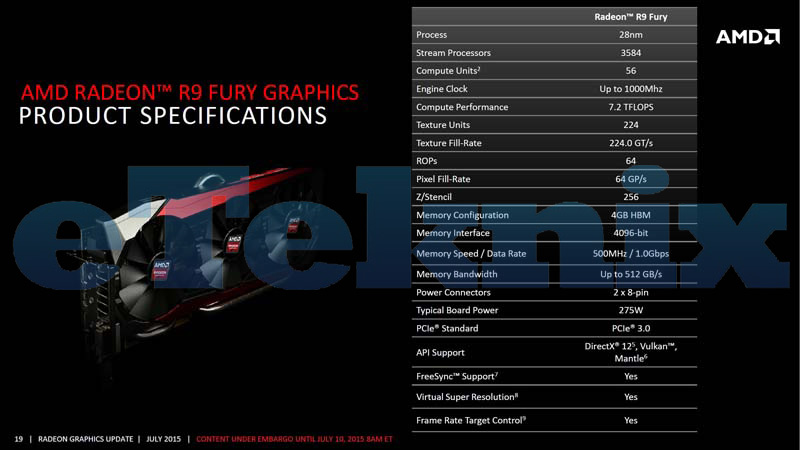 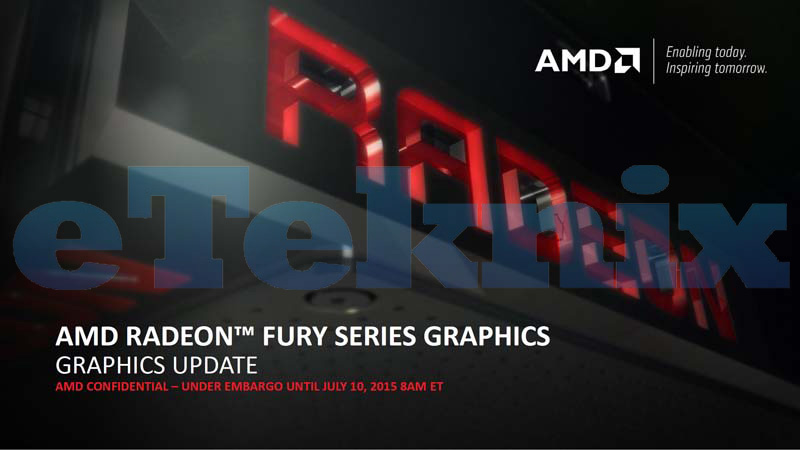 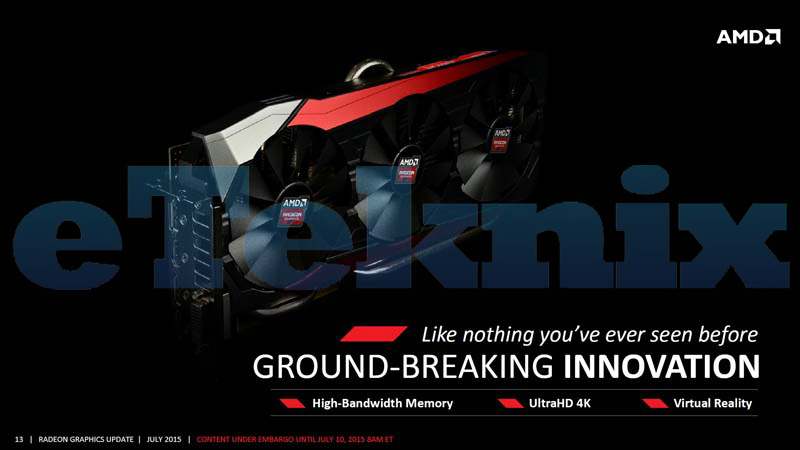 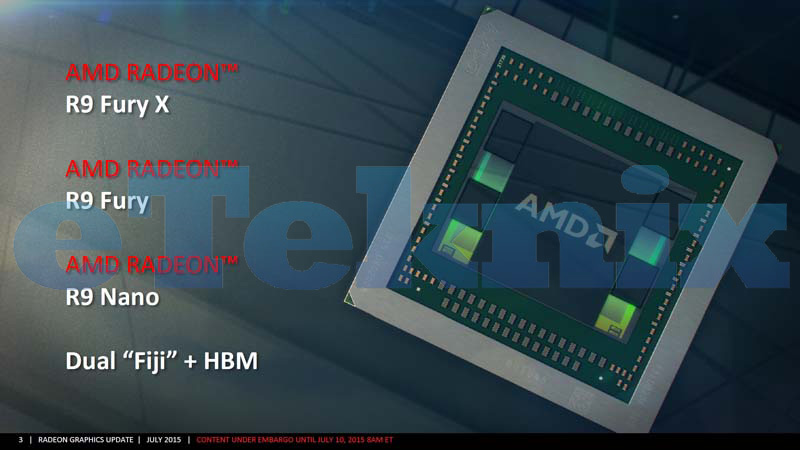 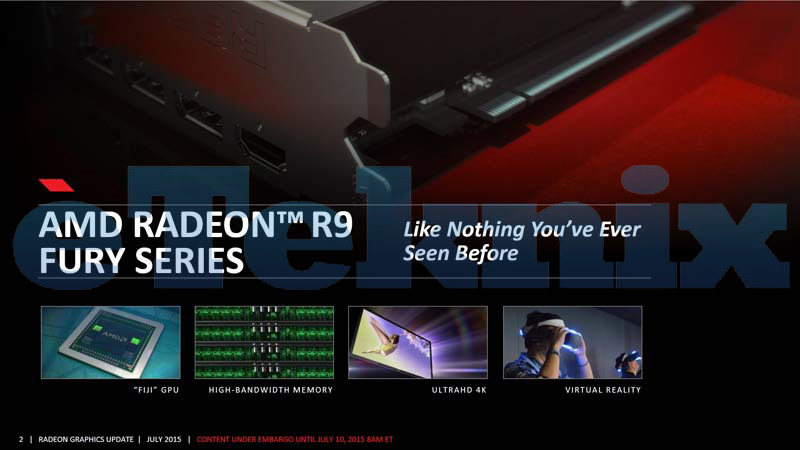 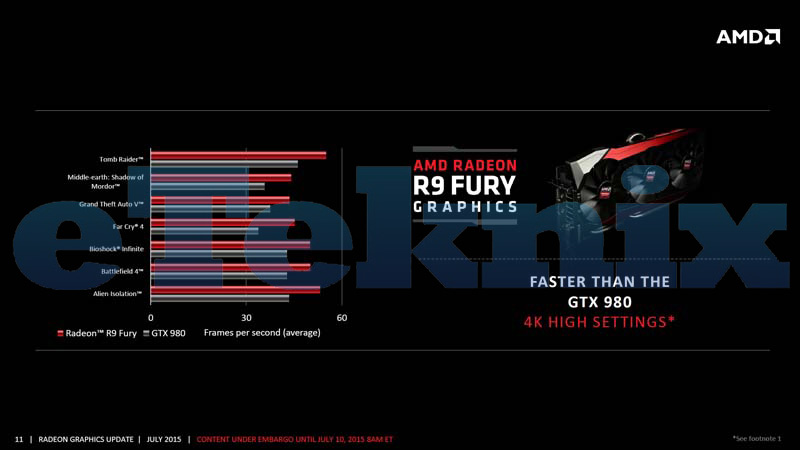 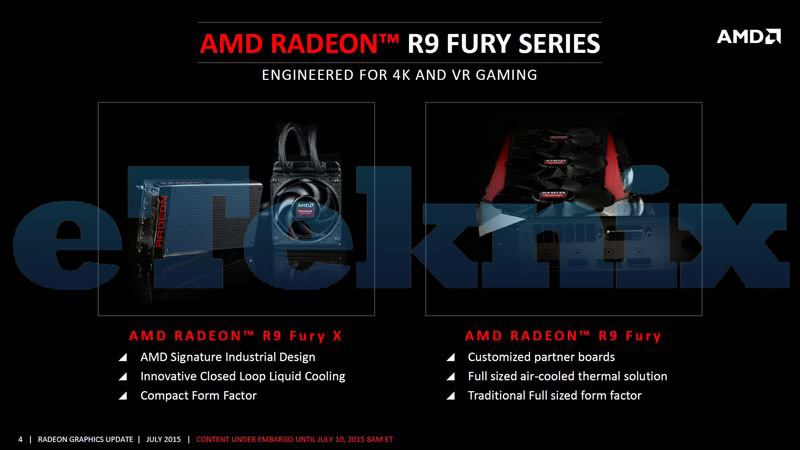 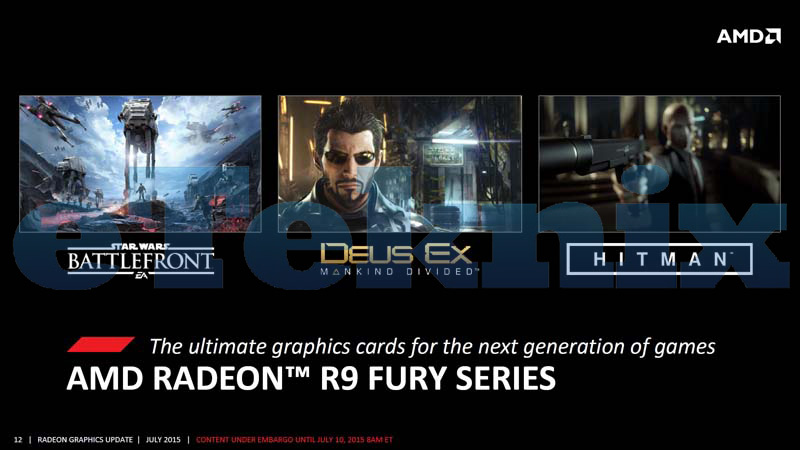 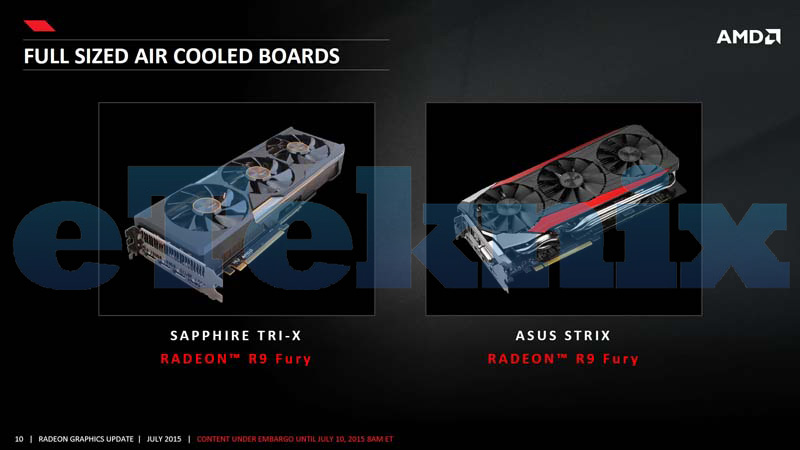 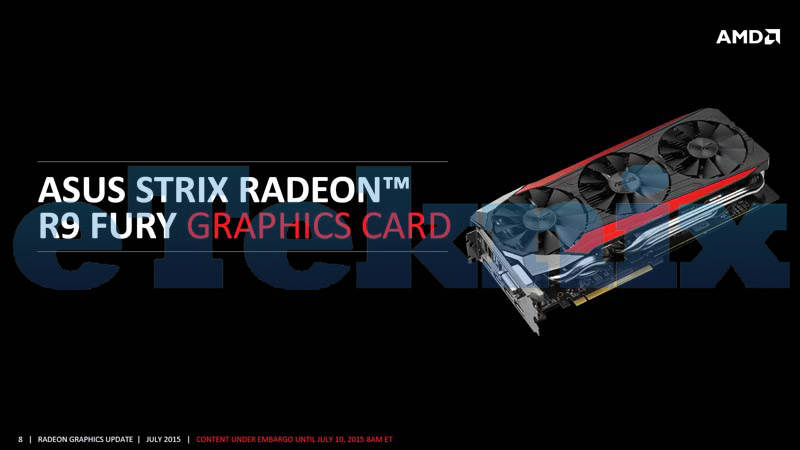 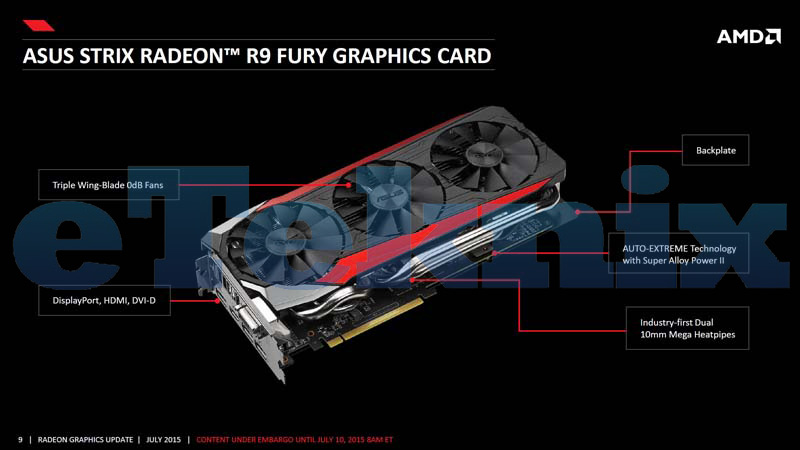 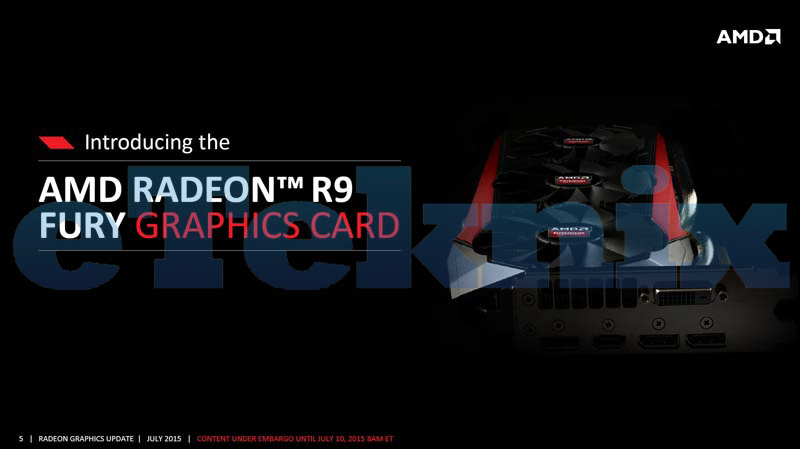 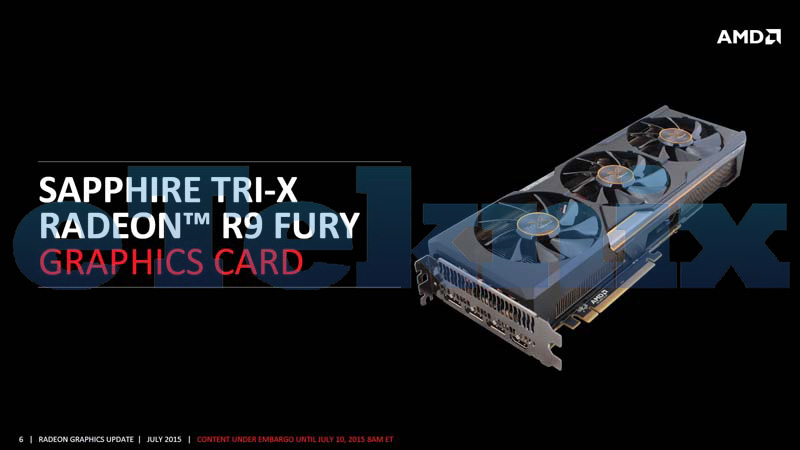 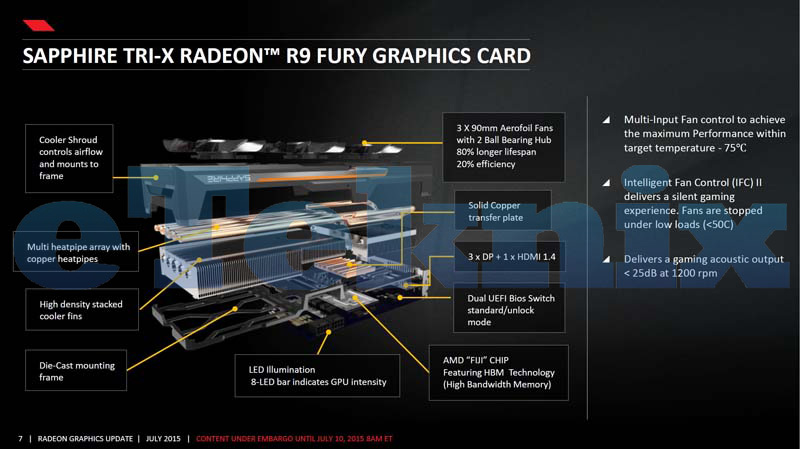 Can you imagine they made the same typo again?! According to Sapphire, Fury has bandwidth of 450 GB/s.. 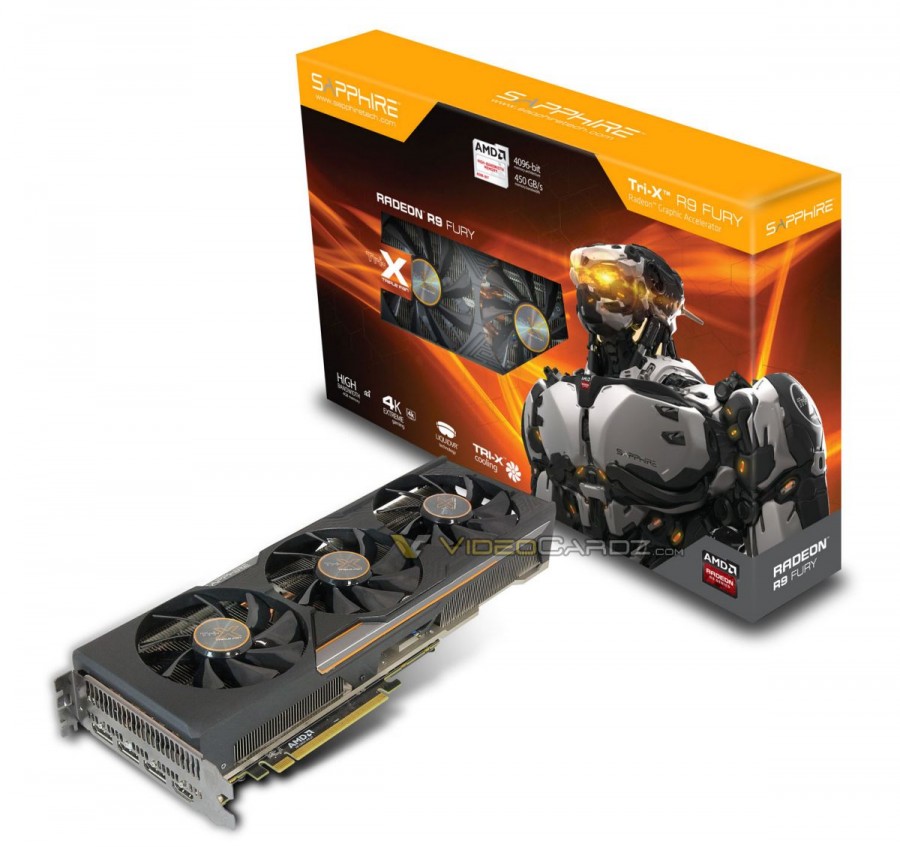 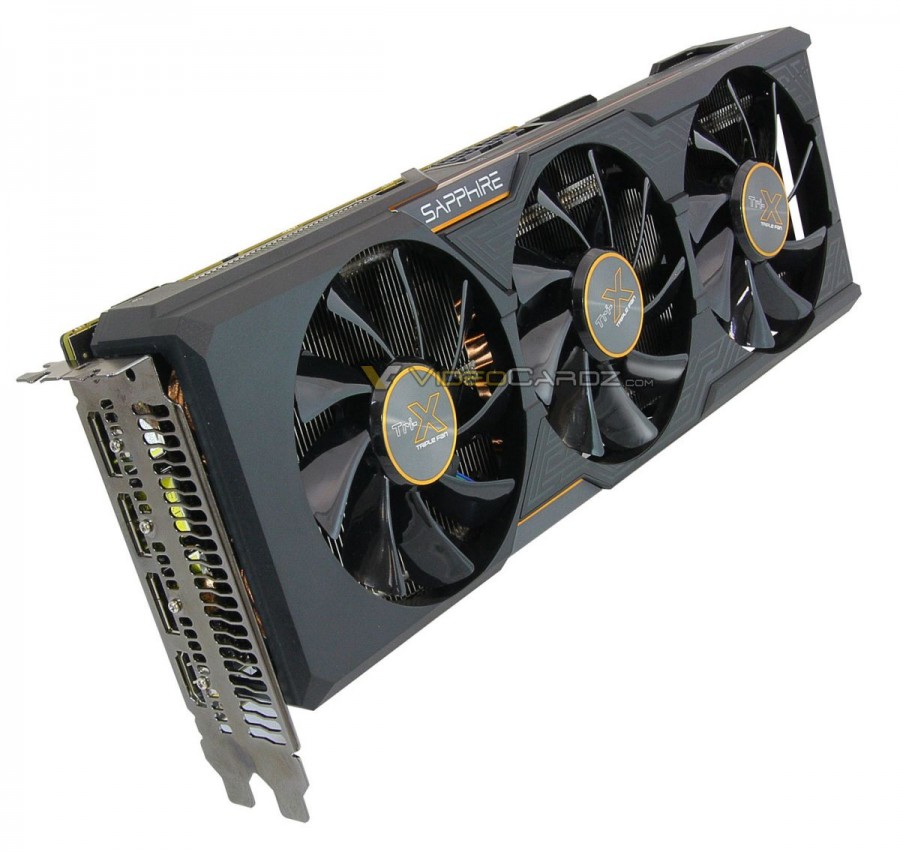 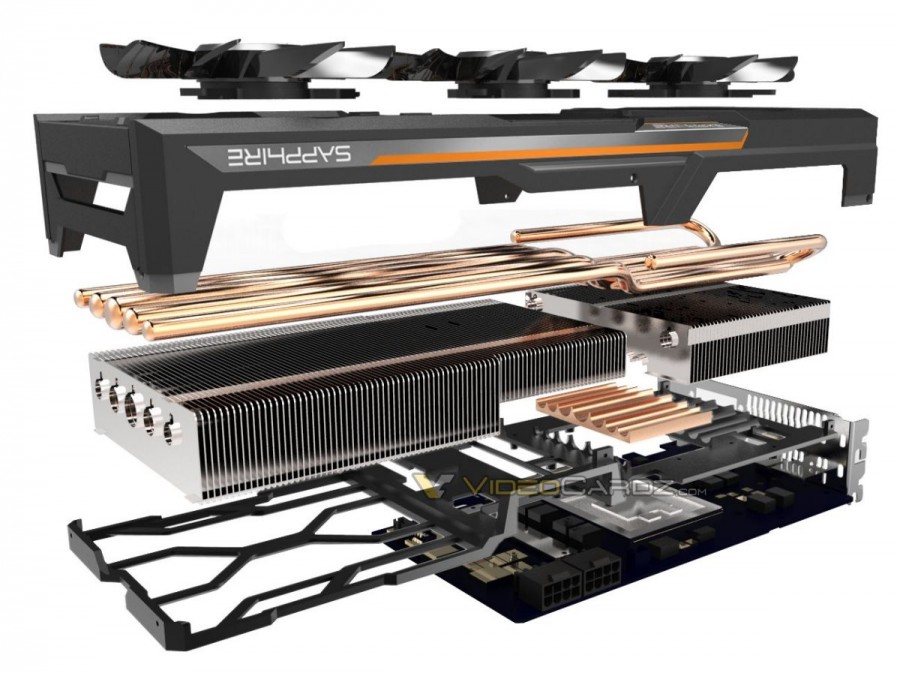