We have confirmed specs of Radeon R9 Fury along with some pictures. Sapphire is working on two R9 Fury cards equipped with the same cooling solution (triple-fan Tri-X). It seems reference clock of R9 Fury is 1000 MHz, while the overclocked card from Sapphire is rated at 1040 MHz, which is still lower than Fury X. It is now confirmed Radeon R9 Fury has 3584 (56 Compute Units) and 4GB HBM1 4096-bit memory clocked at 500 MHz. You can learn more from the chart below: 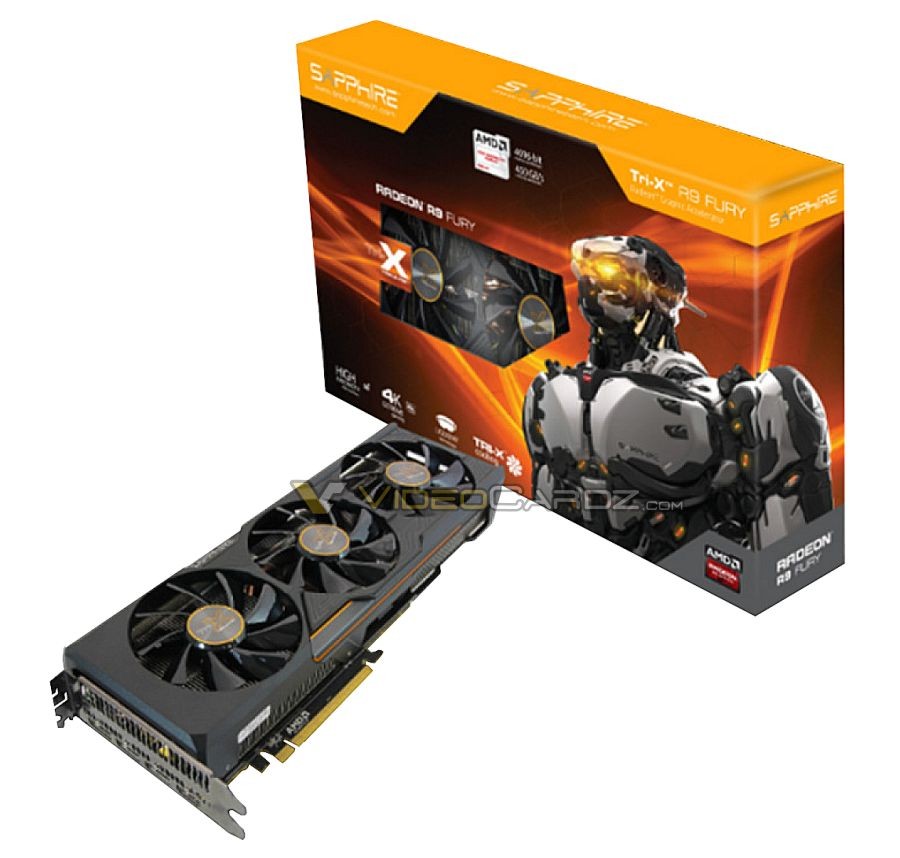 Behind the back-plate lies the original R9 Fury PCB. I’m quite confident this is the same PCB as offered with the Fury X (board number C880). It has two 8pin power connectors and GPU Tach (LED load indicator).

AMD Radeon R9 Fury is equipped with four display connectors: 3x DisplayPort 1.2 and one HDMI (1.4a). R9 Fury will fill the gap between R9 390X and R9 Fury X, which is somewhere between GTX 980 and GTX 980 Ti. Card launches exactly in a week. 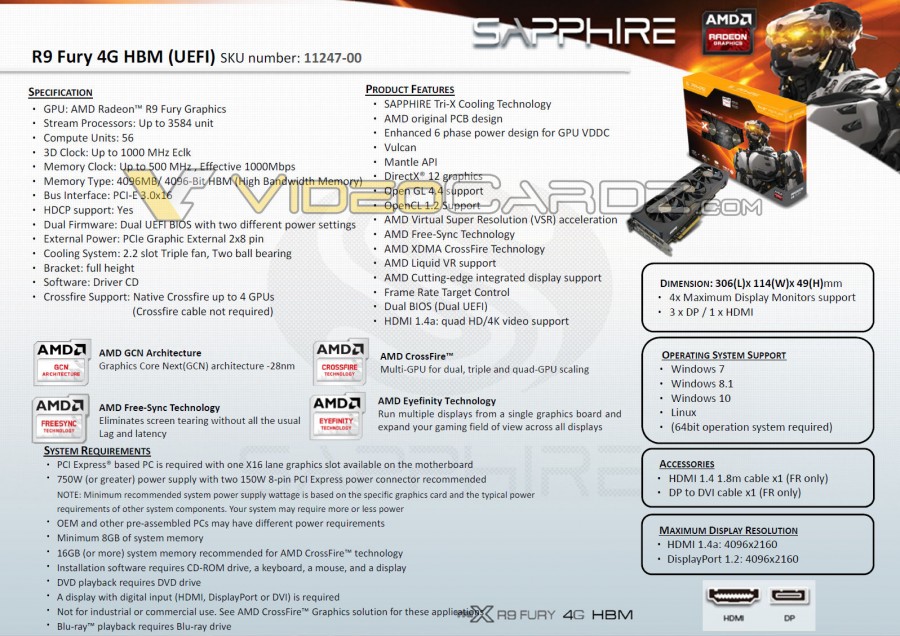 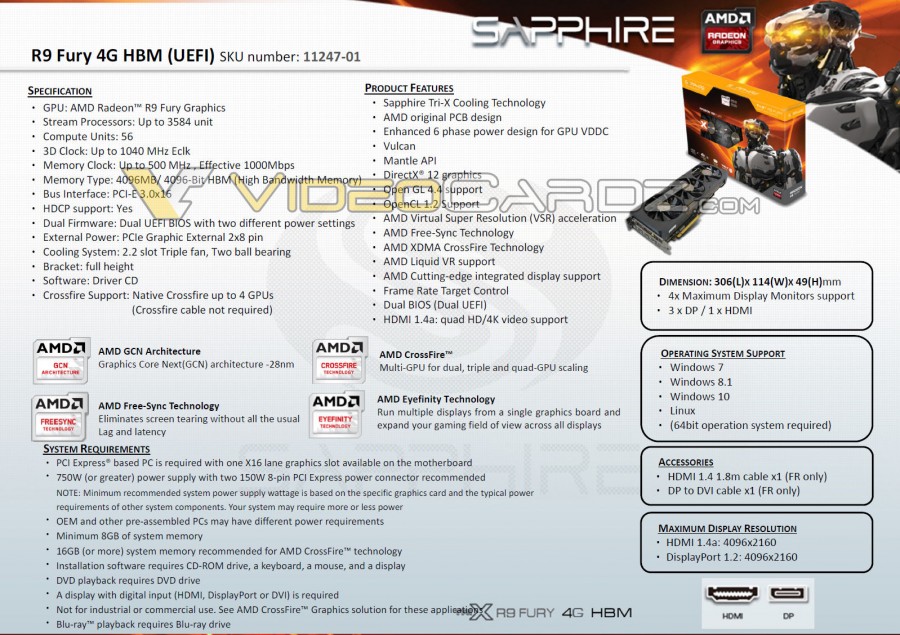