The confusing launch dates for Radeon 300 series and Fury series have finally found its first victim.

Today is the launch of Radeon 300 series, not the Fury X. Some official slides of Radeon Fury X have been approved for public appearance, but not all of them.

One of such slides is 4K gaming performance showing R9 Fury X vs GeForce GTX 980 Ti. This chart is quite possibly taken from reviewers’ guide, document only given to people under NDA. The NDA for Fury X ends 24th, not today..

This slide shows Radeon R9 Fury X beating GTX 980 Ti in every single game. The problem with this slide is that it’s only 4K, and in general it shows hand-picked AMD-supported titles. Not the most representative benchmarks around, but well, it’s no longer a secret — Radeon R9 Fury X will compete against GTX 980 Ti, not the TITAN X. 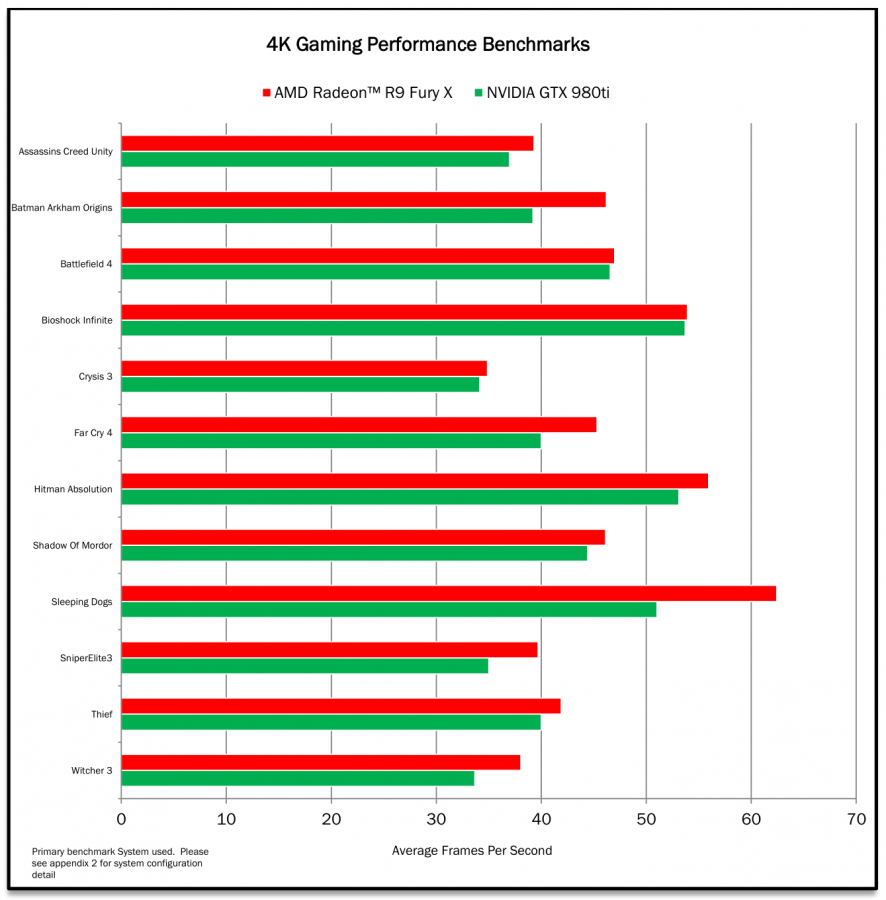 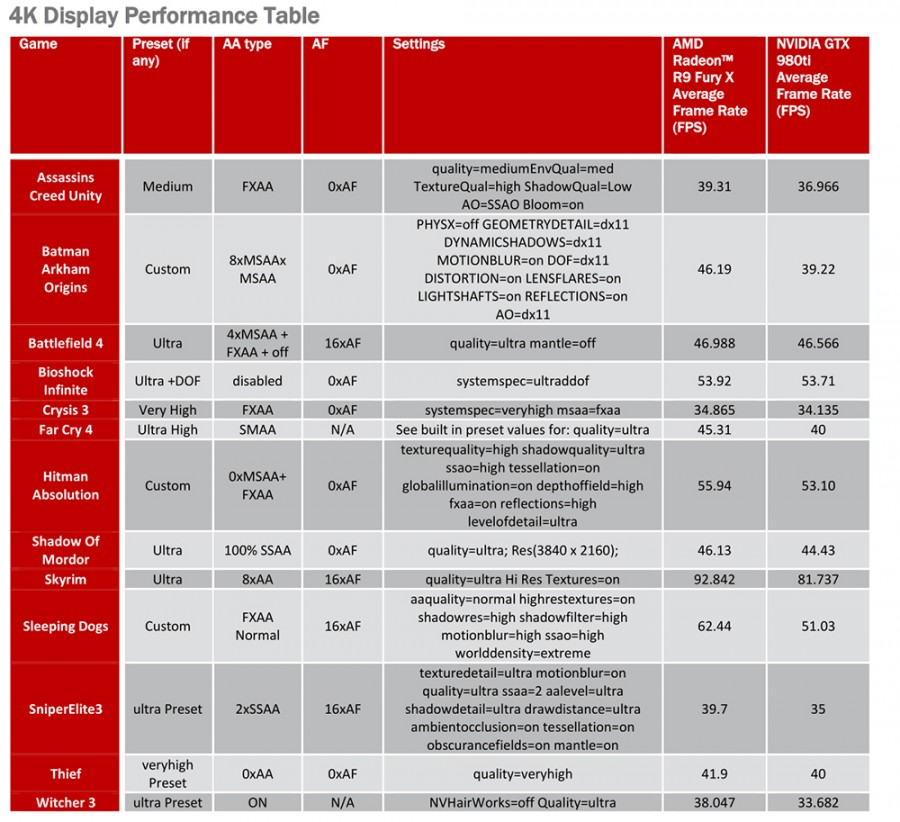 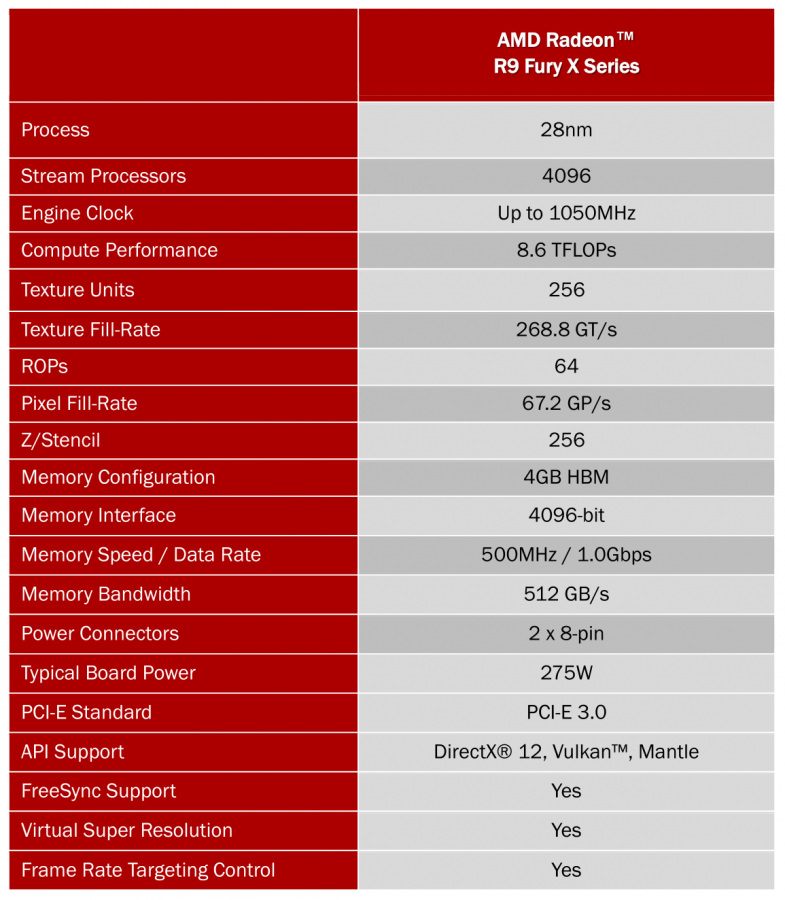 Not the most informative Overclocking Performance chart. This is after applying 100 MHz higher clock to Radeon R9 Fury X.