This is not only the first PCB picture of AMD Fiji-based product, but it’s also first picture of dual-Fiji graphics card.

Please note, The R9 Fury X2 is not official name, but it’s based on the common sense and the practice of what AMD was doing for the past few years. The Dual-Fiji graphics card is based on two Fiji XT graphics processors. It has 8192 Streaming processing units and 8GB HBM1 memory. Surprisingly, card is powered by two 8pin power connectors, just like single-GPU Fury X. So it should arrive with slower core frequency.

It even has the same display configuration as Fury X: three DisplayPorts and HDMI. The board is single-slot, likely because it was taken out of the Quantum Project miniature PC presented today by AMD. The consumer verstion will likely be dual-slot and use watercooling just like Fury X. And if we are comparing both cards, the PCB is not much longer either. Right in-between the GPUs there is PLX chipset which works as interconnection between the two processors.

AMD Radeon R9 Fury X2 is expected in Autumn. I wonder if NVIDIA already has something with two cores in the works. 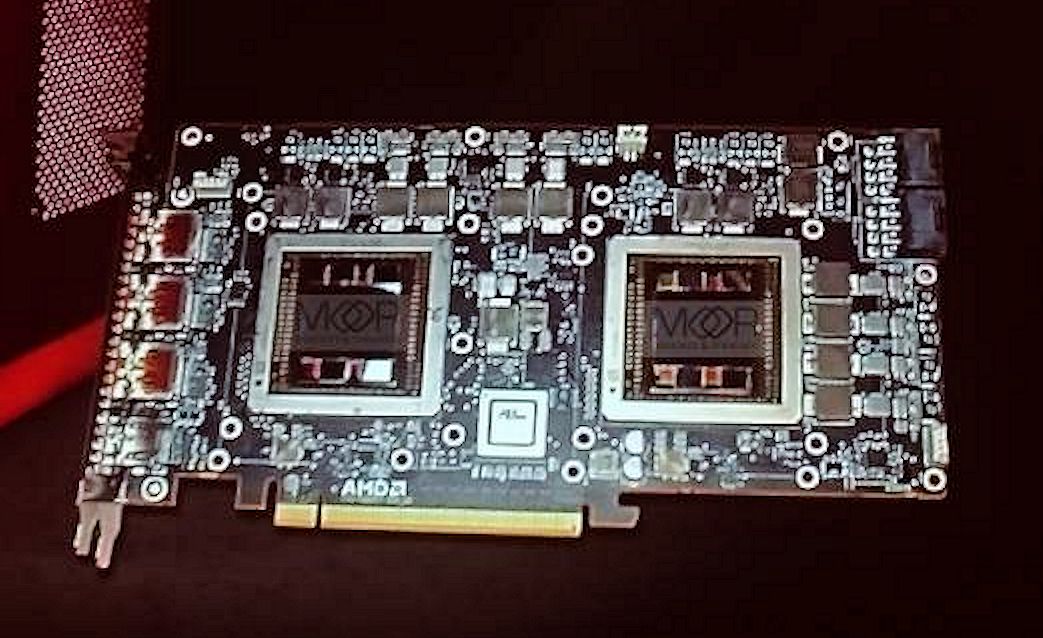