It’s hard to keep track of the most recent rumors if you are not following all forums topics devoted to Radeon 300 series.
This post should help you out with the latest rumors. 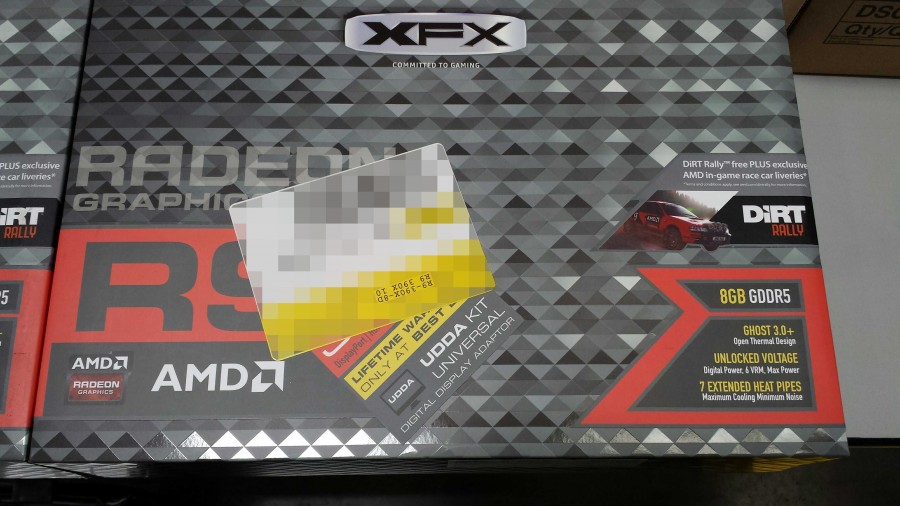 The guy who claims to work for BestBuy confirmed first batch of XFX Radeon 300 cards has arrived at the warehouse. He confirmed that Radeon R9 390X/390/370/360 are all there. However as soon as he realized that he made a huge mistake by posting this information, he quickly removed both his post and the picture, and we never heard from him again.

He did say though that Radeon R9 390X is shown with the 449 USD pricetag in the system. Whether this is the final price of custom Radeon R9 390X, we don’t know.

According to TweakTown, there won’t be more than 30k Radeon Fury X units made this year.

According to our industry sources, AMD is going to have just 30,000 units of its HBM-based Radeon Fury and Fury X video cards. This is not many at all, considering that the only other cards that AMD will be releasing will be rebrands of its Hawaii-based Radeon 200 series cards.

According to SweClockers, AMD Fury (the slower Fiji-based model) is still not ready for launch. Unlike Fury X, which is said to launch only with water-cooling solutions, Fury non-X will be available with custom boards and custom cooling solutions.

The reason for the Fury non-X launch delay could be related either: low yields of Fiji silicon (Fiji PRO is cut-down part), or AIB partners being in the process of developing their own custom boards. Or maybe both reasons.

Last but not least, they said there are no air-cooled Fury X cards planned (only water-cooled).

Fudzilla claims that Radeon Fury X will not ‘launch’ at E3 PC Gaming event. Instead, on June 16th Richard Huddy, who will be hosting the event will only give us a glimpse of the new card. The actual launch would take place two days later (that’s where more information would be released, maybe specs?). But that’s not all, reviews would not be posted sooner than June 24th. 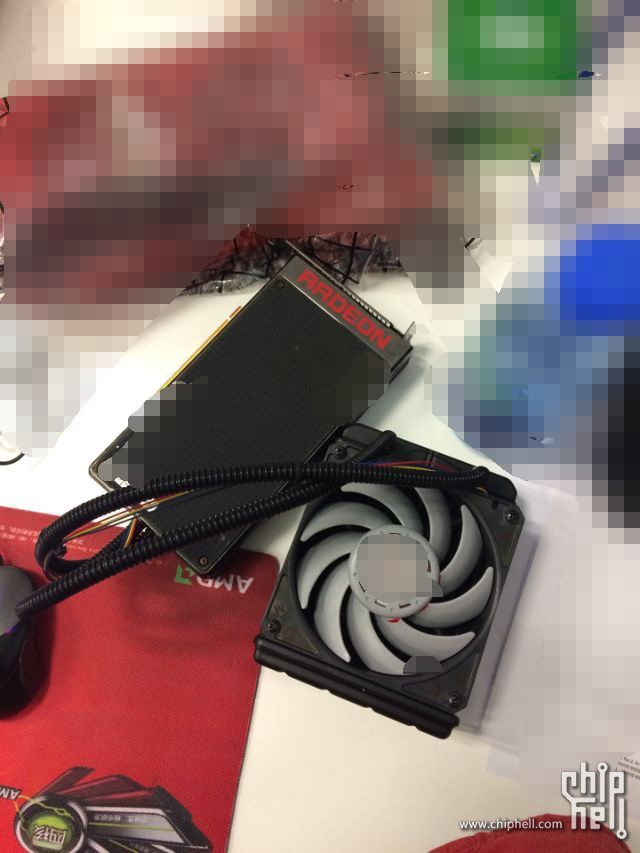 Here’s a new picture of Fury X showing both the card and the radiator, with .. rather interesting fan. You might have noticed that each sample that was pictured throughout the past 2 weeks has slightly different fan. There is a rumor that AMD decided to make each batch unique, so they can keep track of who leaked it.

Well I couldn’t care less about the fan, but could someone please leak the GPU-Z screenshot?