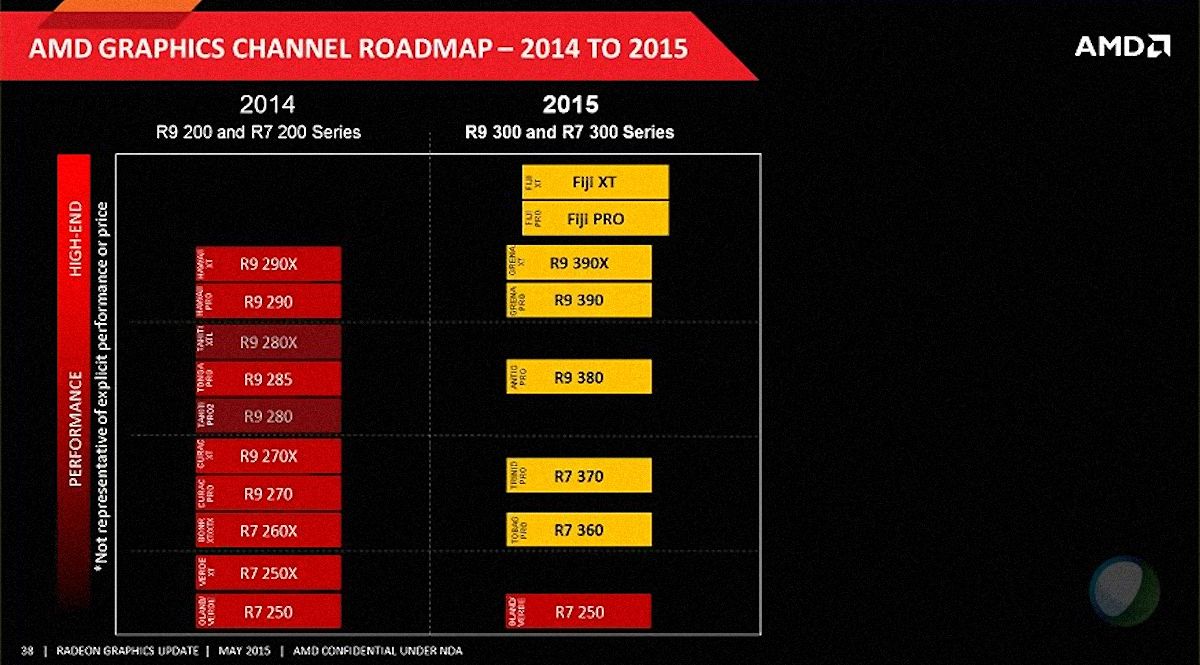 Before we being though, I wish to express my opinion. We can clearly see this slide has different fonts than other official slides we used to see from AMD. In fact, I can’t remember AMD using Arial and Open Sans. BUT let’s assume this slide is not fake.

AMD Fiji to be delayed?

I don’t know how are you going to interpret this slide, but it seems quite obvious to me that Fiji GPUs are coming later than Hawaii, Tonga, Curacao and Oland-based products. Assuming that X axis is the timeline, then Fiji GPUs are slightly pushed back to later date. This would actually confirm what I’ve been hearing: retail Fiji cards would not be expected at launch (right after E3 event).

What this slide would ‘confirm’ though, are the new codenames for the GPUs:

The slide however does not mention ‘Fury‘ branding in any place. It also seems that entry-level parts (R7 350/340) could be exclusive to OEMs, while keeping retail channel simplified and easy to follow.

Simplifying the lineup is quite possibly the best decision for AMD right now. If NVIDIA can gain such a big share in GPU market with only models in the offer, then AMD should follow the same path. This will help the customers and the sellers to understand what they are buying or selling.

AMD Radeon 300 series are expected to launch at E3 PC Gaming event on June 16th. We really hope it’s not a paper launch.

Many thanks to Mtom for the tip!