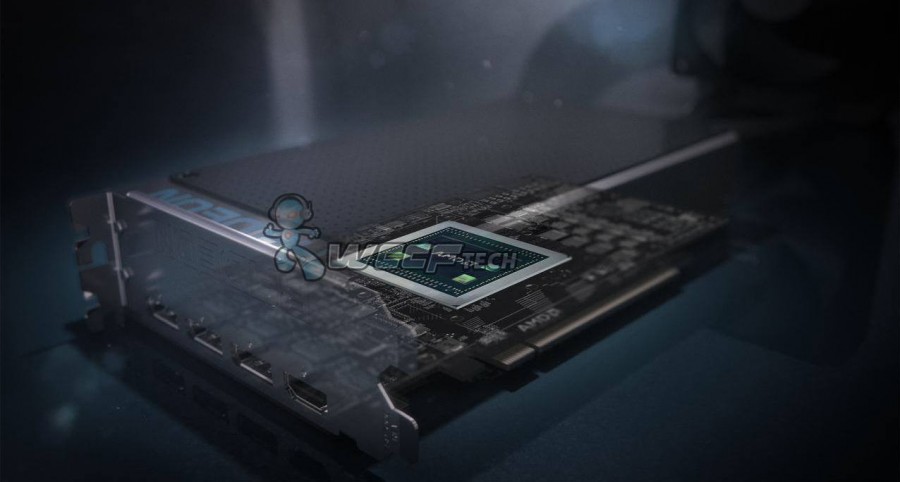 Guys over at WCCFTech are on the roll leaking new pictures of Fiji graphics processor.

The new renders confirm the following. The GPU shown today was indeed the same GPU that is used by Fury graphics card. You can clearly see 4 HBM stacks, just like we saw earlier today during official presentation.

There are no DVI ports. AMD is getting rid of these with its new flagship. There are 3 DisplayPorts and one HDMI output available. You can see there are no modules around the GPU, since the HBM modules are situated on interposer, so the PCB is much smaller than we used to see with such powerful graphics cards.

Here’s the second render showing where the radiator is connected. The size of the radiator is comparable to the card itself. Also we have better view on the bracket, where you can distinguish the ports on your own. 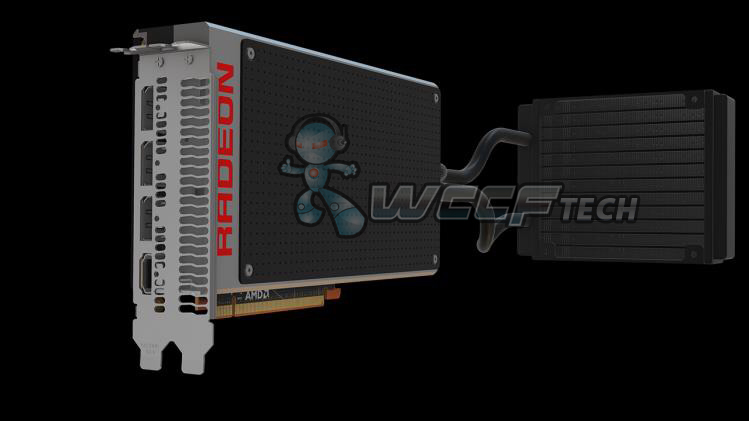 UPDATE: I made this comparison to show you how small this card really is.

Here you can see the power section in slightly better angle. It seems we are looking at 2+4 phase design, although there might be more power phases in blurred area (the left side of the render). You can also see that card is also powered by dual 8pin power connectors. 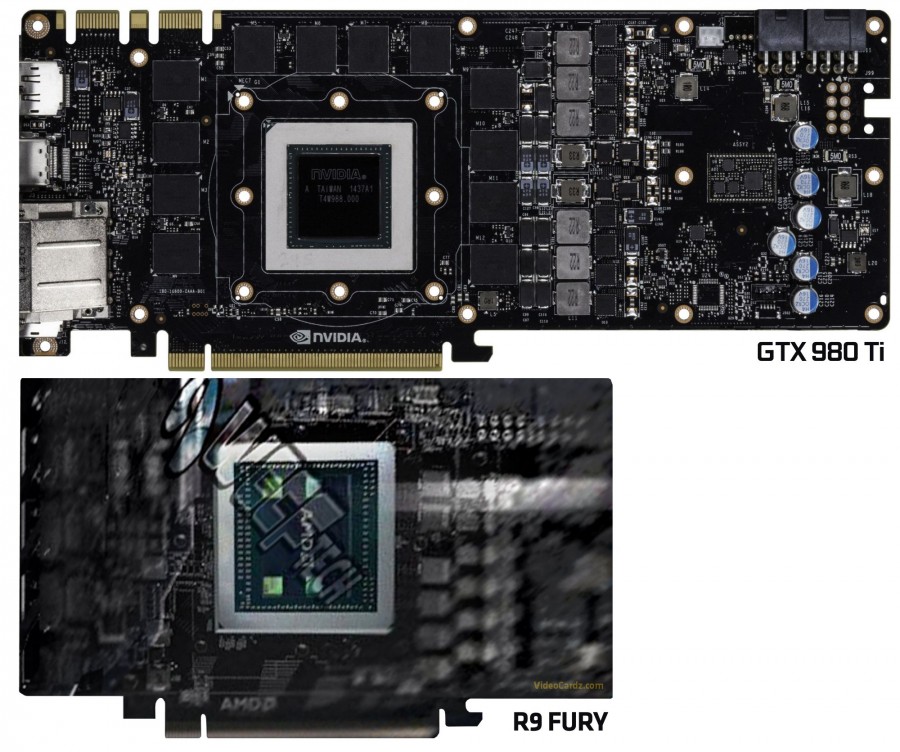