Here are some new cards that are being shown at Computex or close-by in Asian headquarters of Add in Board makers.

You might have heard about Tri Frozr cooler (used by R9 290X Lightning). MSI is allegedly working on Duo Frozr model to compensate for the missing GTX 980 Ti Lightning at Computex. Or maybe, this IS the Lightning? The packaging does not tell us anything, in fact it could very well be empty. MSI is quite good at showing plastic boxes instead of actual cards.

The Duo Frozr is likely dual-fan solution of unknown design. We are probably looking at yelllow-ish cooler similar to Tri Frozr. The card would be part of the OC series. Nothing else is officially confirmed. 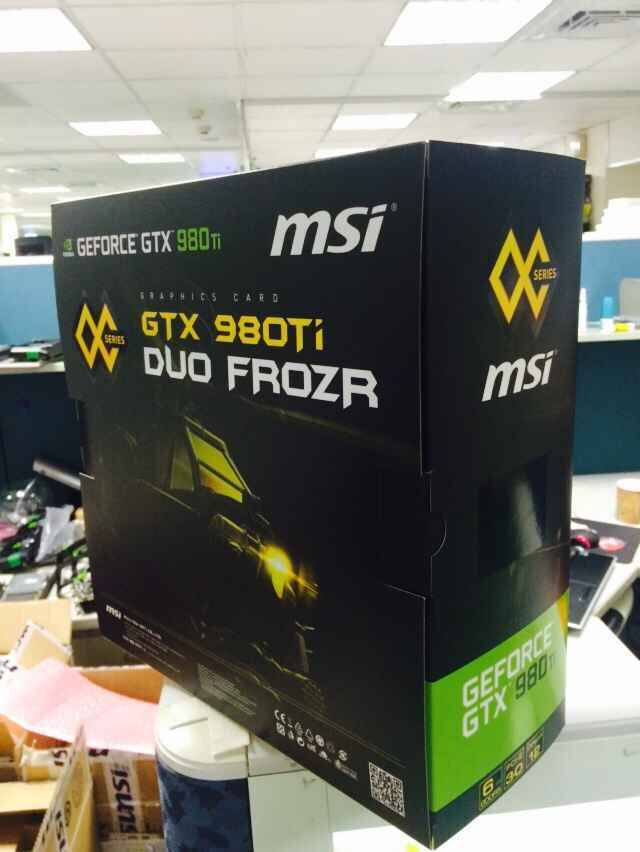 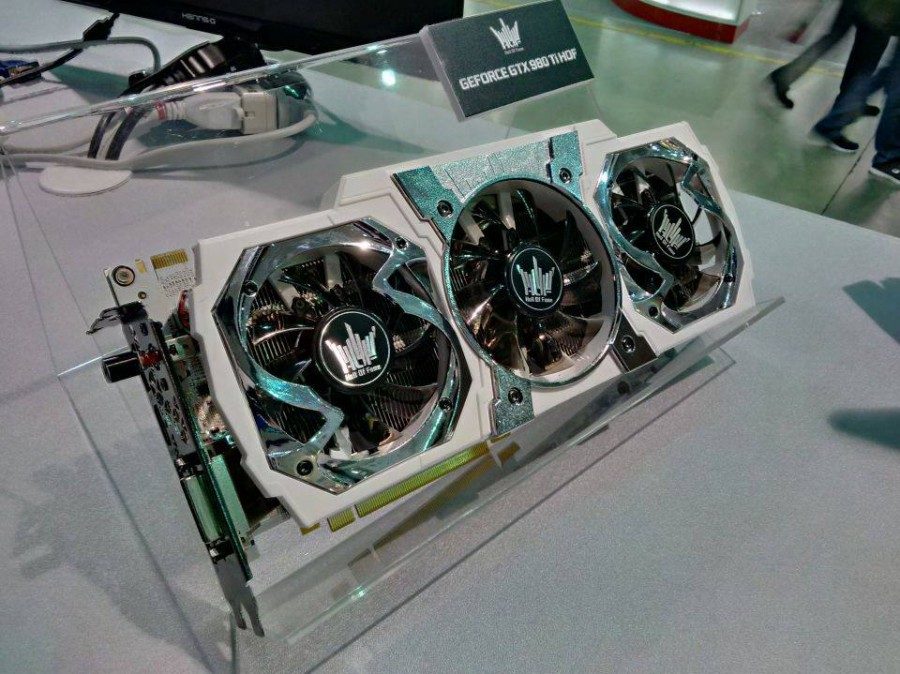 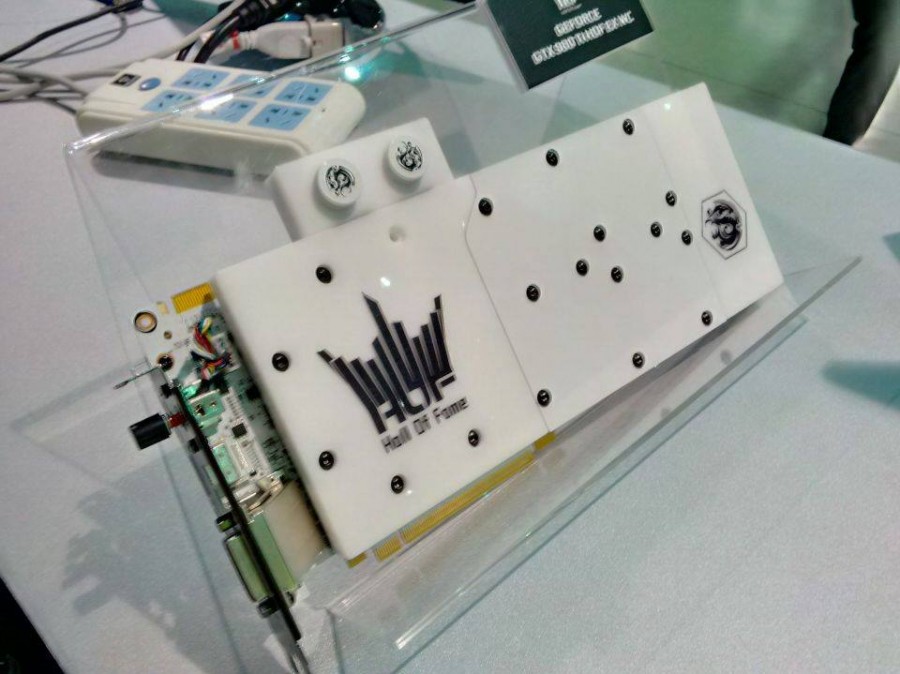 These two are new Hall-of-Fame graphics cards from GALAX. Both likely equipped with the same PCB, but not sharing the same cooling solution. The first one is is the new triple-fan design similar to already existing GTX 980 HOF series (and oh boy they have a lot of them). The other has custom water-block designed by Bitspower.

Gainward is not the most popular brand these days, although I still remember Gainward made one of the most expensive and most powerful cards back in the day. Despite all that, they still make interesting cards, but I wouldn’t risk saying nice-looking, well definitely unique.

The new card you see below is the latest addition to Gainward’s  GeForce 900 series. The codename is directly translated into ‘Guan’.
I have no idea if this is the correct word, but I don’t think this is important. The GTX 980 Ti Guan is custom triple-fan and triple-slot card. Surprisingly, it has reference PCB. 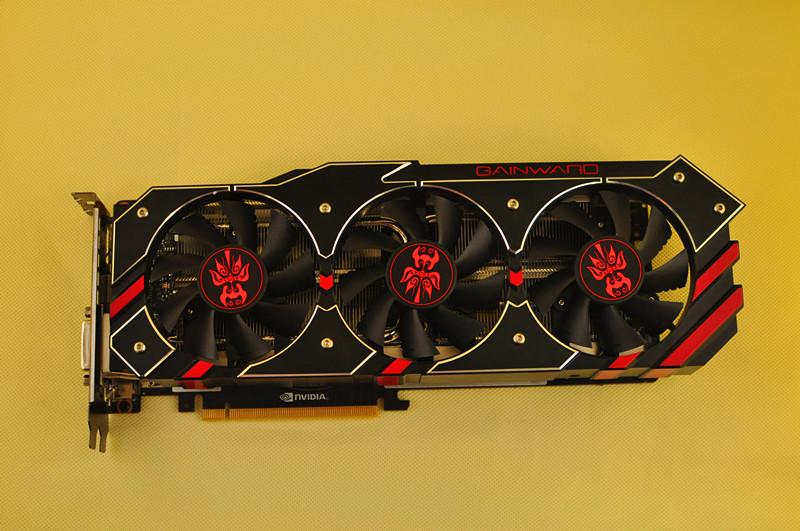 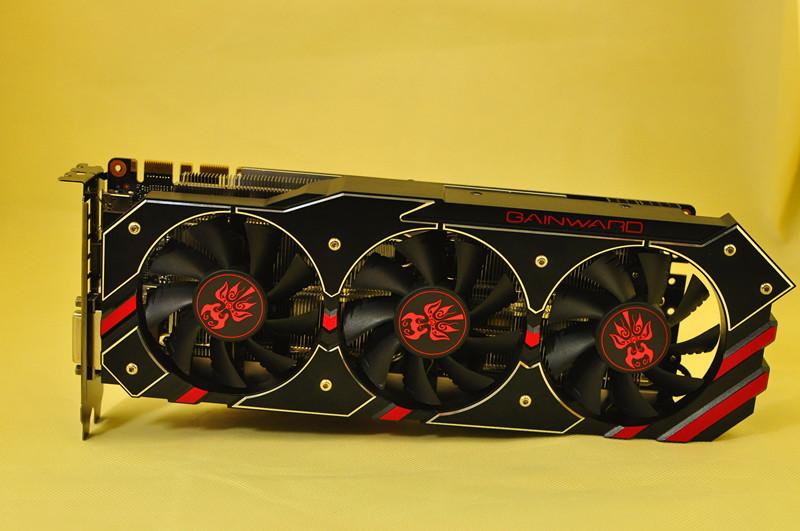 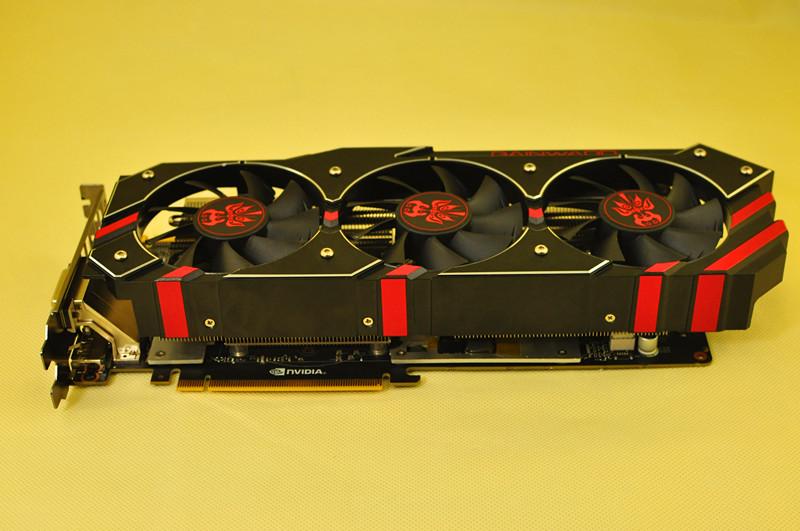 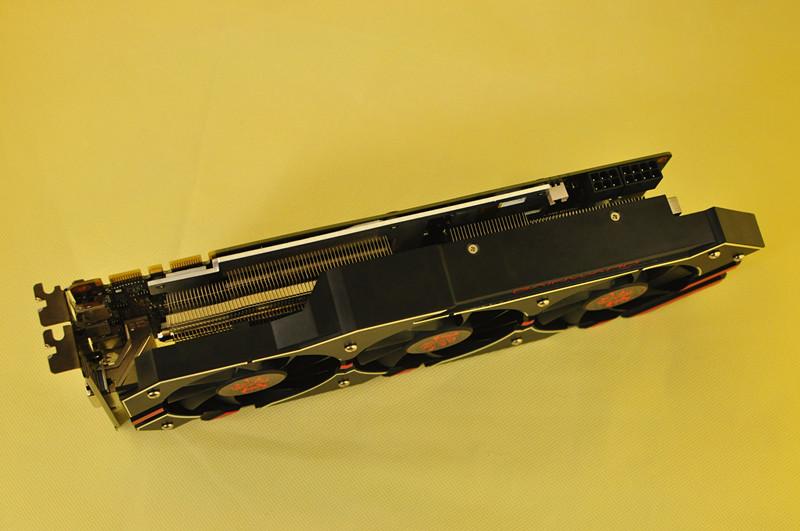 Colorful already has custom-made GTX 980 Ti ready. Unlike Gainward’s offering, this is fully custom model. It even has dual 8pin power connectors. It’s unclear what is hidden behind this massive triple-fan cooler, but I’m pretty sure this card will do better than any TITAN-X at stock. Colorful does not understand what cost-saving manufacturing means, so they are even including a custom designed backplate. Of course it wouldn’t be part of iGame series without the CUDA boosting button. 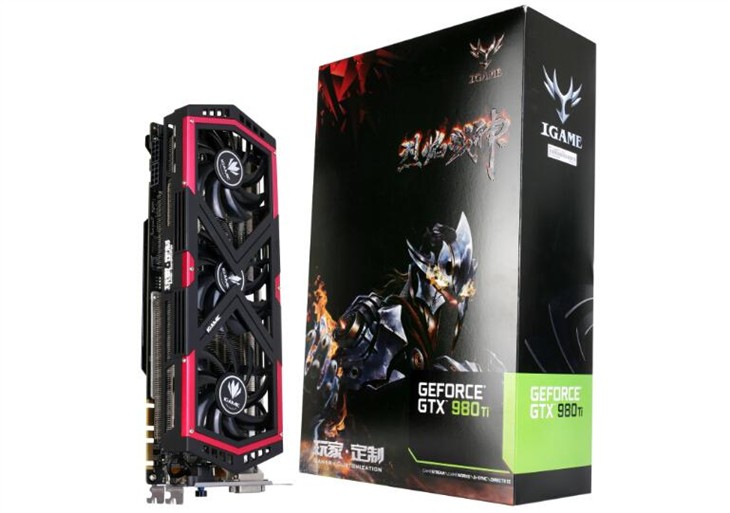 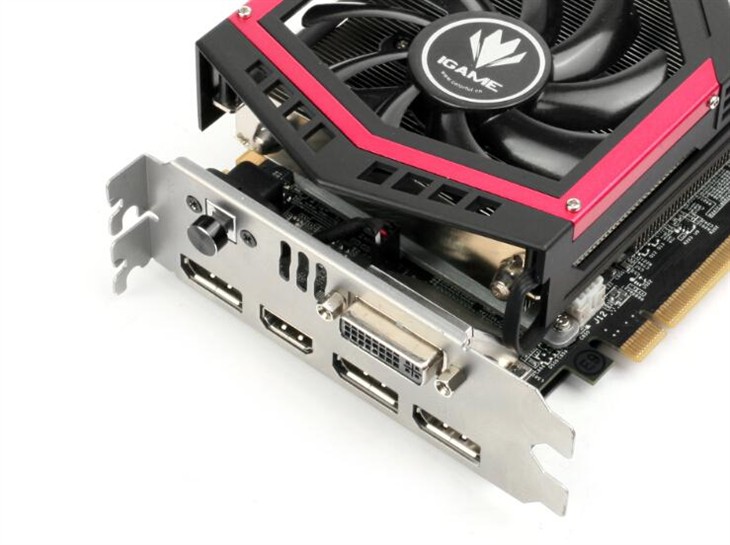 Additionally, Colorful is also showing the KUDAN version of its fully custom GTX 980 Ti. The KUDAN model comes with slightly different cooler shroud (which is detachable and available in different variants). Colorful made a presentation where they shown few slides with the PCB, which made wonder if this is the actual Kingpin competition or something even better..

Last but not least, there’s also iGame watercooled edition with custom-made block for those who are after every frame in benchmarks. 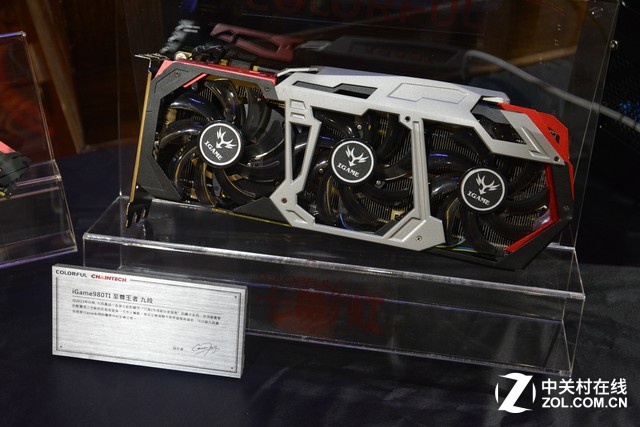 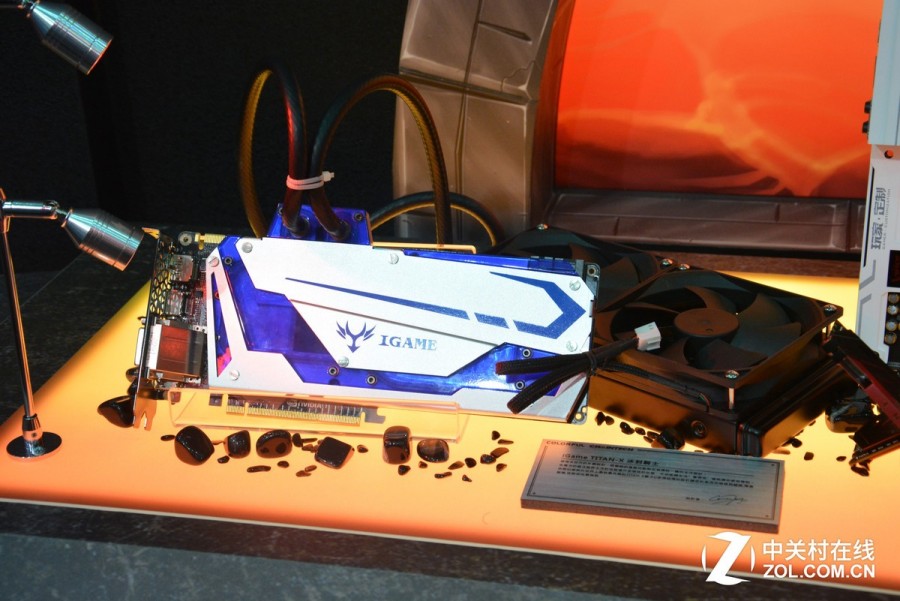 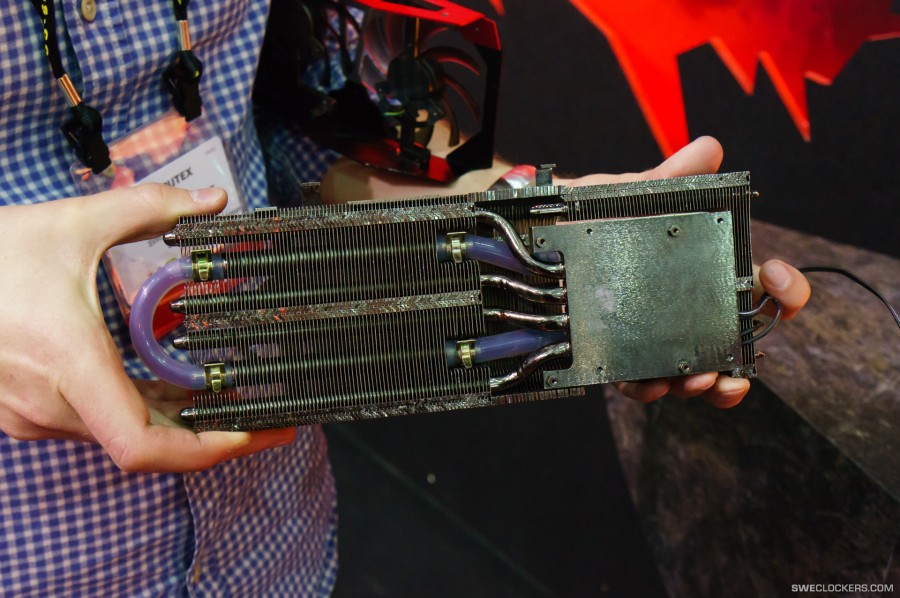 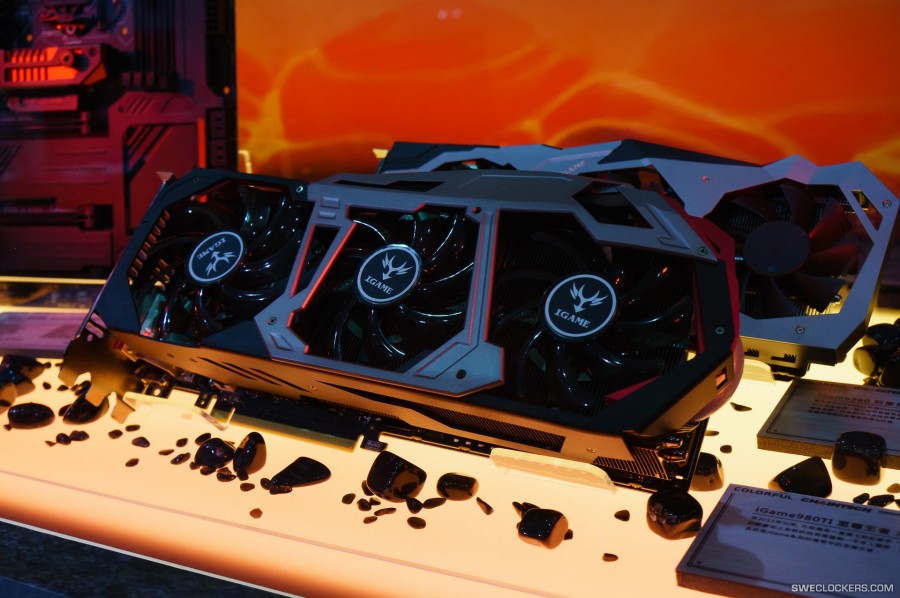 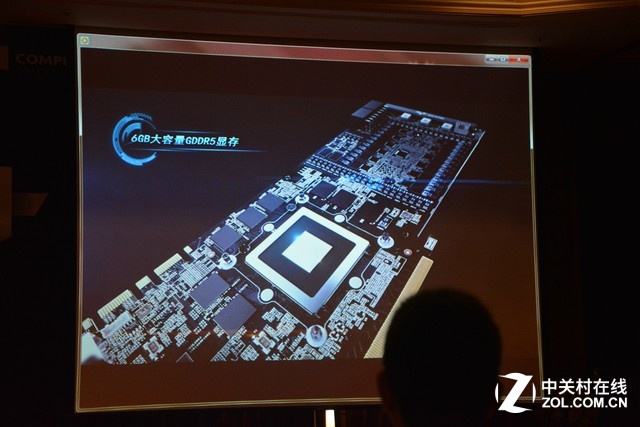 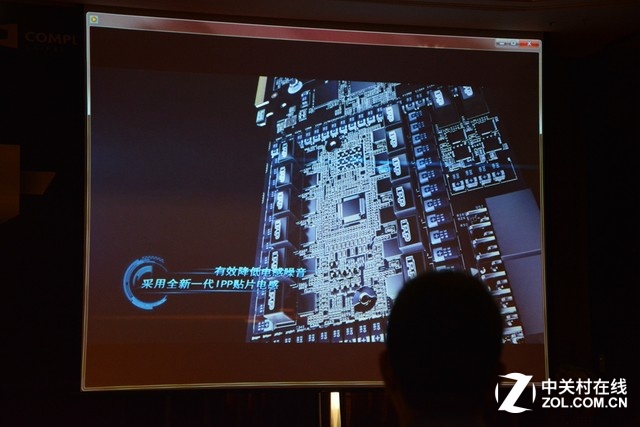 The most powerful GTX 980 Ti finally smiles for camera. Card is equipped with ridiculous 3 power connectors, 5 copper heat pipes, two massive fans, custom made backplate and of course the KingPin logo. The legend says that once those fans start spinning, there is no way of stopping them. There is a good chance this card costs more than my whole PC. 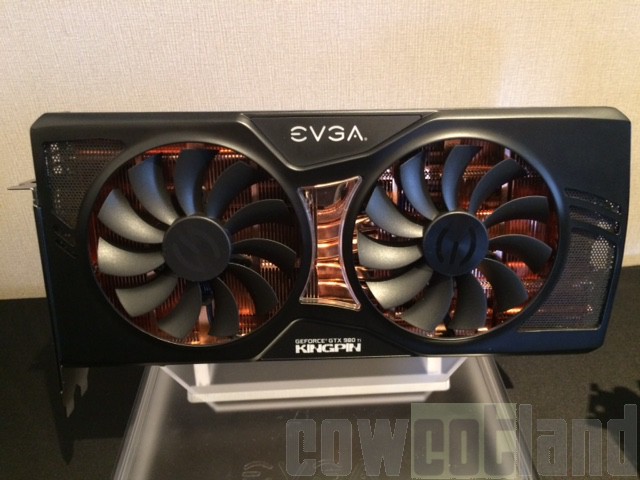 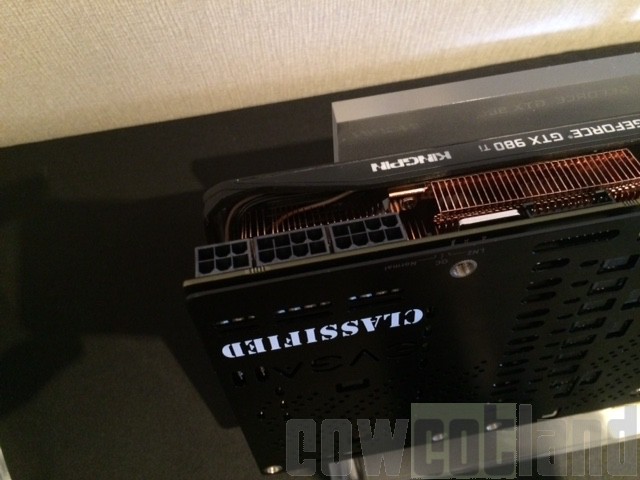 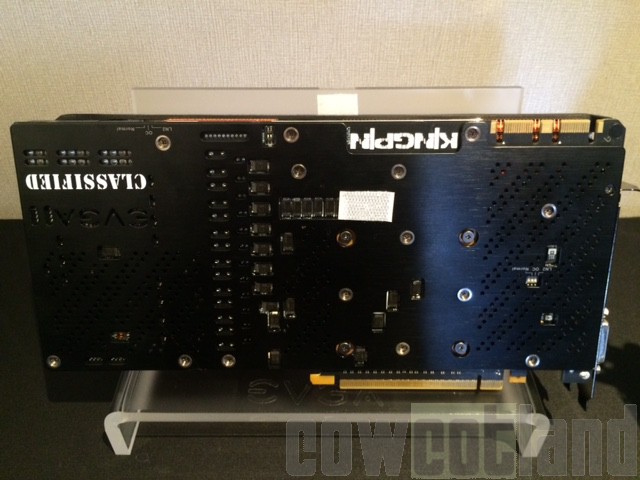