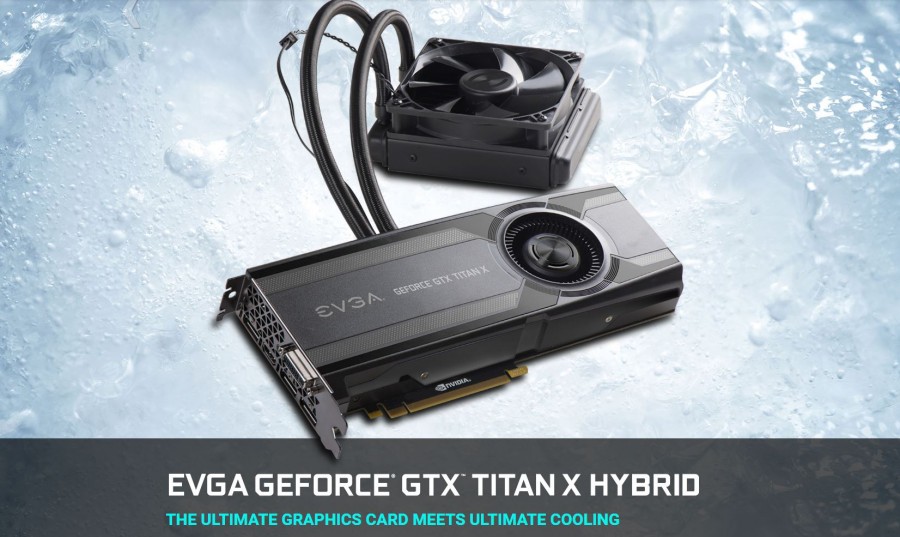 Introducing the EVGA GeForce GTX TITAN X HYBRID, an “all in one” water cooling solution that significantly lowers the GPU operating temperature. Best of all? The water cooler is completely self-contained, with an included 120mm radiator and fan. No filling, no custom tubing, no maintenance. Just plug in and play! The EVGA GeForce GTX TITAN X HYBRID is available as a complete unit, or upgrade kit.

The NVIDIA GeForce GTX TITAN X GPU combines the technologies and performance of the new NVIDIA Maxwell architecture in the fastest and most advanced graphics card on the planet. This incredible GPU delivers unrivaled graphics, acoustic, thermal and power-efficient performance. The most demanding enthusiast can now experience extreme resolutions up to 4K-and beyond. 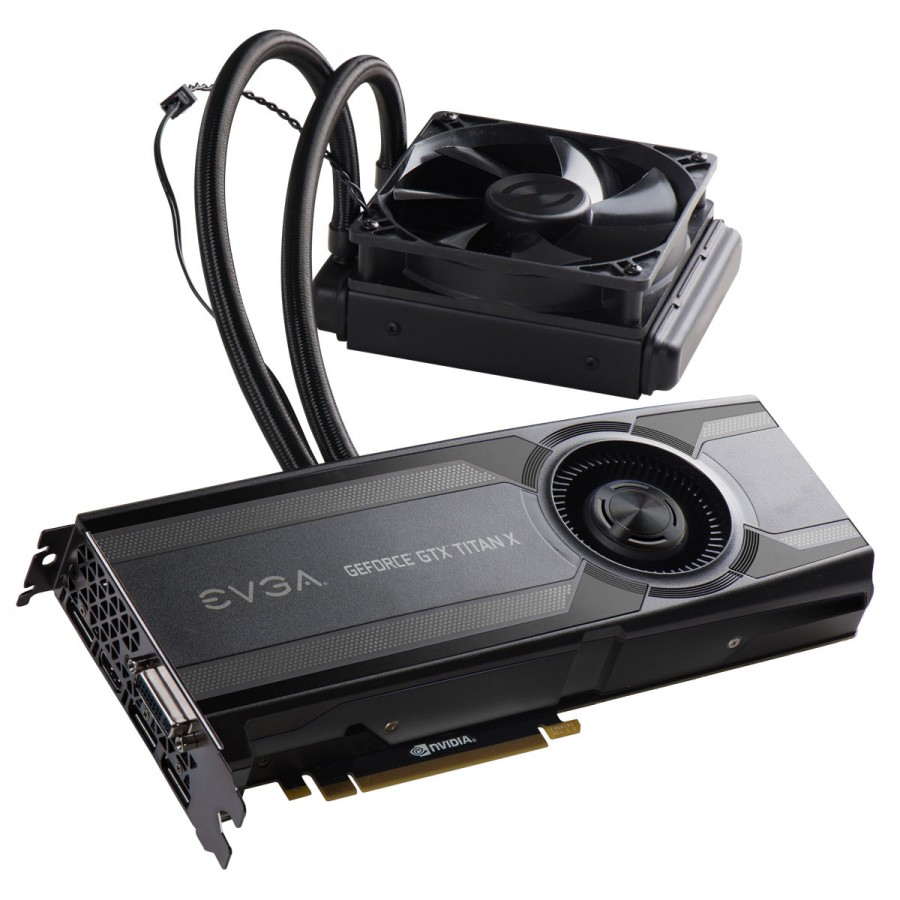 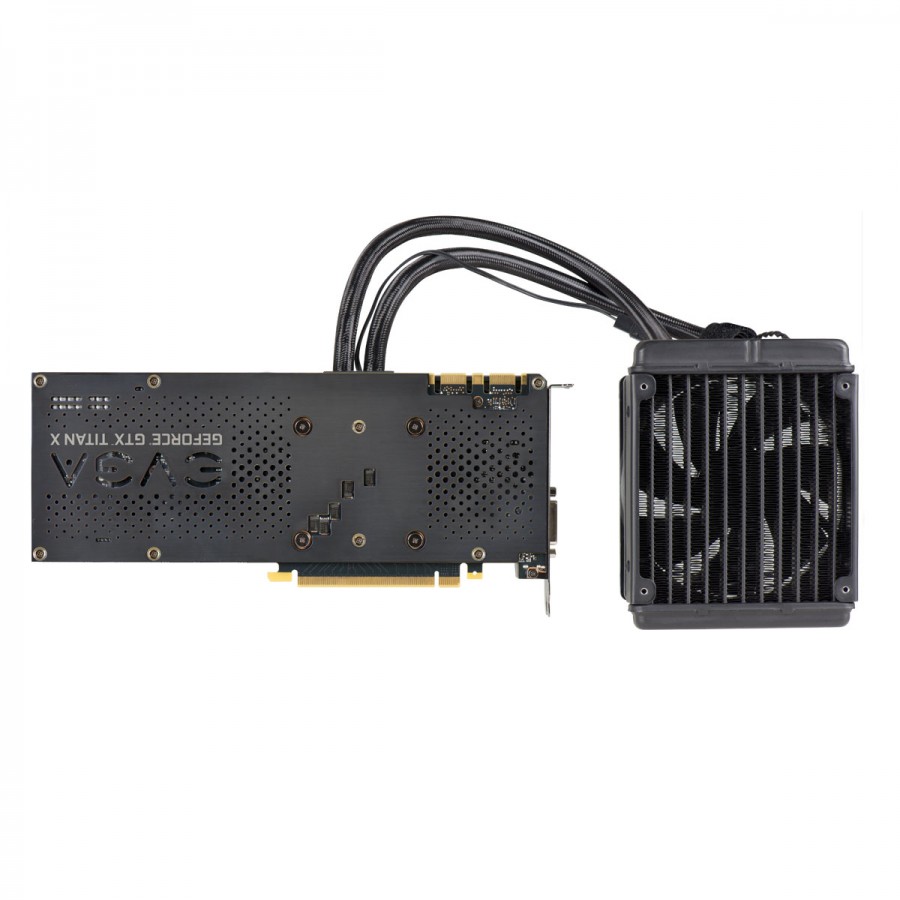