However, GALAX decided to add two more cards to the stack:

GALAX HOF Duck Edition currently holds the second place in official Fire Strike competition with the score of 10580 points. Unfortunately, it is yet unclear what is the factory clock speed, but Duck-OC (the same guy who helped to design this card) overclocked it to 2123 MHz.

Just remember, it’s GTX 980 we are talking about, the first place is taken by TITAN X… Imagine what these cards could do with custom boards.

The GALAX GTX 980 HOF Duck features the similar design to other HOF cards. It’s a triple-fan solution with custom made white PCB.

Here are some pictures of this card: 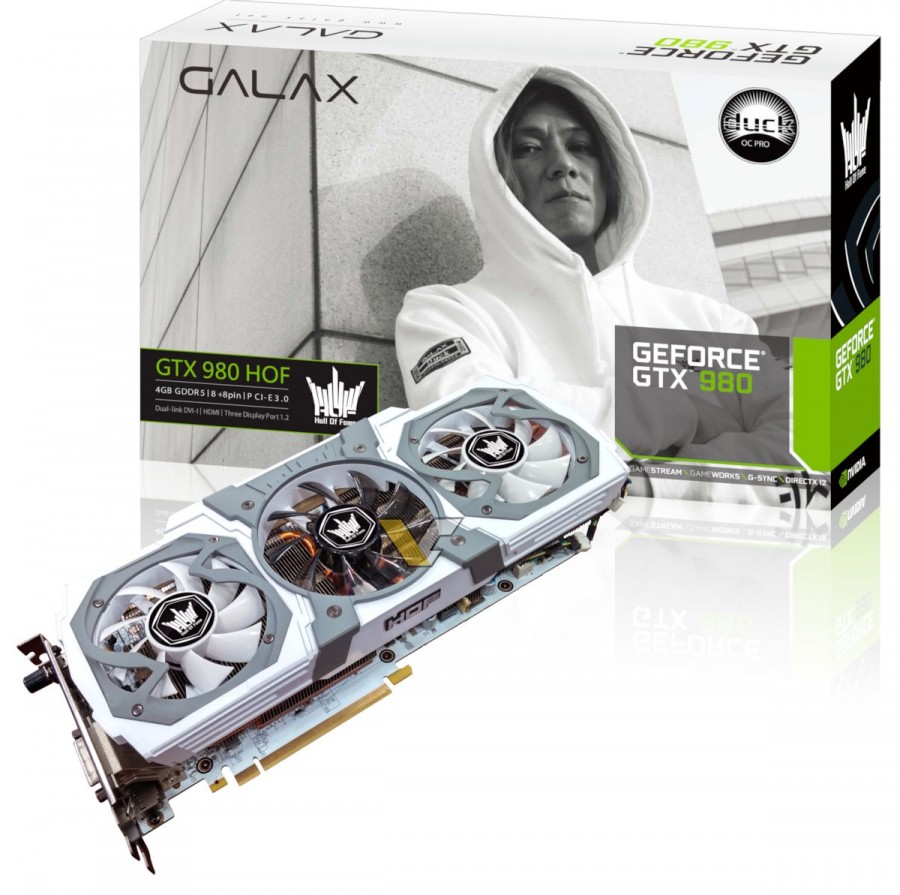 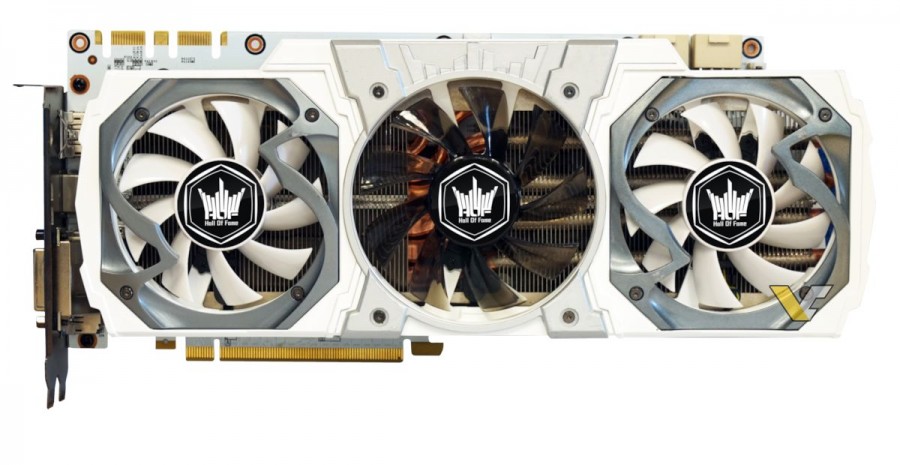 The TecLab edition was developed with these guys. GALAX 980 TecLab is slightly beefier than other HOF cards. It’s 2.5-slot solution with new color scheme. It also has the backplate and the OC button. TecLab Edition will likely become the fastest GTX 980 in GALAX lineup. 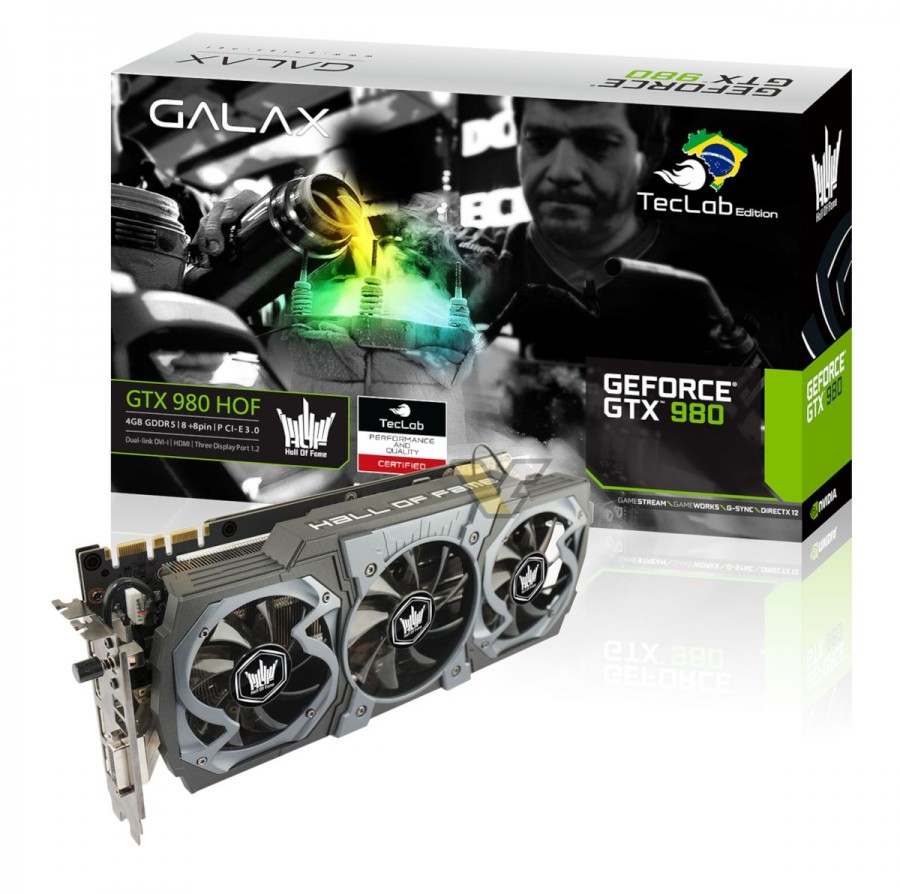 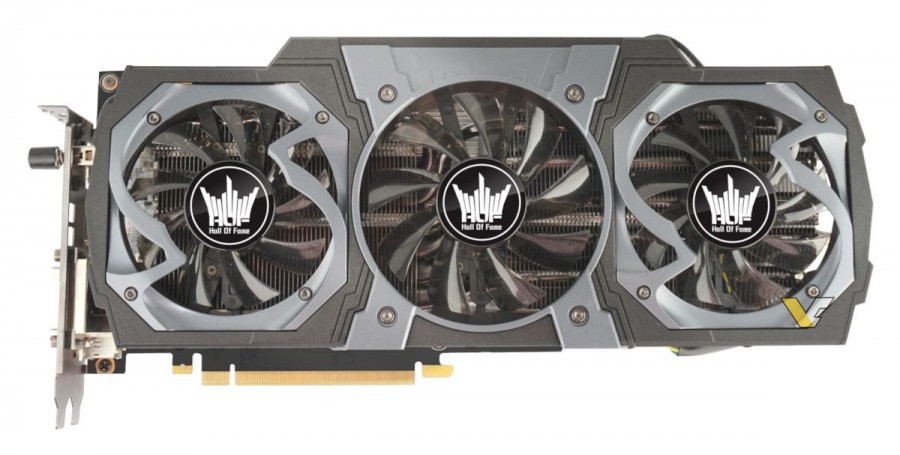