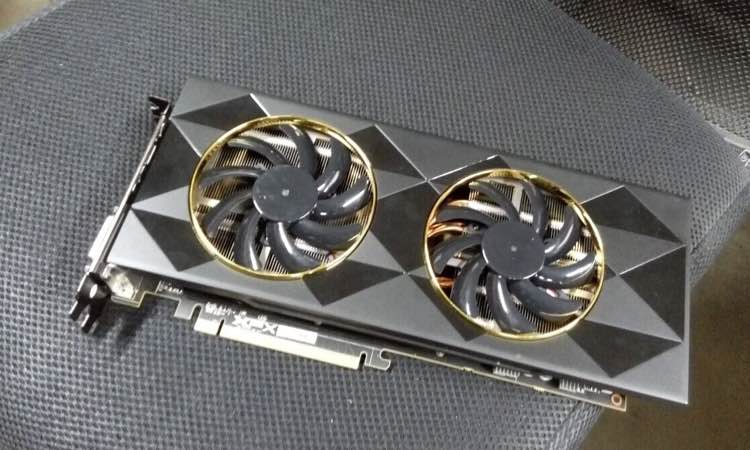 Guys over at WCCFTech found the first pictures of Radeon R9 300 series card, allegedly based on Fiji processor.

There are no specifications provided by the leaker. Our knowledge only comes from the pictures. In fact, even the leaker asks if what we see is R9 380 or R9 390. EDIT: I would like to express my opinion here, from what I can see the PCB is almost identical to R9 290 series. We can’t see memory modules because this card could have a base plate (which is used to cover the memory section). So we either can’t see memory because of the base plate, or there are no memory modules there, indicating Fiji-based model. In other words, this could very much be R9 380 not R9 390.

The Radeon R9 300 card from XFX will require two power connectors (6+8pin). It doesn’t have CrossFire connector like Hawaii-based R9 290 series, so it supports XDMA CrossFire. The bracket is not shown, so we can’t see the details.

XFX R9 300 series will introduce new cooling design with diamond shaped texture. The fans are positioned on top of two large fin arrays, so it’s not like this new card requires that much of a cooling. 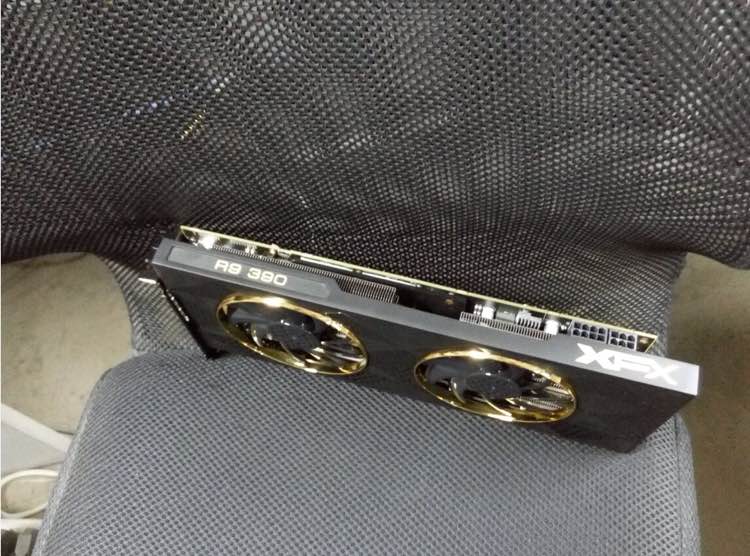