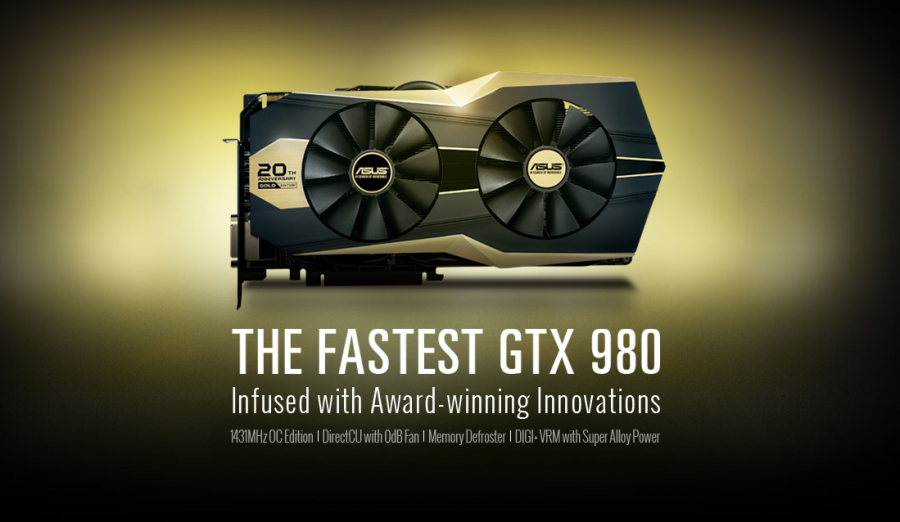 ASUS has just came up with the best looking card this year. The special 20th anniversary of the first graphics card made by the company will be celebrated with a special card, covered in black and gold paint.

On the side the Republic of Gamers logo (like on ROG MATRIX 980) illuminated by LEDs, was replaced with 20th Anniversary logo, but that’s not what will make your rig special, it’s the backplate covered in gold paint and the black I/O bracket.

There is one tiny change from ROG MATRIX 980. The first fan is not made in CoolTech technology, probably to make it look better. The card however, has adopted the 0db technology from STRIX series.

ASUS has not revealed when will this card be available, and how much will it cost. Hopefully they will keep this design for GTX 980 Ti.. 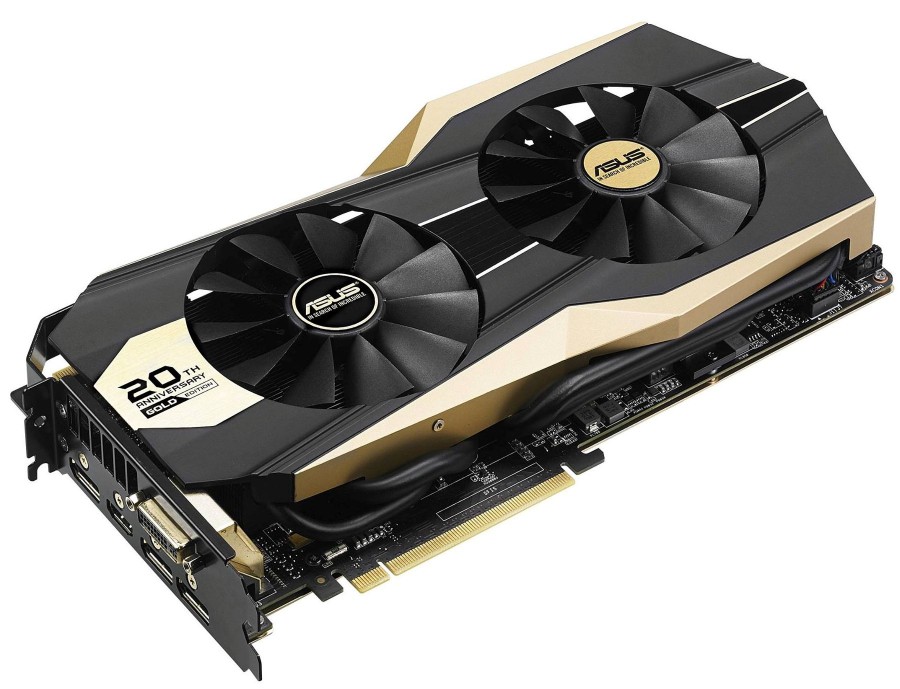 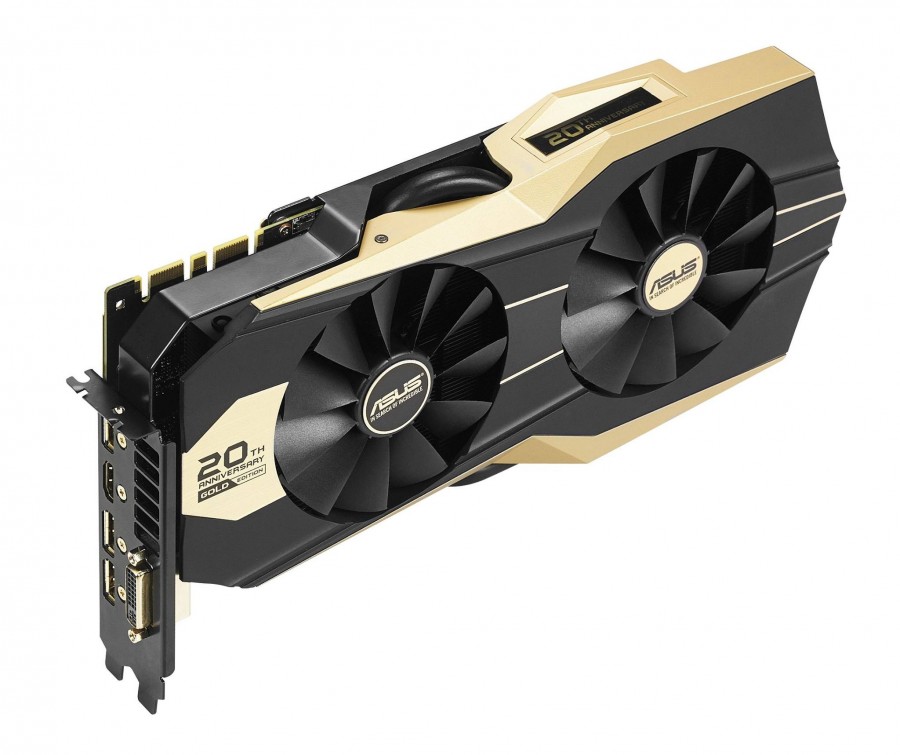 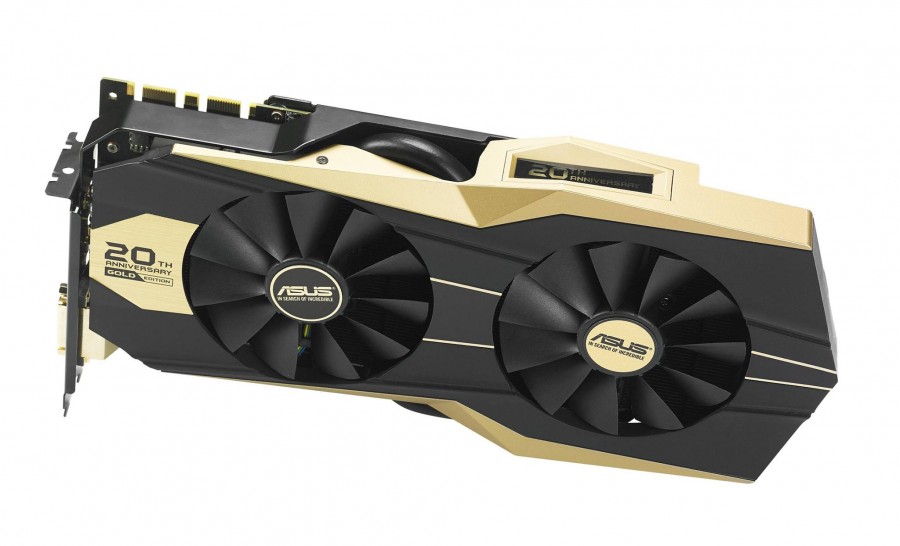 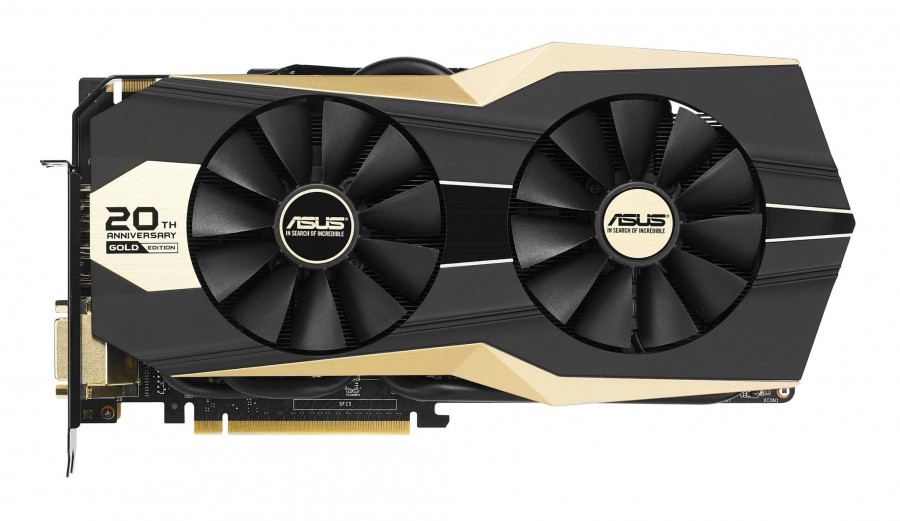 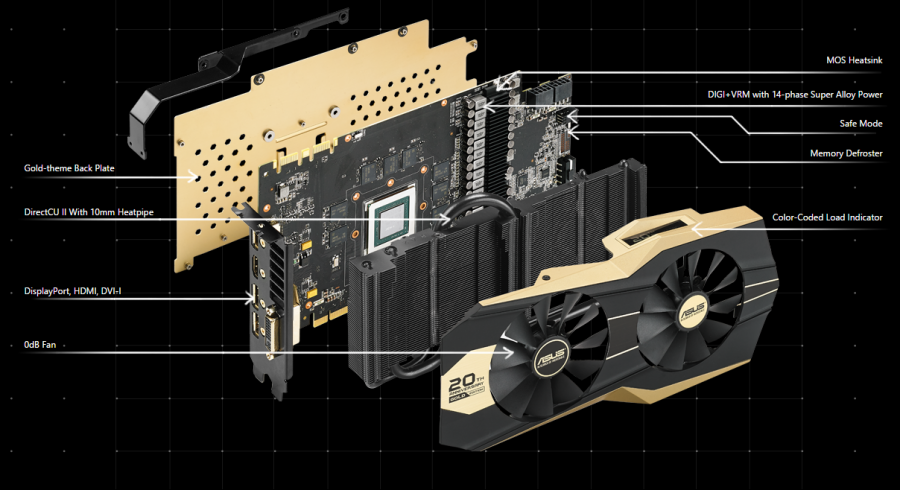 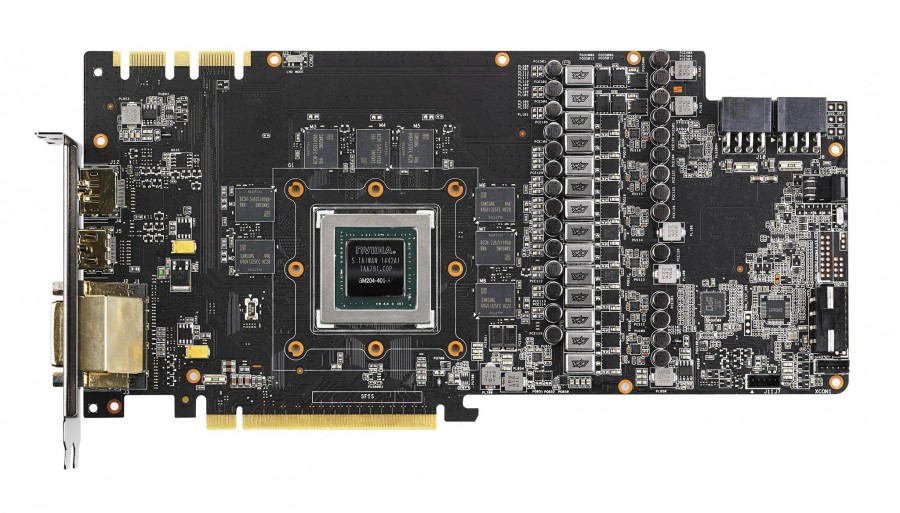 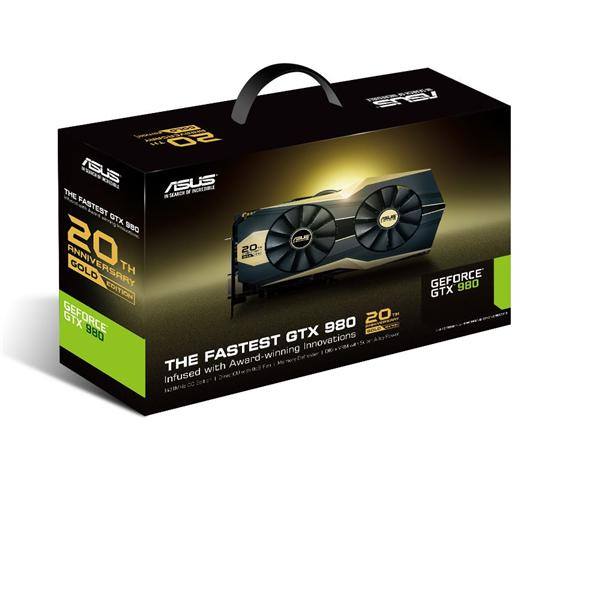 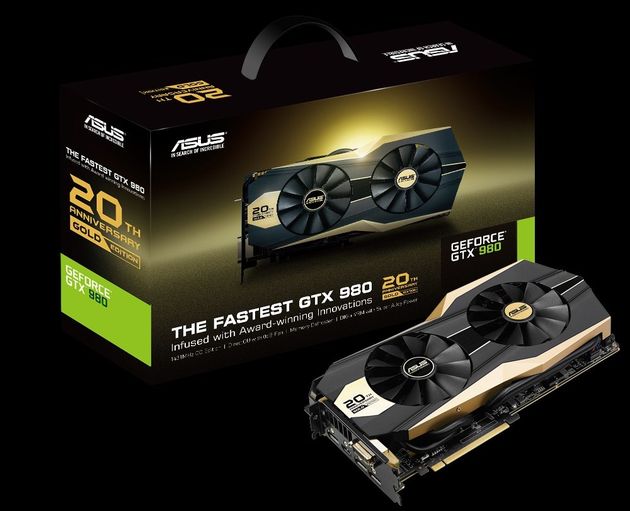