ASUS is teasing new graphics card based on Maxwell GM204. Actually it’s been a while since I last saw a teaser of new enthusiast card from ASUS…

Republic of Gamers facebook account is the right place to look for this teaser. ASUS ROG team is asking, how fast will the core clock be?

ASUS has six GTX 980 in the offer, here are all non-reference models (base/boost MHz):

It really doesn’t take a genius to figure out the design of the card. The new model will be based on ROG Matrix Platinum. According to the image we are looking at the Gold Edition, so the red stripes will likely be painted with some gold. It terms of clocks.. I have no idea. Most 980s can easily reach 1.4 – 1.45 GHz on air, so let’s hope ASUS won’t disappoint us here.

Also, 20th anniversary of what? 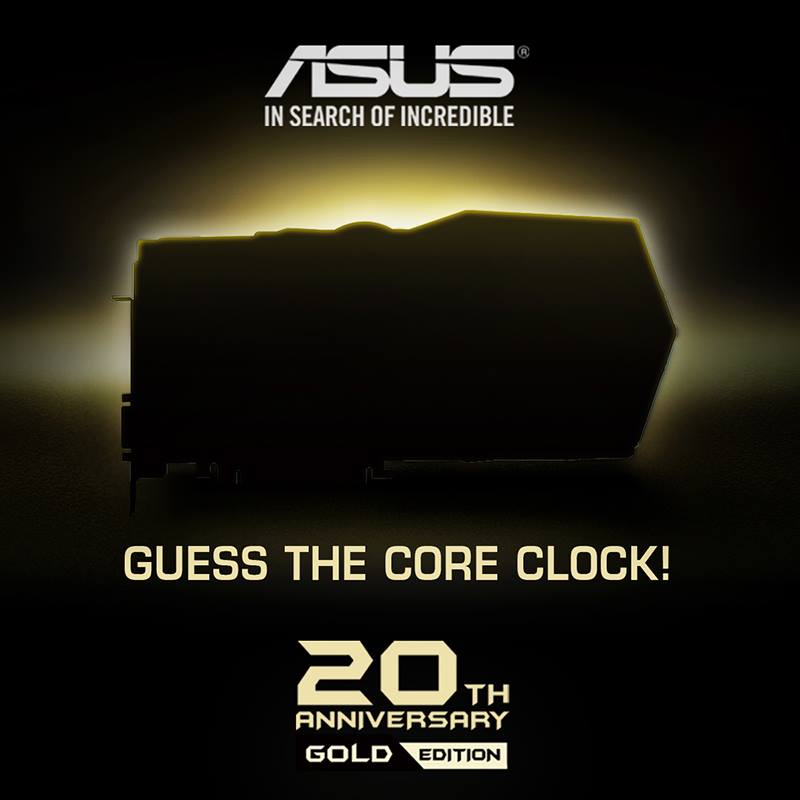 It was a boring day, so I came up with my interpretation.. Should it be called VC Edition? 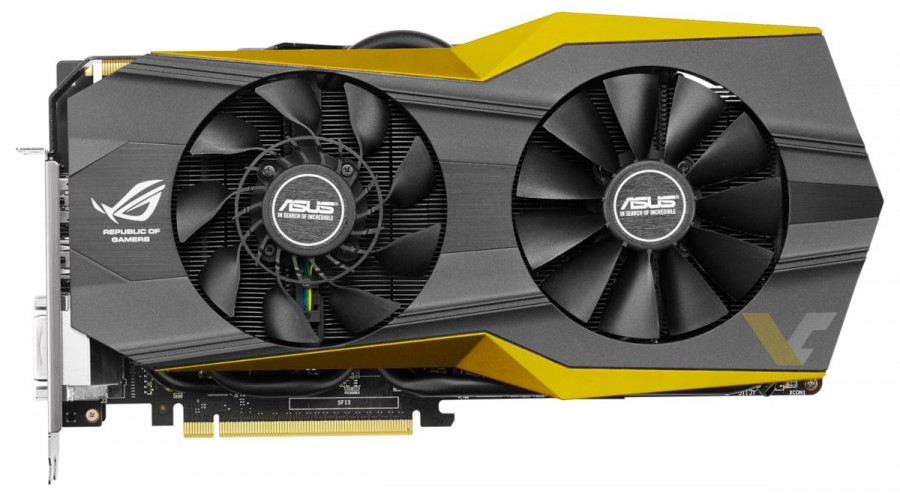