Base is made of electrolytic copper (bare- or nickel-plated, depending on the variant) while the top is made of either acrylic- or POM Acetal material. Plexi variants also features two pre-drilled slots for 3mm LED diodes. Screw-in brass standoffs are pre-installed and allow for safe, painless installation procedure.

Additionaly the EK-FC Titan X has been engineered to perfectly align with EK-FC980 GTX and older EK-FC780 GTX Ti, thus allowing for trouble-free swap out and upgrade without any changes to the cooling loop. 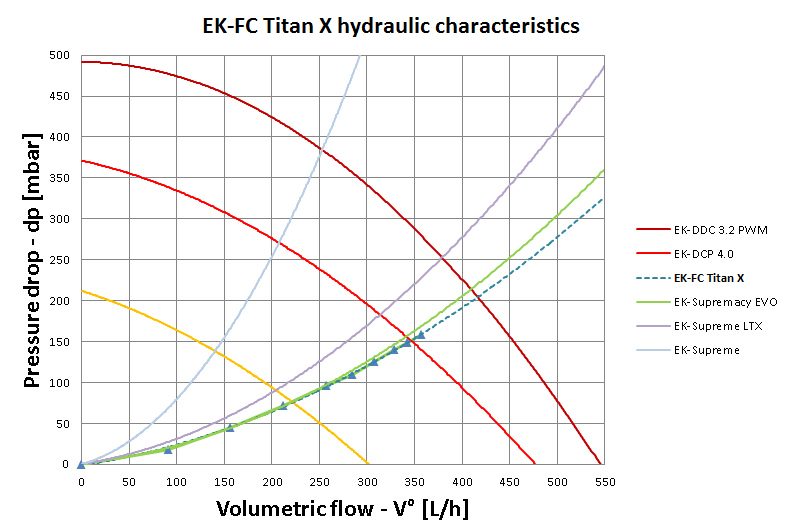 These water blocks are made in Slovenia, Europe and are readily available for purchase through EK Webshop and Partner Reseller Network. An aesthetic retention backplate, which also cools the backside (memory IC and VRM) of the circuit board, is also available for separate purchase and comes in five different finish variants. 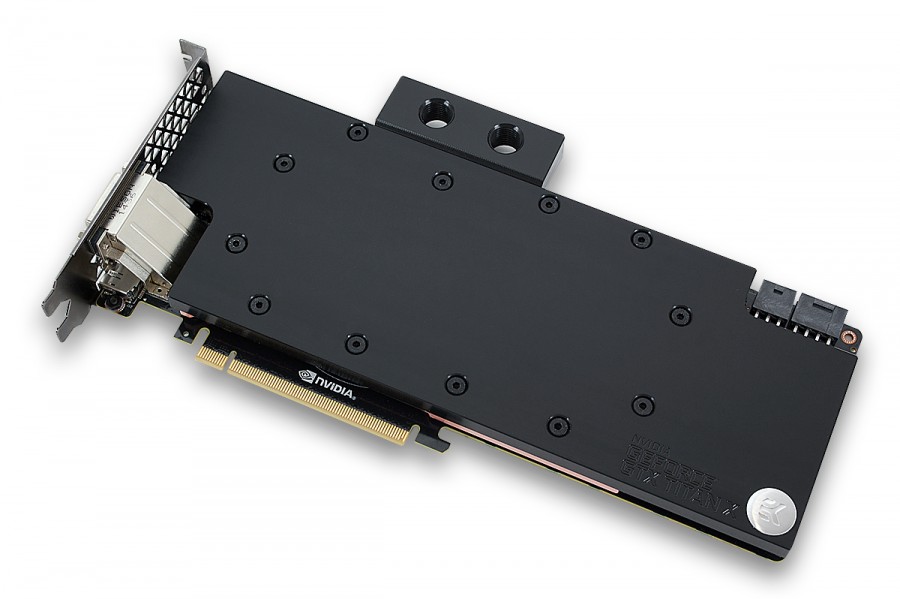 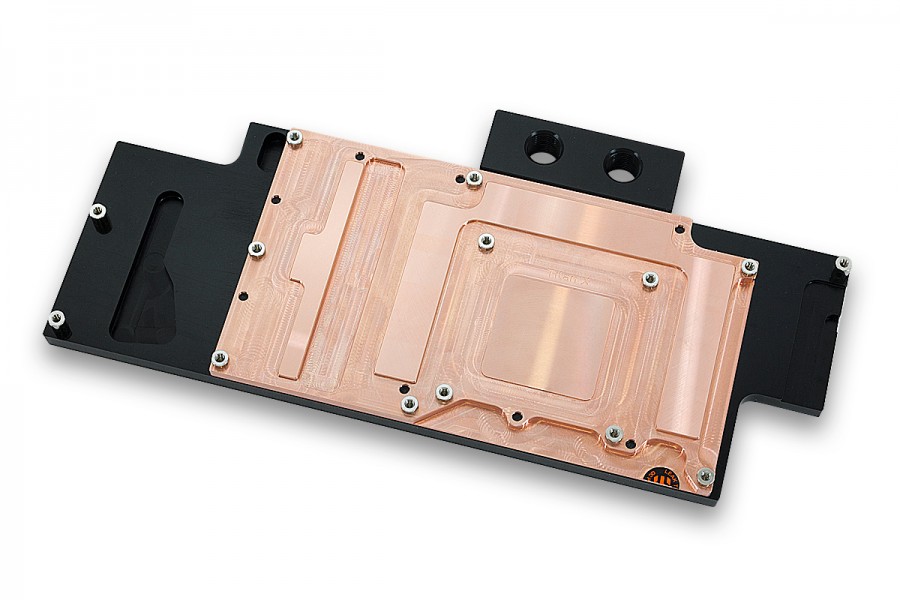 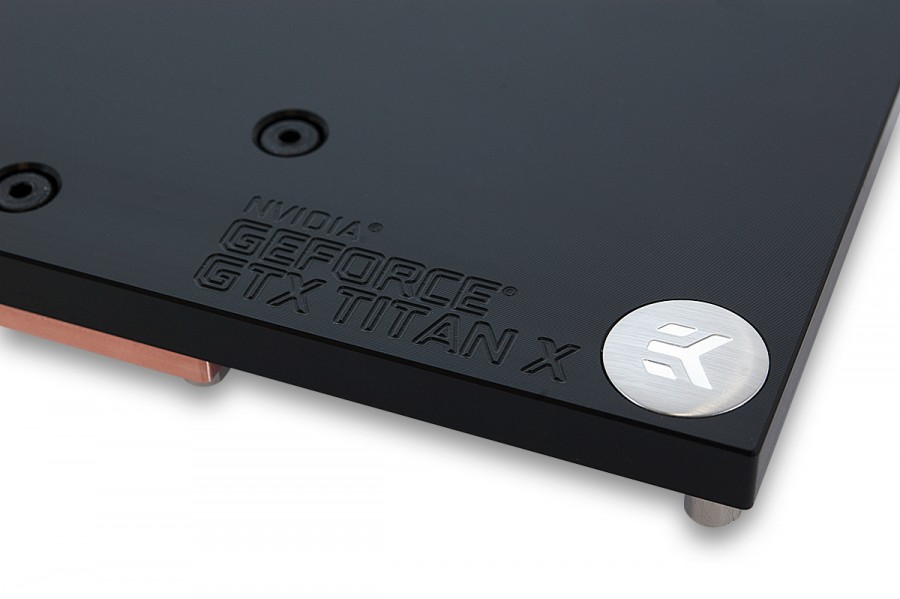 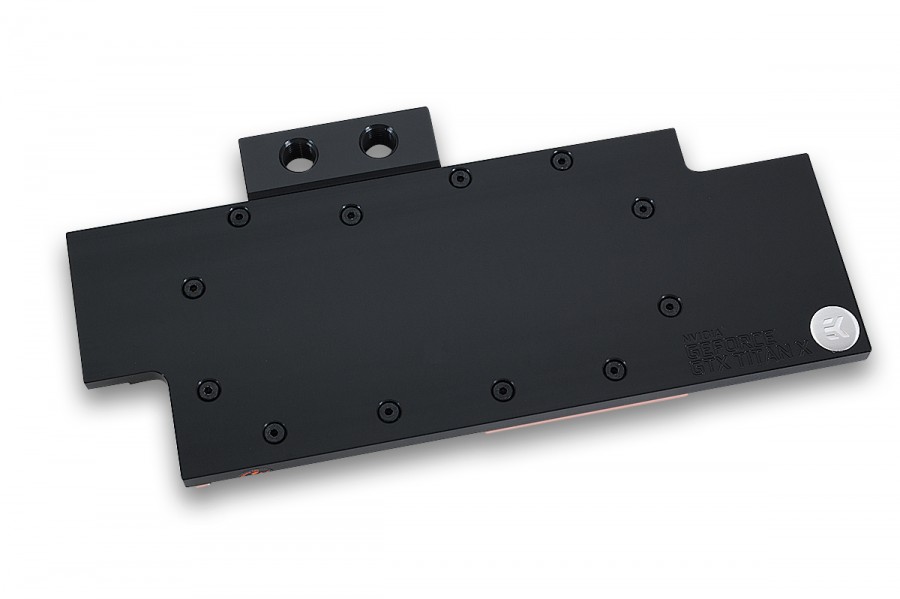 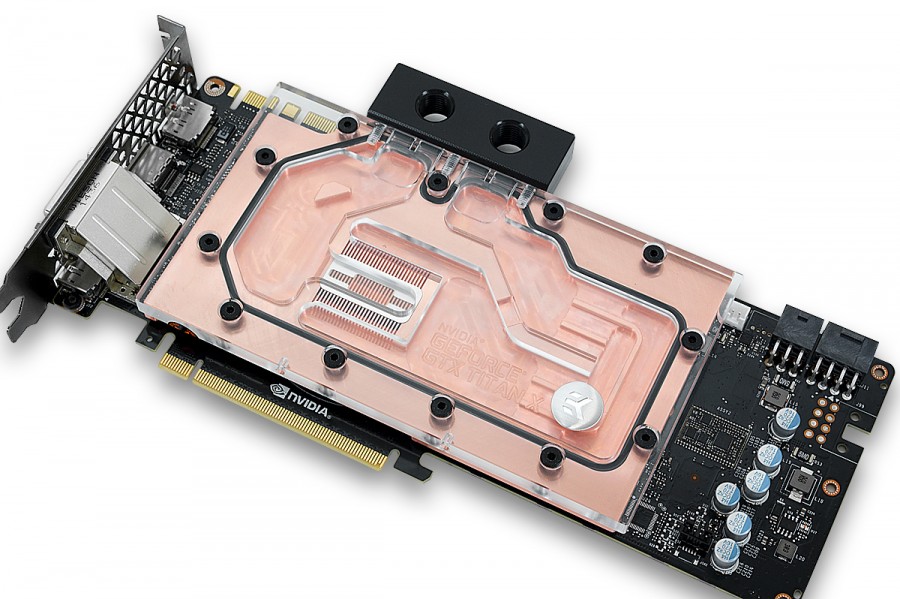 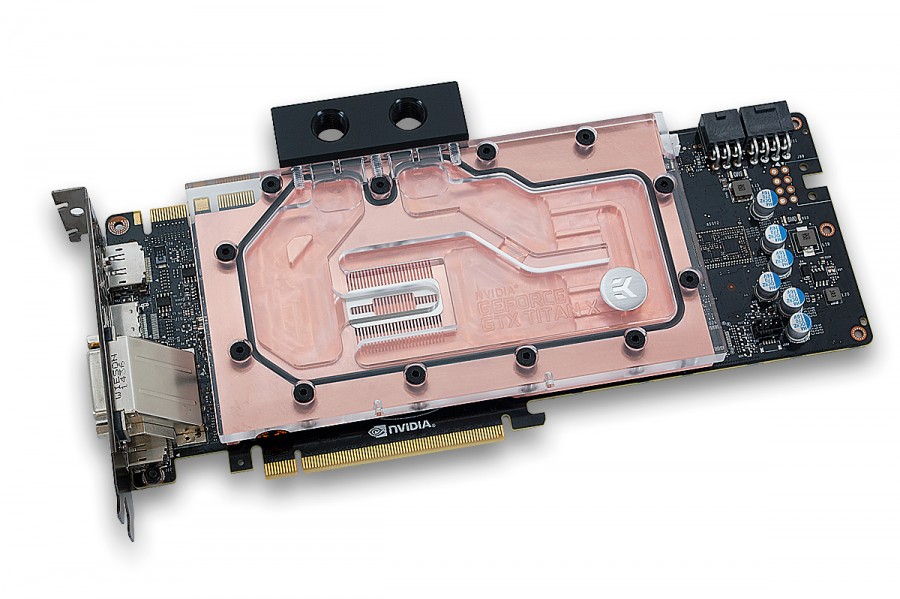 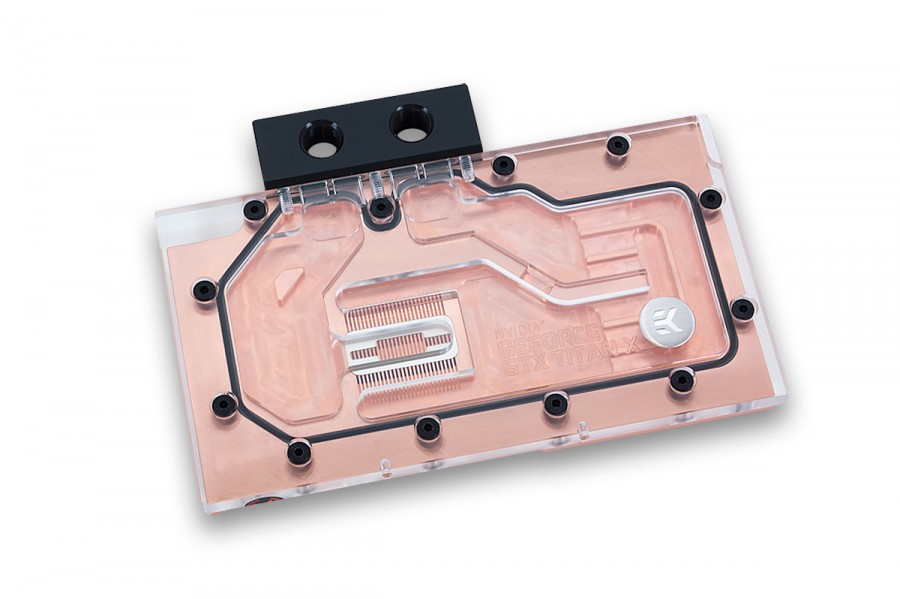 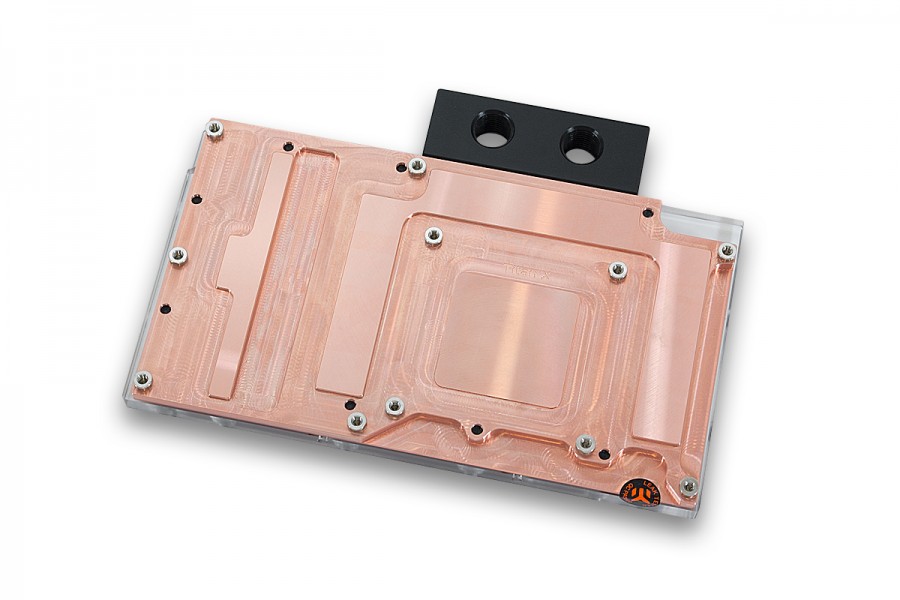 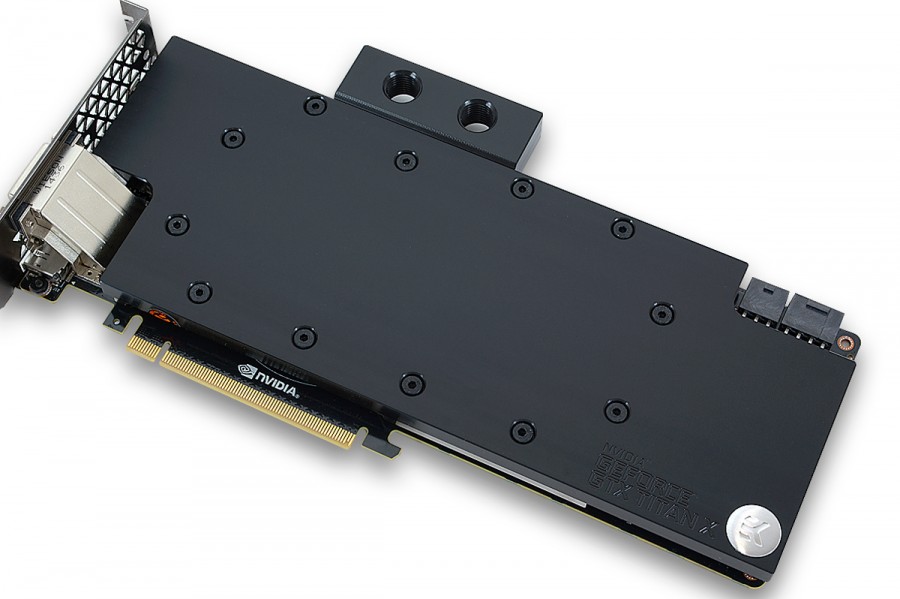 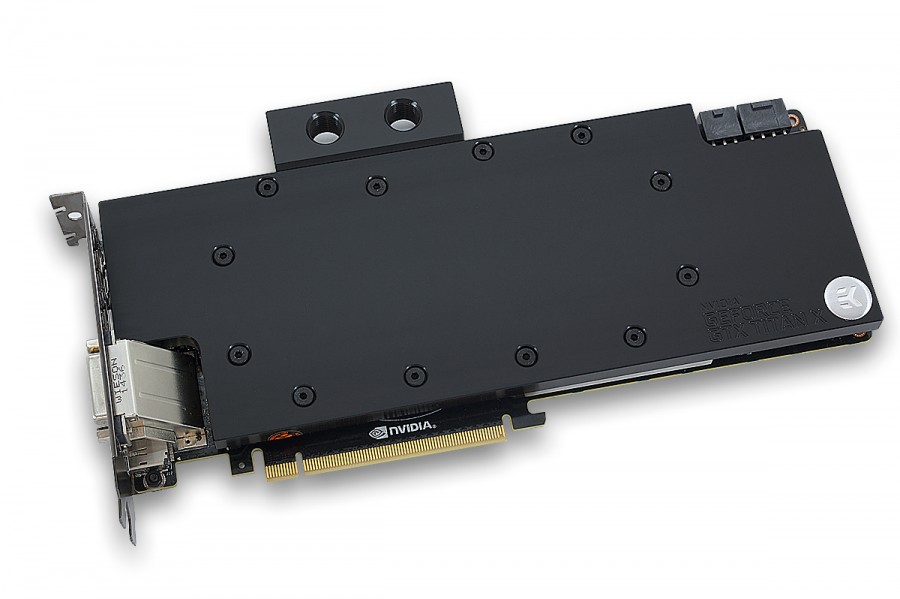 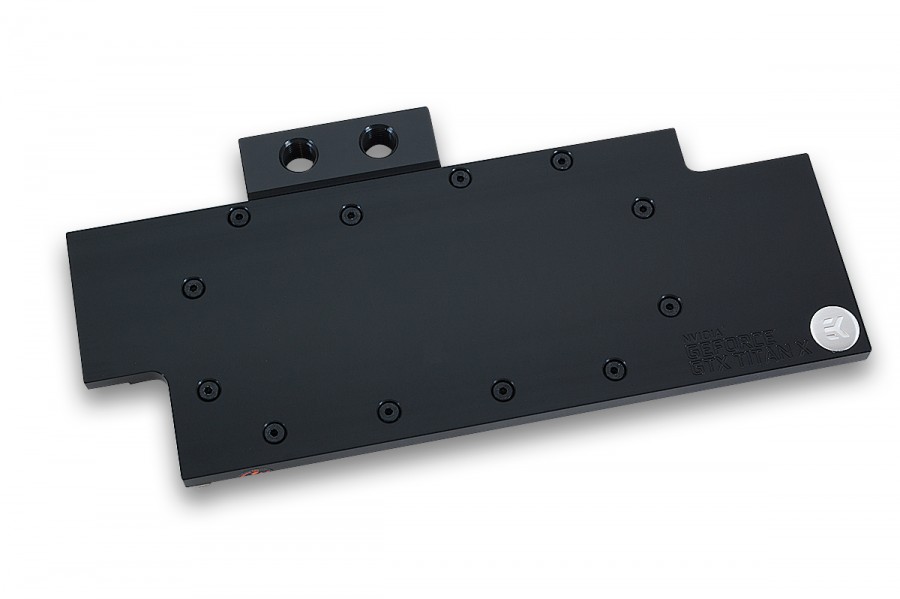 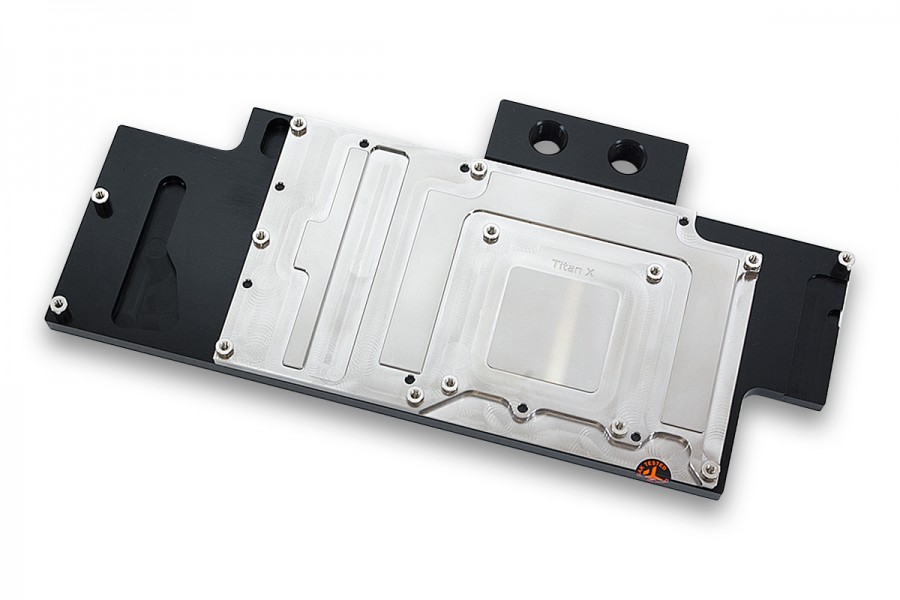 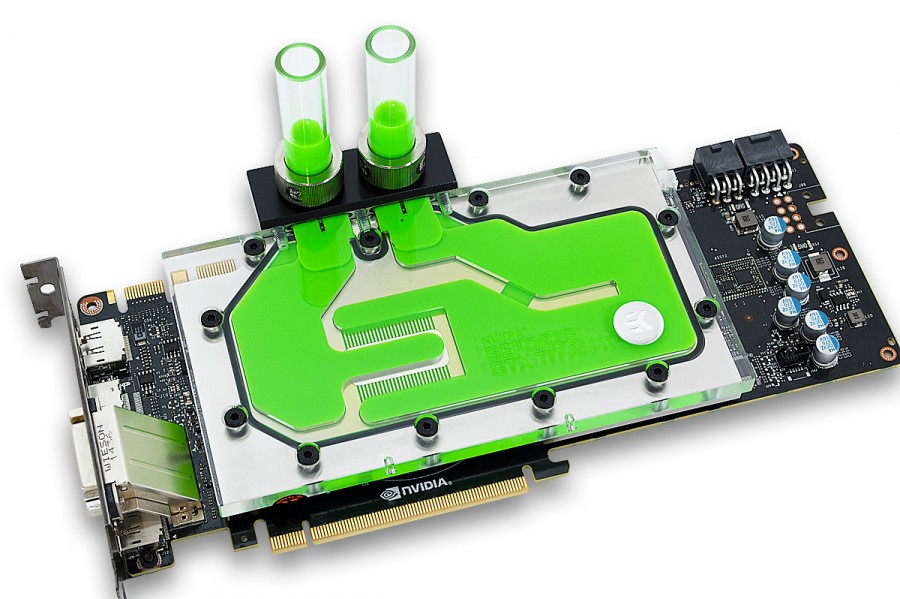 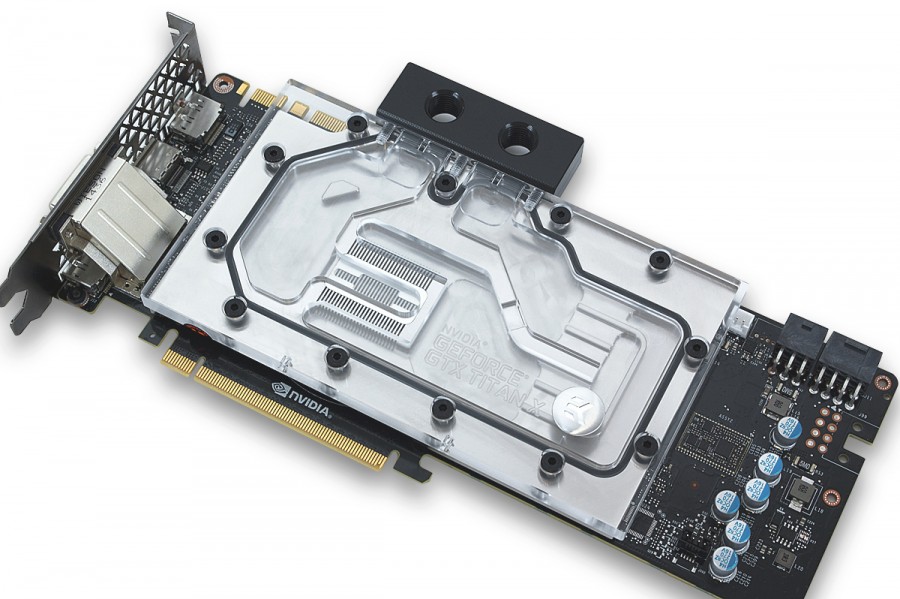 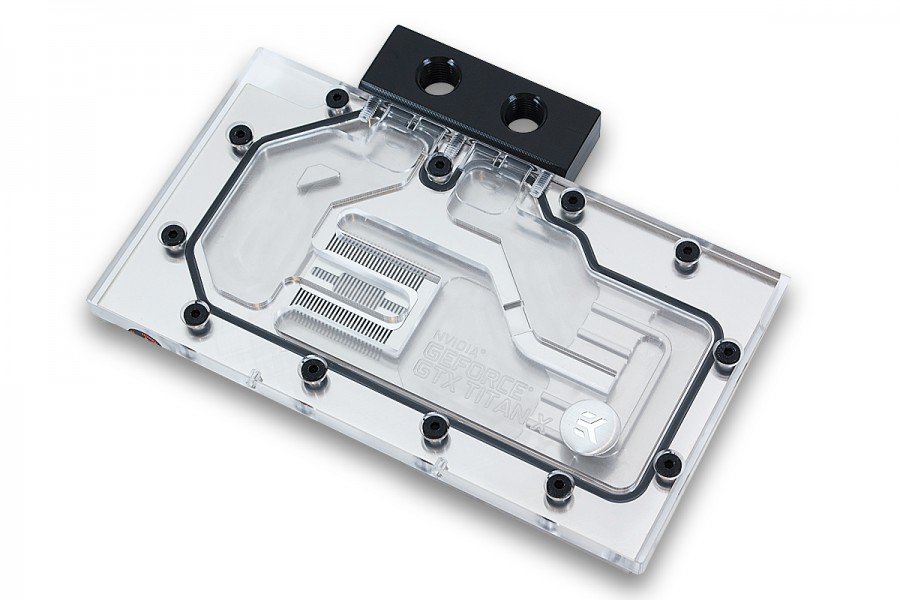 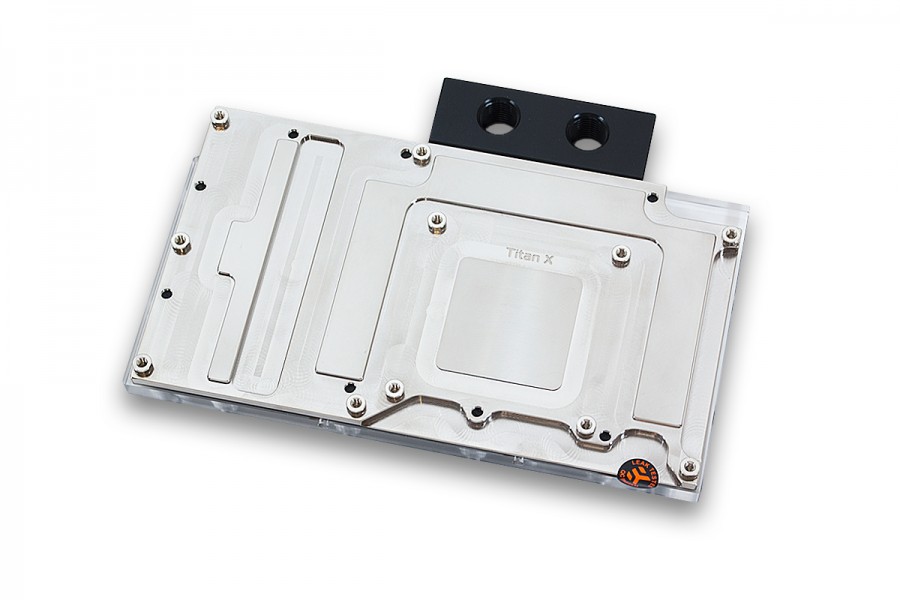