We asked the leaker from previous post if he could share more information about the new Radeon flagship graphics card.
To our surprise, he delivered.

Just bear in mind, we were unable to confirm the authenticity of this leak. In fact, I’m still skeptical about 4096 cores, how large would this GPU be? Anyway let’s see what we’ve got here.

Like we said two days ago the presentation would take place today. It’s a briefing for AIB partners, not for the public.

There are many references to previous leaks. For instance, the memory clock is 1250 MHz, which confirms the Sisoft database entry. Also one slide is titled “King of the hill”, referring to the leak from January, where it’s supposedly the codename for the new flagship (but for some reason it was called R9 380X back then).

AMD Radeon R9 390X is said to arrive with Fiji GPU with 4096 cores and HBM memory. Earlier plans were to release Radeon R9 390X with 4GB HBM (1GB per stack), but TITAN-X launch made those plans obsolete. Currently AMD is planning to launch R9 390X with 8GB HBM, but 2GB per stack (through Dual-Link). We were told it was a very hard decision to make. AMD has not released anything for gamers since Radeon R9 285, while NVIDIA has released both mobile and desktop GeForce 900 series, and tomorrow they will add TITAN X to the family of ridiculously-priced models.

Fiji has no competition when it comes to computing performance. The 8.6 TFLOPS performance is something that even TITAN X  will be unable to reach. Scroll down to the bottom to see gaming performance.

We are sorry for the watermarks, but some sites started to remove them… 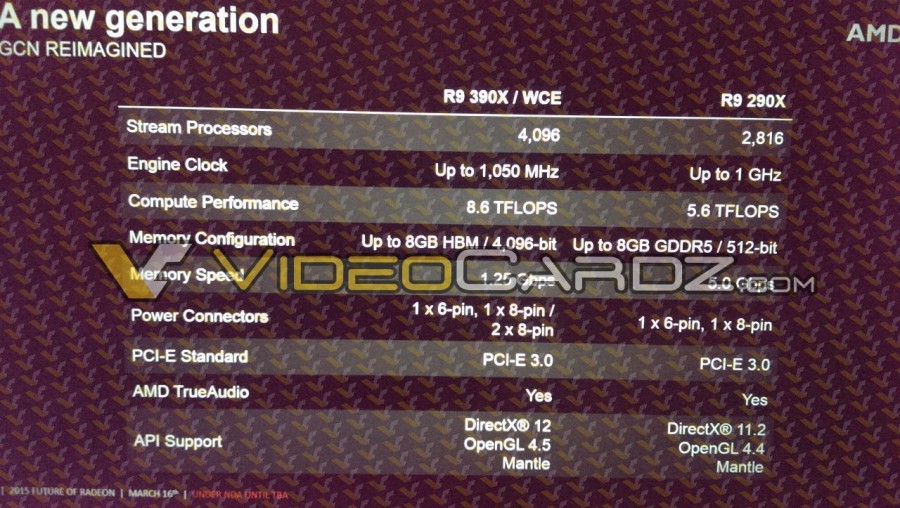 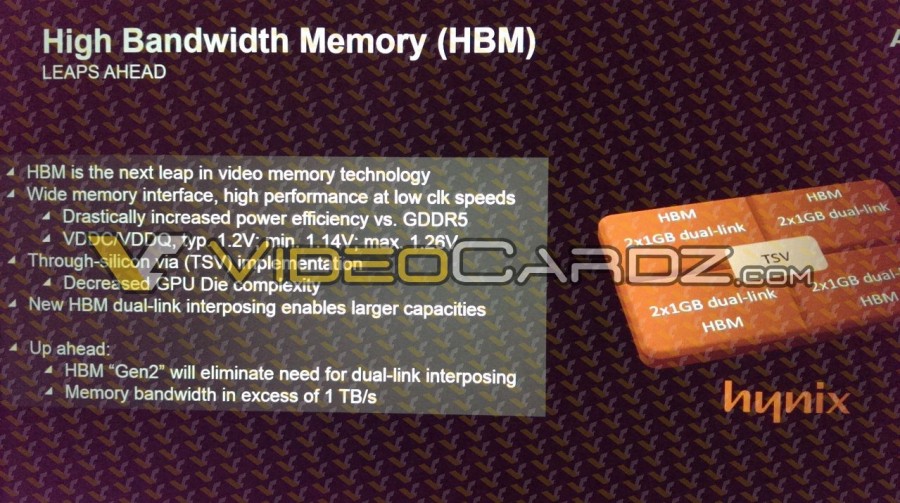 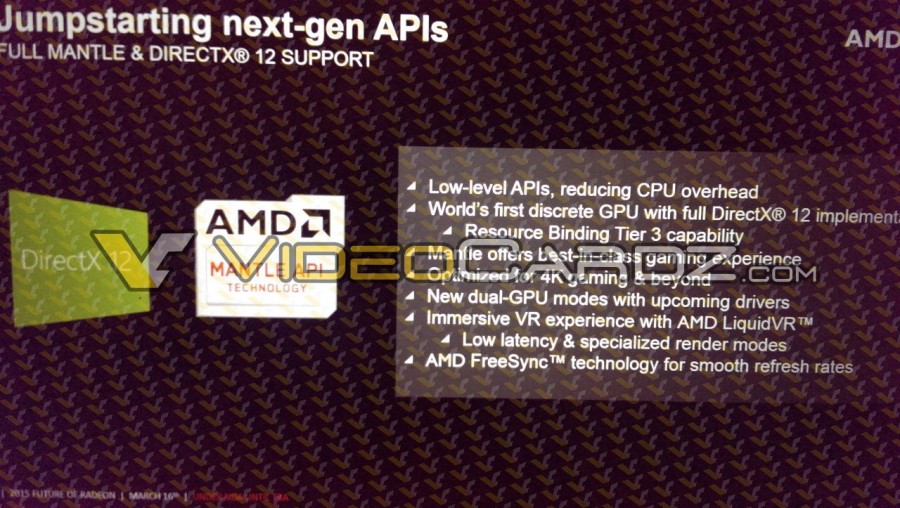 The 390X WCE (an internal codename?), is a special enthusiast edition that will be sold along with ‘typical’ custom coolers designed by AIBs. Unlike NVIDIA’s NVTTM cooling, WCE will not be the only available solution. Technically WCE could just be the reference model for reviewers, or slightly faster 390X for extra price. It’s really hard to tell right now. (They fixed the typo). 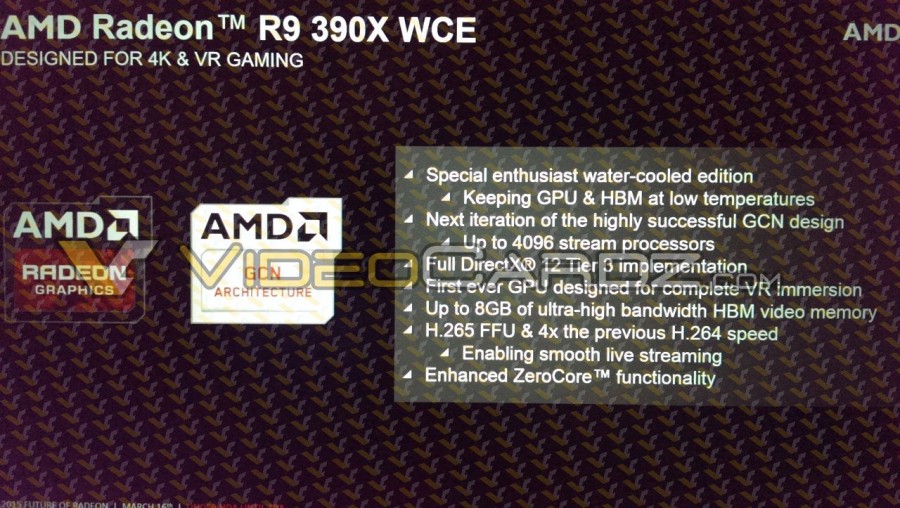 We also have first performance slide comparing R9 390X and R9 290X. We were told these are just estimated results. We are looking at huge speed bump to 1.5-1.65 the performance of R9 290X. And remember these are ‘4k UHD’ charts. (Why it has to be so blurry?) 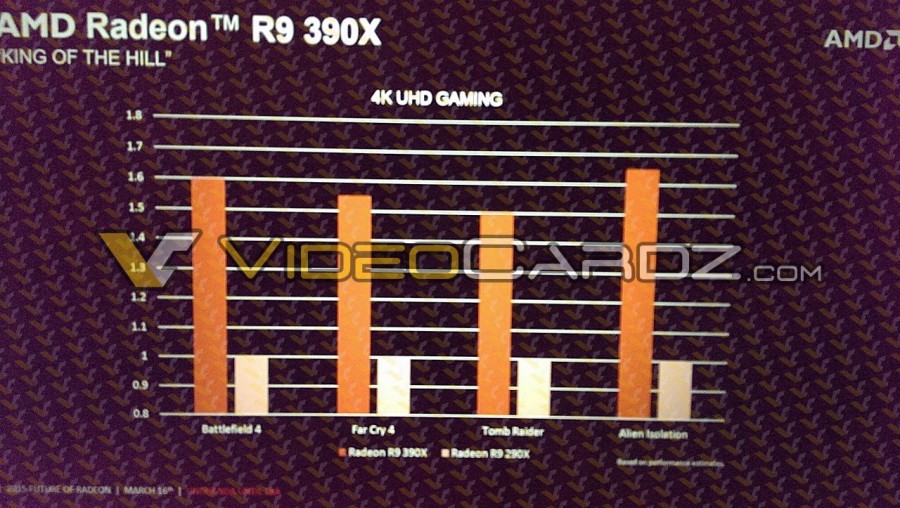