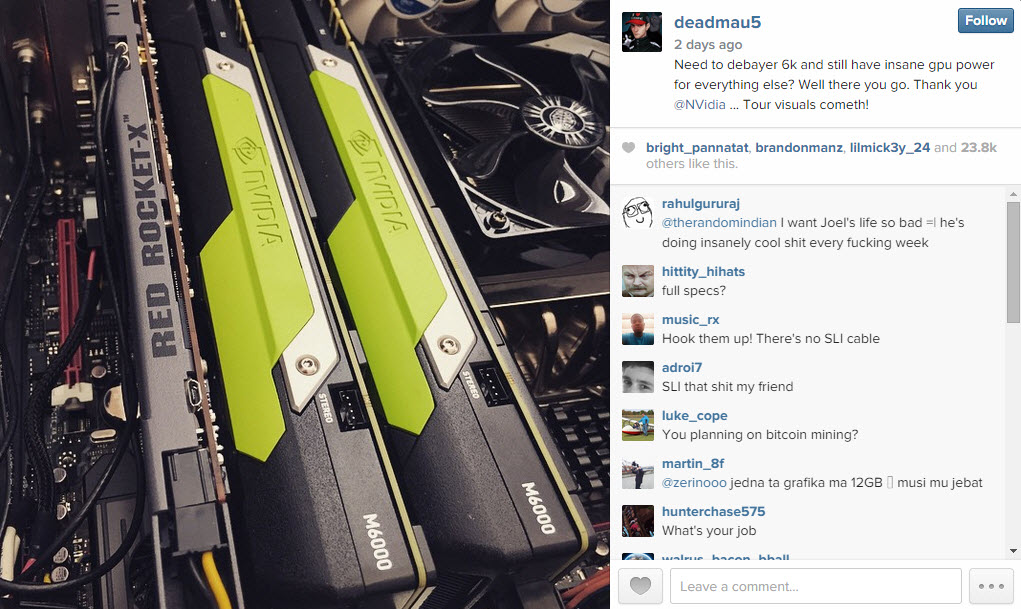 Not only TITAN X, but also Quadro M6000 will make an appearance during GTC.

The new leak came from very unusual source, progressive-house music producer – Deadmau5. Personally I’m a big fan of both the music genre and the artist, so I find this leak both hilarious and exciting.

We’ve leaked Quadro M6000 specs in January, when the new workstation card was discovered with full specs listed in GPU-Z database. The card is based on GM200 GPU, same as TITAN X. It boosts 3072 CUDA cores and 12 GB GDDR5 memory. Deadmau5 owns two cards for visual projections during his tours. 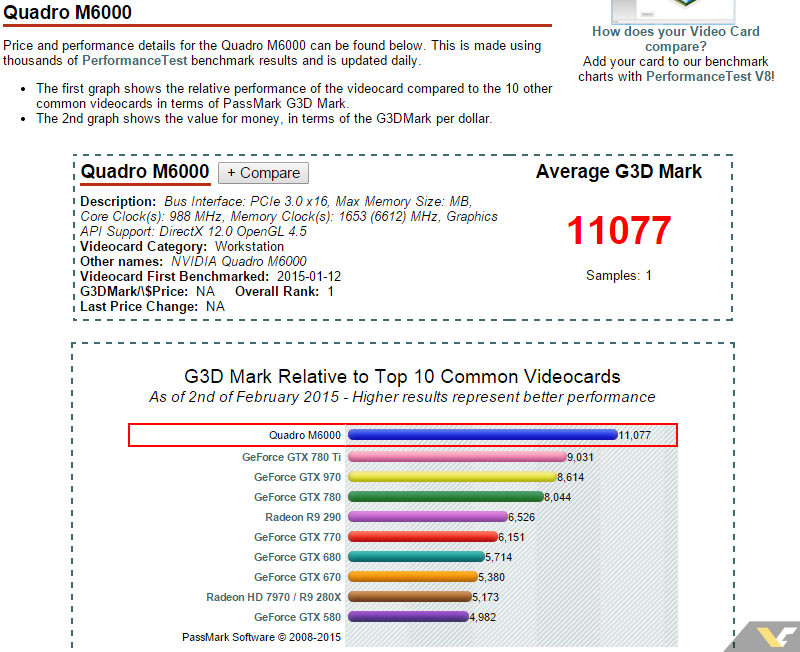