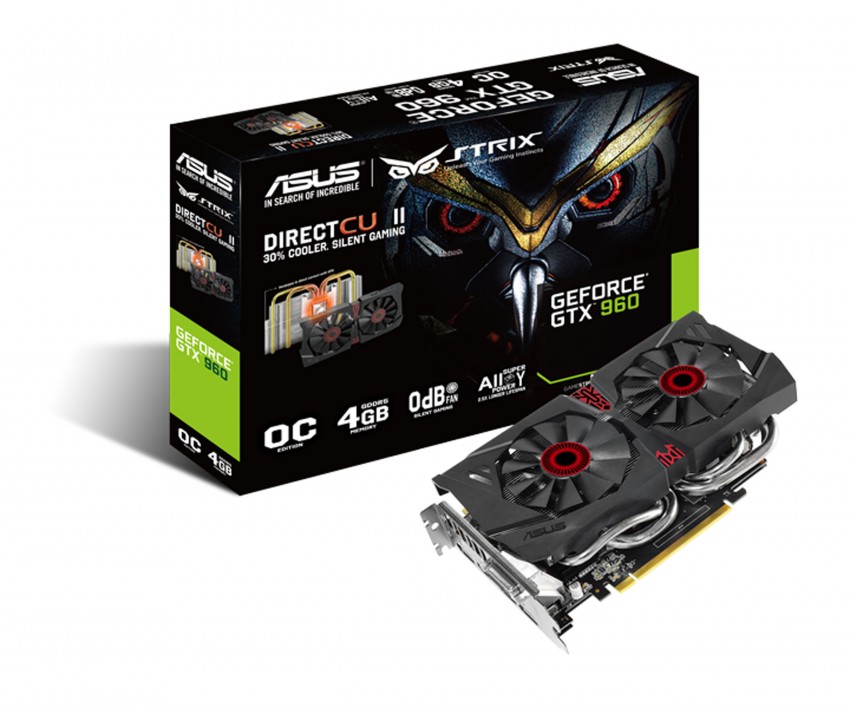 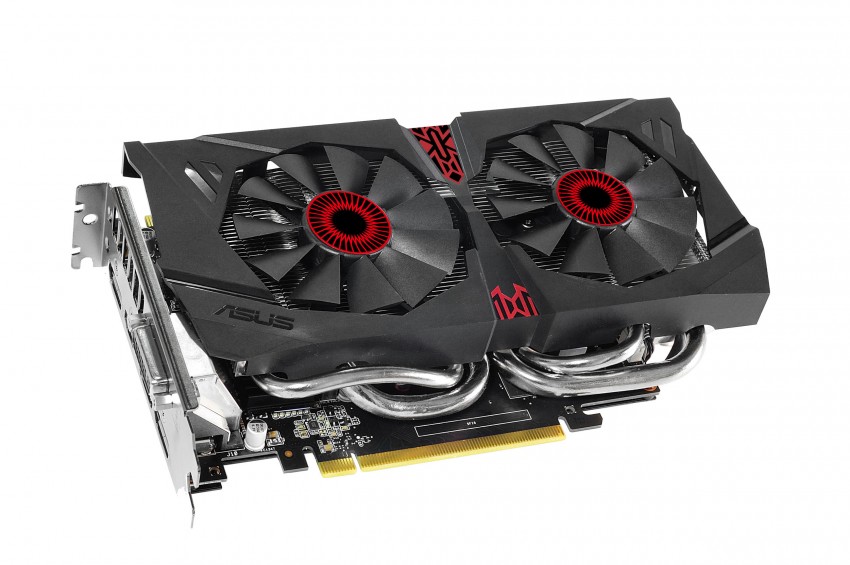 The critically acclaimed, semi-passive Strix DirectCU II heatsink is unchanged from the 2GB version; it features a large aluminium fin heatsink (220% larger than reference) that’s chilled by a pair of fans that stay off until a temperature threshold is reached. This means the card remains completely silent unless you’re gaming (or adding sustained GPU load via other apps). On the back are three DisplayPort 1.2, one HDMI 2.0 and one dual-link DVI port. It’s powered via a single 6-pin PCI-Express power connector that has white/red LEDs to indicate whether the plug is installed correctly, and inside it’s got the usual Super Alloy Power hardware upgrade.

People love backplates, so the ASUS graphics team has made sure to add a brushed aluminum one to keep the rear-side GDDR5 memory chips cool and protect the PCB. Meanwhile, on the software front it’s bundled with ASUS GPU Tweak with new XSplit Gamecaster for GPU overclocking along with game streaming. 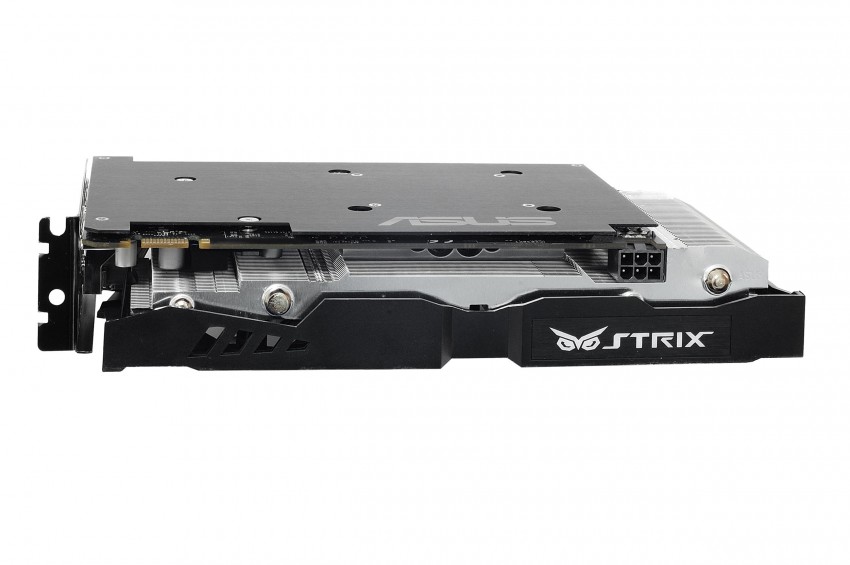 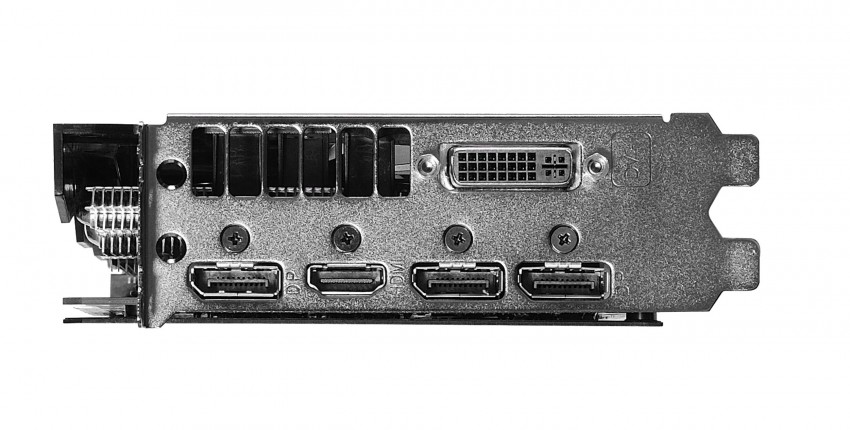