If you were holding back with the purchase of GeForce GTX 900 series graphics card, then information this might convince you.

Witcher 3, one of the most anticipated game of this year, will be bundled with GeForce 900 series for free. The advertisement does not say anything about TITAN X, so we’re assuming the promotion will start before TITAN X will be officially released (so before GTC2015), most likely in coming days (or hours).

NVIDIA is almost ready to launch more notebook GPUs, including GeForce GTX 960M, GTX 950M, 940M, 930M and 920M. These cards will not be bundled with Witcher 3. GeForce GTX 965M is also not included in the promotion. 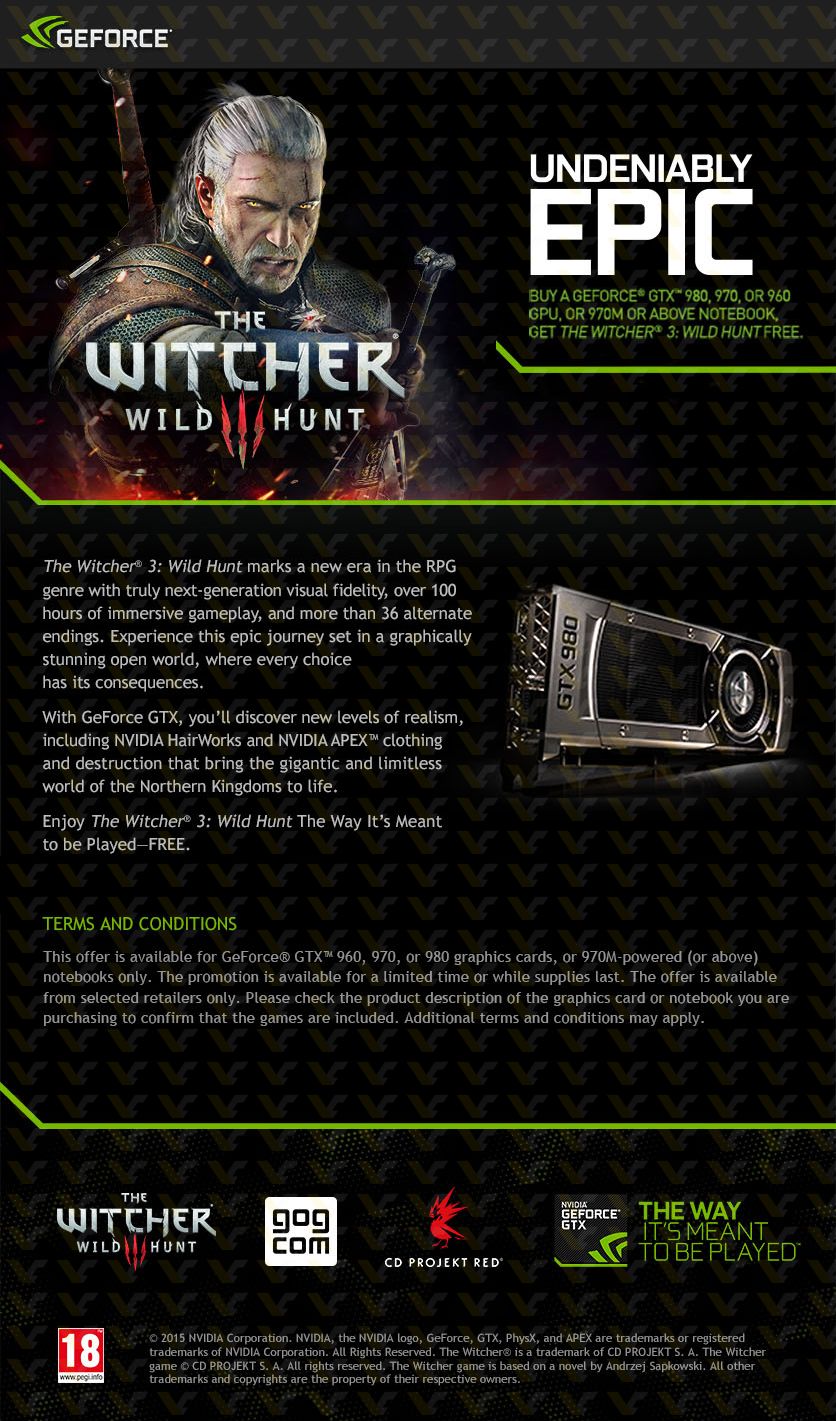