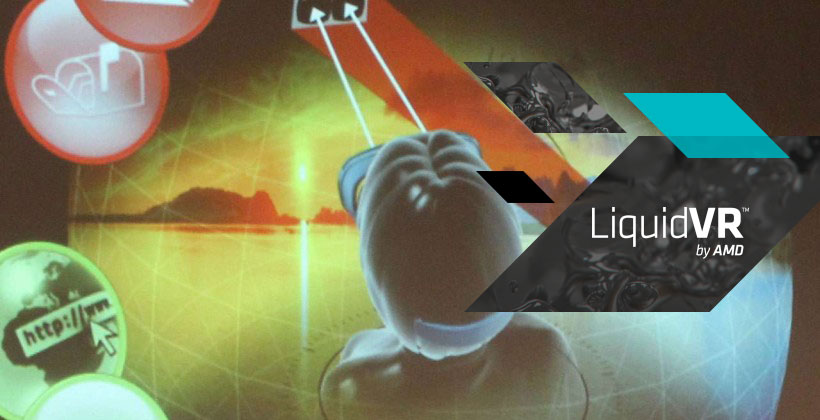 SAN FRANCISCO, CA –03/03/15 — Today, at the Game Developer Conference inSan Francisco, AMD (NASDAQ: AMD) announced an initiative to deliver the best possible VR experience for developers and users through new AMD technologies and partnerships. The first output of AMD’s initiative is LiquidVR™, a set of innovative technologies focused on enabling exceptional VR content development for AMD hardware, improved comfort in VR applications by facilitating performance, and plug-and-play compatibility with VR headsets. The upcoming LiquidVR SDK makes a number of technologies available which help address obstacles in content, comfort and compatibility that together take the industry a major step closer to true, life-like presence across all VR games, applications, and experiences.

In virtual reality, the concept of ‘presence’ is described as the perception of being physically present in a simulated, nonphysical world in a way that fully immerses the user. A key obstacle to achieving presence is addressing motion-to-photon latency, the time between when a user moves their head and when his or her eye sees an updated image reflecting that new position. Minimizing motion-to-photon latency is critical to achieving both presence and comfort, two key elements of great VR.

Reducing latency involves the entire processing pipeline, from the GPU, to the application, to the display technology in the headset. AMD GPU software and hardware subsystems are a major part of improving that latency equation, and with LiquidVR™, AMD is helping to solve the challenge by bringing smooth, liquid-like motion and responsiveness to developers and content creators for life-like presence in VR environments powered by AMD hardware.

“Achieving presence in a virtual world continues to be one of the most important elements to delivering amazing VR,” said Brendan Iribe, CEO of Oculus. “We’re excited to have AMD working with us on their part of the latency equation, introducing support for new features like asynchronous timewarp and late latching, and compatibility improvements that ensure that Oculus’ users have a great experience on AMD hardware.”

“Content, comfort, and compatibility are the cornerstones of our focus on VR at AMD and we’re taking a big step in all three areas with the introduction of LiquidVR™ today. With LiquidVR we’re collaborating with the ecosystem to unlock solutions to some of the toughest challenges in VR and giving the keys to developers of VR content so that they can bring exceptional new experiences to life,” said Raja Koduri, corporate vice president, Visual Computing, AMD. “AMD will continue to collaborate closely with the VR ecosystem to deliver new LiquidVR technologies that aim to make the virtual world every bit as accurate as the real world.”

Significant features of version 1.0 of the LiquidVR SDK include: 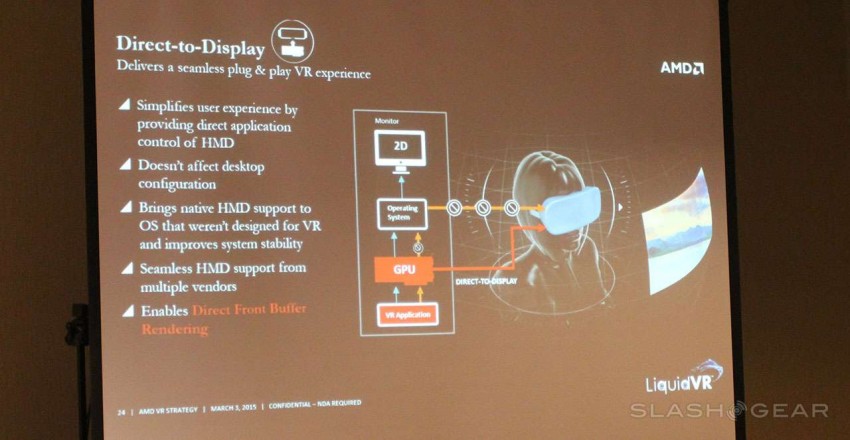 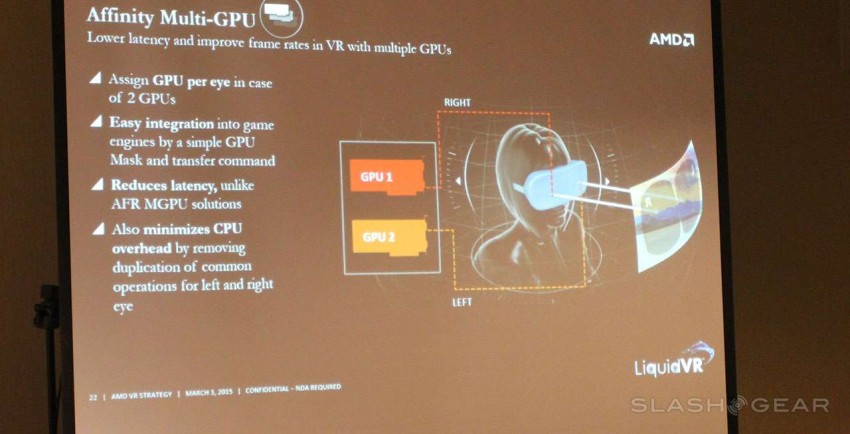 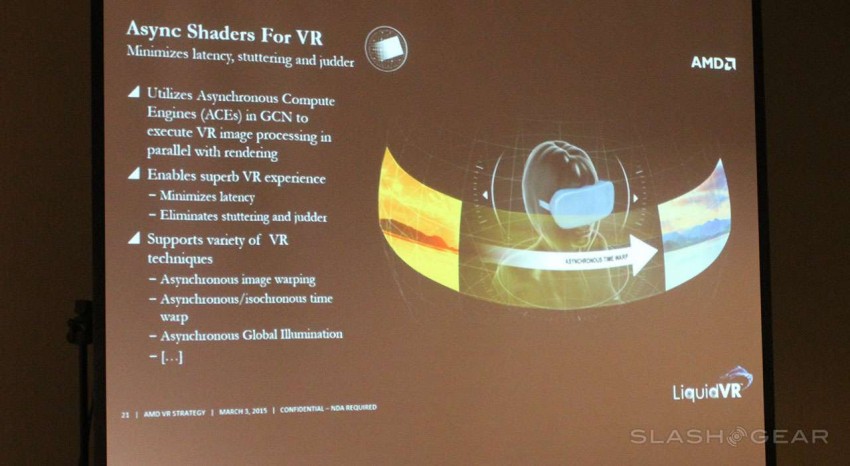 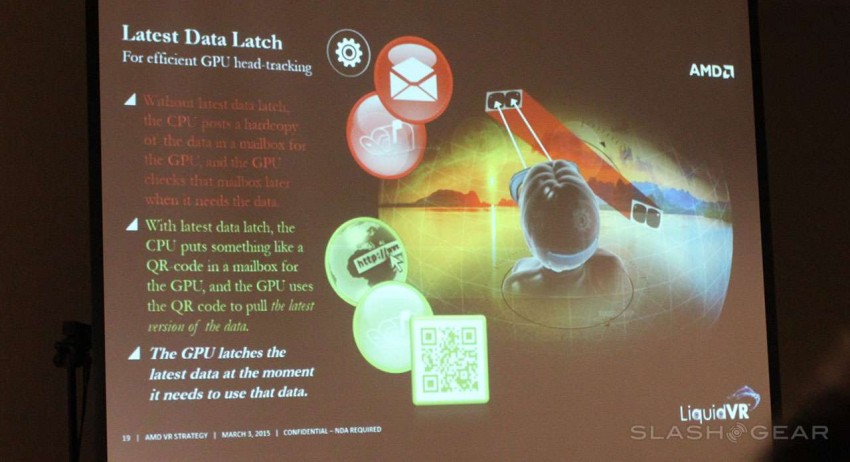 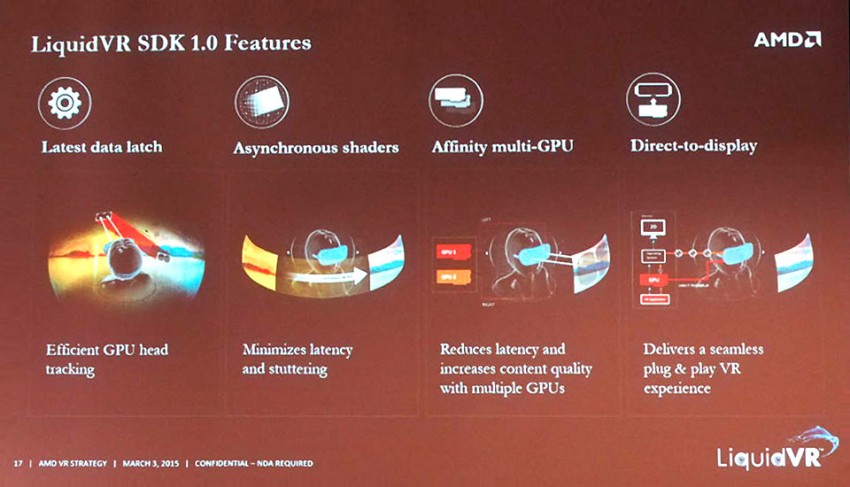 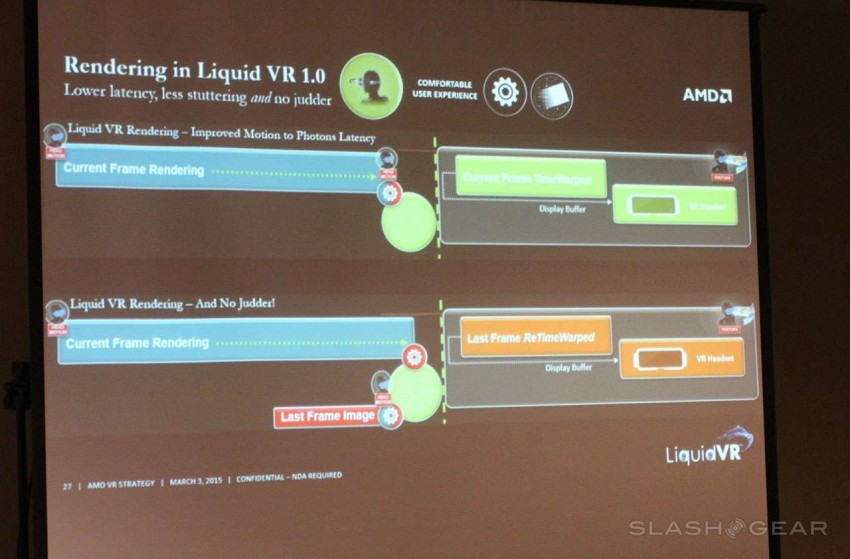